A German ex-parliamentarian is being investigated for possessing child pornography. Prosecutors and other experts are often forced to make difficult distinctions on whether a given image crosses the line into illegality. 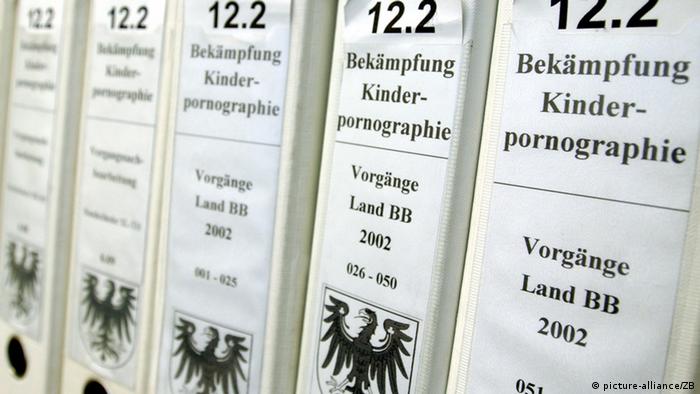 When it comes to the legal definition of child pornography in Germany, a large grey area exists. Just by entering relevant terms in a search engine or trying to open a picture on a computer, individuals can face prosecution. That's because searching for and attempting to obtain child pornography are illegal in Germany, just as the possession of such materials is.

Only certain experts or investigators are allowed to search for the images. If private citizens search on their own - even if their intent is to help the police - they are committing a criminal offense.

What is considered to be child pornographic material?

Paragraph 184b of the penal code states: pictures of sexual acts of, on or in front of children under the age of 14 are considered child pornography.

Explicit sexual acts must be recorded on the pictures or the video footage to meet the definition. "That means I have to be able to determine that sexual intercourse happens or at least that action takes place close to the genital area," said Arnd Hüneke, a criminal law expert at the University of Hannover, in an interview with DW.

Pictures that could be classed merely as posing cause particular difficulties for investigators. This represents a gray area in the classification of child pornography where careful distinctions have to be made, says Hüneke.

"Pictures containing only nudity or pictures of a child taken secretly are not punishable," he explains, but adds that if the picture highlights the buttocks or depicts straddled private parts, then it can begin to be classed as child pornography. 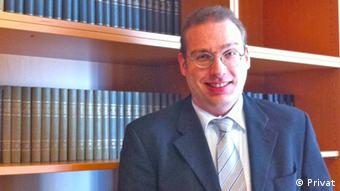 Hüneke: Pictures containing benign forms of nudity are not punishable

How is the seriousness of the offense measured?

German investigators use what's known as the COPINE scale, a system developed in Ireland and used to categorize the severity of the child pornographic pictures and video footage.

The scale starts at one with completely neutral pictures and ends at 10, where children are depicted in situations involving brutal abuse or bestiality. Instances of posing, for example, are classified between a four and a six on the scale.

Investigators also use the COPINE system, which was created within the framework of an EU project to battle child pornography, to detect the perpetrators' inclinations and to judge their risk potential. The pictures found on Sebastian Edathy's computer are allegedly categorized as level two, which would not be punishable provided it's just a case of possession.

When can a home be searched?

An initial suspicion of possessing child pornography is enough to warrant a house search. Legal proceedings are initiated only if incriminating evidence turns up. Hüneke believes that there was an initial suspicion in the Edathy case. Perhaps the investigators assumed that someone who orders pictures like those Edathy had might also be in possession of more explicit and illegal materials.

However, Monika Frommel, an emeritus criminal law professor, denounced the prosecutors' actions in the case of the former parliamentarian Edathy as "unconstitutional and illegal." Not only is it legal, she said, to order or to possess pictures of undressed children, but it's also the exercise of a constitutional right.

What is the punishment for child pornography?

For those involved in media production involving child pornography, the sentence ranges from three months to five years in prison, and the same sentencing guidelines apply when it comes to distributing such materials. But especially severe distribution cases can land the perpetrator in prison for up to 10 years.