Child autism diagnosis ′in vogue′ in Germany | Germany| News and in-depth reporting from Berlin and beyond | DW | 27.01.2017

A new study has suggested that German children are being prescribed inappropriate therapy because of wrong autism diagnoses. Parents may favor an autism diagnosis because it means children get extra help in school. 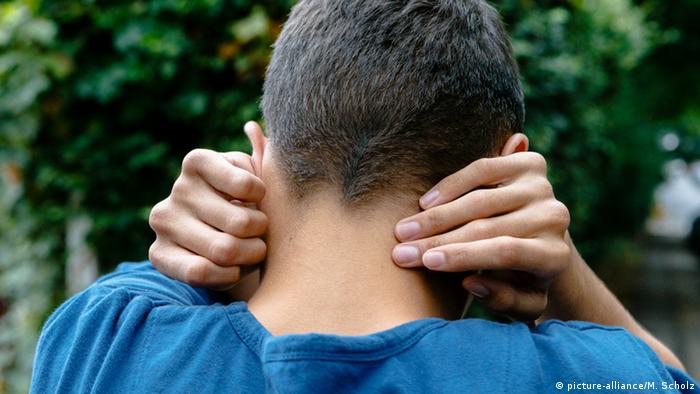 German doctors are diagnosing too many children and young people with autism, a new study by a team of child psychiatrists and researchers has found.

Mining seven years of data from state health insurer AOK, a team led by child psychiatrist Christian Bachmann and Falk Hoffmann, a health services researcher at the Carl-von-Ossietzky-University in Oldenburg, found that only a third of autism diagnoses of under-24s in 2007 had the same diagnosis in 2012. In many of the other cases, in which the diagnosis had been dropped in the intervening years, people may therefore have been prescribed inappropriate treatment or medication. The researchers believe many of these children may simply have a low IQ or learning difficulties, rather than autism.

Over the same period, the number of autism diagnoses in Germany is also increasing overall - from 0.22 percent of all under-24-year-olds in 2006 to 0.38 percent in 2012. That isn't particularly surprising, since other industrialized countries are showing similar trends - but what is unusual is that the high number of misdiagnoses was fairly unique to Germany - elsewhere, at least three-quarters of autism diagnoses did not change over several years.

The authors of the study believe the anomaly is down to an extra temptation in Germany's education system - autistic children in the country are entitled to extra help in schools, including a learning helper and cognitive behavorial treatments specifically designed for autism. The helpers are often teaching or psychology students who spend between 10 and 20 hours a week sitting alongside the child in class to help them learn.

Autism includes a range of developmental disorders - called the autism spectrum - that show symptoms such as problems with social interaction and narrow or repetitive behavioral patterns and interests. Most children with autism are capable of attending a normal school. 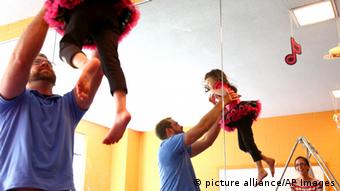 Proper autism diagnosis in Germany is thorough: usually involving an interview with the parents about the child's past, followed by tests where a series of social situations are acted out with the child, filmed, and then evaluated. "And you need the equipment to carry out this test and the evaluation, and not everyone who makes autism diagnoses have it," he said. "Without it, it might not be that solid."

Since autism is tricky to diagnose, Bachmann was keen to point out that just because a diagnosis had changed over time, that doesn't mean there was necessarily a misdiagnosis at first. "But you do get the feeling that people are asking whether a child might have autism much earlier, even with smaller behavior anomalies," he said. "And if you don't get an appointment it might mean you go to a place where the diagnostic quality is not as high, and of course then there are more misdiagnoses."

Friedrich Nolte, consultant at the Autismus Deutschland e. V. ("Autism Germany") association, was a little skeptical of the study. "It only covers people who had contact with the health system a second time, not the total number of people who had an autism diagnosis," he told DW. "So I think it has to be read with care. It's not that the diagnosis isn't there anymore, it's that the people who are diagnosed with autism and received treatment don't have to go back into the health system."

But Bachmann insists the new attention that autism has received in the past few years is having an effect on parents. "There is the social pressure: when parents say, 'We'd like that diagnosis, and if we don't get it from you we'll go somewhere else'," he said. "It could be that there is less money in the health systems in the US and Britain, and that if you have autism in Germany, you have access to certain aid funds. That might be an extra temptation." 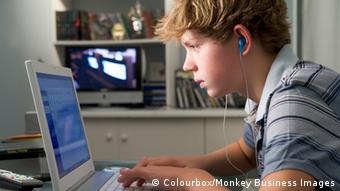 Most children with autism are fine attending a normal school

"That might happen in individual cases, but it wouldn't drive the numbers up that much," countered Nolte.

According to Bachmann, children with attention deficit hyperactivity disorder (ADHD) might also be misdiagnosed as having autism, because some symptoms are similar: lack of attention or interaction in social situations. Not only that, autism can also be especially difficult to diagnose in young children: "If a psychiatrist advises that the parent return with the child in a year, maybe they don't always take the time to do that."

Many children with autism also have learning disabilities - but there is an extra stigma attached to the latter. "I think it's sometimes possibly easier for parents to deal with the idea of autism than a learning disability - autism is often seen as less stigmatizing than a mental disability," said Bachmann. The question then is whether children are being given IQ tests during the diagnosis, which can take up to two hours:  "And I would say not everyone is doing that," said Bachmann.

Nolte is not convinced. "Of course autism sounds better than mental disability," he said. "But that doesn't explain these numbers, and no parent is happy with any diagnosis like this."

When being different comes in handy

Christian Andersen has Asperger’s. You might expect that he experienced bullying and a lack of empathy. And he did. But that’s not the whole story. Because now and again being different increases your employability. (12.11.2014)

While highly regulated, the amount of medicinal cannabis sold by German pharmacies has almost doubled in just one year. The Federal Ministry of Health has disclosed numbers following an inquiry request from Left Party. (16.09.2016)

People with severe health issues should be able to claim sex with prostitutes as a medical expense, according to the German Green party. Patients would need doctor's approval before filling a sex prescription. (08.01.2017)