Chernobyl-style meltdown ′not possible′ in Japan: Analyst | Environment | All topics from climate change to conservation | DW | 14.03.2011

The specter of Chernobyl looms over every failure of a nuclear reactor, but Mark Hibbs, senior associate for the Nuclear Policy Program at the Carnegie Endowment for International Peace, says such fears are exaggerated. 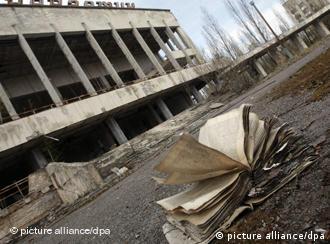 For over 20 years, Mark Hibbs was an editor and correspondent for the nuclear energy publications Nucleonics Week and Nuclear Fuel. He is now a senior associate in Carnegie's Nuclear Policy Program, based in Berlin.

DW-WORLD.DE: You have visited the Fukushima plant before. What is your impression of the safety controls there? 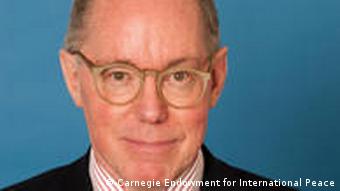 Mark Hibbs has been following nuclear issues for decades

Mark Hibbs: Well this is an older Japanese reactor. It dates from the early 1970s and it, like other stations in Japan from this period, has generally maintained a very high level of safety.

These reactors have been very critically surveyed by safety experts in Japan, and the problems that we're seeing in the reactors at Fukushima right now are not because of any lingering safety issues.

How do the damaged Japanese reactors compare to reactors that have melted down in the past – like those at Chernobyl, or Three Mile Island in the US?

The first on Friday afternoon was the earthquake, which led to a blackout and a trip of the reactor system. The second shock to the reactor was the tsunami, which I guess looks as if it hit the reactor perhaps about an hour later. An hour after the reactor shut down, for reasons that the Japanese experts attribute to the tsunami, the reactor coolant systems were disenabled.

So now we have the reactor shutdown generating heat from the hot fuel but no cooling systems. So that is the same basic scenario that we had in Three Mile Island.

That is not the same, by any means, as the accident at Chernobyl in 1986, where because the reactor had a completely different design, the physics of the reactor produced a power excursion and that led to an explosion of the reactor under conditions in which the reactor had no containment to withstand the pressure from the blast.

And we know what happened: a hole was blown out from the side of the reactor, and a large amount of the radioactive inventory from the fuel was propelled outside of the reactor building. That cannot happen here. These reactors are water-moderated. They're not graphite-moderated. There won't be any power excursion of this kind. That's just physically not possible.

The other point to keep in mind is that the information that we have from the Japanese in this case indicates that so far, both the pressure vessel - the steel vessel holding the fuel - and the containment vessel outside of that are intact.

Let's talk about the danger of a potential leak. When we look at Japan's population density, we see it's far denser than where the Chernobyl meltdown took place. Wouldn't even a minor leak in Japan be disastrous for the country?

The Japanese authorities are aware of the danger posed by a significant release of radioactive material from the reactor. That's the reason why beginning on Friday, they began evacuating people from the region, and they have continued to evacuate and extend the scope of the evacuation.

As I said, we don't have any indication so far that there's a breach in the containment of the reactor.

The reports that there is an increase recorded of 1000 percent or 2000 percent in the levels of contamination of cesium and other isotopes detected by monitors outside of the reactors do not mean very much, because you're beginning to measure from background radiation, which is virtually at zero. Where it would become alarming is if we were talking about increases of hundreds of thousands or millions of percent. Then we're talking about probably a more serious situation.

How long before we know the situation has been contained and the danger is passed? What kind of timeline are we looking at?

There has been a discussion as to what the timeline would be before a loss of coolant accident would result in a meltdown. And the estimates vary from reactor to reactor, and I guess the experience that we have indicates that there's no rule of thumb.

We're into day four of this accident, and in my view, that is possibly an optimistic sign that the Japanese authorities are having success in setting up a logistical chain of supply to the reactor from the outside. They're able to bring in equipment and expertise, they've got supplies of coolant to fill the reactor, they have emergency power supplies on the site now. And so after four days, it would appear that they've established this logistical connection to the world off-site.

One of the possibilities that I think should be considered is that because of the tsunami and the earthquake, it's possible that equipment in the reactor - valves or pumps that they're relying on to vent the pressure in the core and otherwise assure that the seawater that they're pouring into the core is circulating and is cooling the fuel - that this equipment may not be functioning as expected, posing yet another difficulty for them.

They have the coolant water, the seawater, and they have electrical power supplies at the reactor, but regardless of their efforts to get the seawater into the core of the reactor, they're having a lot of difficulties in bringing down the pressure inside of the core. So if that's the case, then this accident may continue for a while… 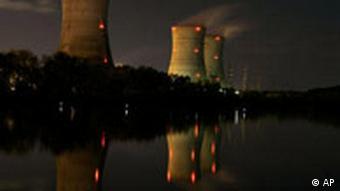 You're based in Berlin. What do you make of the debate that has re-opened here in Germany – should Germany be re-evaluating its nuclear energy policy in light of the events in Japan?

The events in Japan were triggered by an earthquake and a tsunami of an unexpected force. These events have dramatically shown us that the predictive capability of geoscience is at an early stage.

It also tells us that unexpected developments can happen that we can't predict. One of the things I am worried about is that in the last several years, as nuclear energy has gained in prestige and attraction because of growing global energy demand and also concern about global warming, that in the rush to set up nuclear power programs worldwide, that countries are perhaps neglecting some of the issues that would have to be solved and which would come into play in a case like this.

That would be the case for Germany, but also for any other country. I anticipate that there will be a fresh discussion of the issue of how our energy-hungry societies are going to satisfy their demands for energy in the next half a century.

The explosion at a reactor in the quake-hit Fukushima plant has awoken fears about nuclear power safety among DW readers. Some, however, say media hype masks the fact that atomic energy is cleaner and safer than coal. (13.03.2011)

The science behind how a nuclear meltdown occurs

After the disasters of an earthquake and tsunami, Japan also suffered under the threat of a meltdown in a nuclear reactor. Here is how a meltdown happens. (12.03.2011)

Although Japan did not hold an official national event to commemorate victims of the nuclear disaster this year, thousands of former residents of the towns around the nuclear facility gathered to offer their prayers.