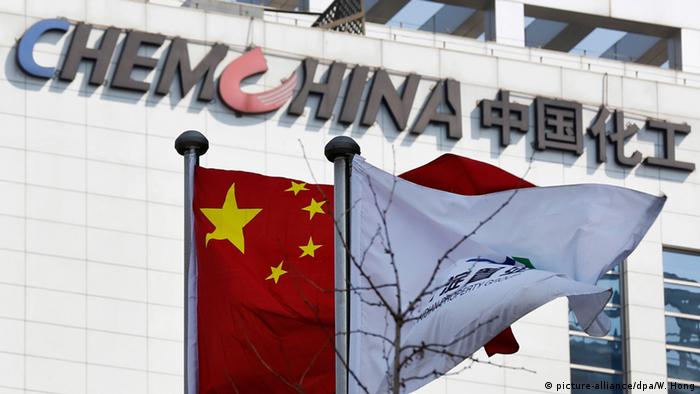 Syngenta's board said Wednesday the Chinese company offered shareholders in the Swiss pesticide giant $465 (426 euro) a share plus a special dividend, making the deal worth a total of $42.8 billion.

The board said in a statement it supported the proposed takeover because it "respects the interests of all stakeholders," and would enable "further expansion of Syngenta's presence in emerging markets and notably in China."

Sources familiar with the matter told Bloomberg financial newswire that an agreement could be announced as early as Wednesday when the Swiss company gives its earnings report.

Michel Demare, Chairman of Syngenta, said ChemChina was recognizing "the quality and potential" of Syngenta's business. "This includes industry-leading R&D and manufacturing and the quality of our people worldwide."

Syngenta would remain in Switzerland, he added, reflecting this country's attractiveness as a corporate location. Other details of the deal include that Syngenta's existing management will continue to run the company, with a 10-member board of directors planned to be headed by ChemChina chairman Ren Jianxin.

According to Bloomberg, the transaction outstrips the purchase of China Unicom Hong Kong by China Netcom Group for $28 billion in 2008, making Syngenta China's biggest overseas acquisition to date.

Moreover, it's the second major takeover in the global agricultural industry in recent months after US companies Dow Chemical and DuPont agreed to a $130-billion merger.

Syngenta was founded in the year 2000, following the merger of the agricultural segments of pharmaceutical firms Novartis and AstraZeneca.

In recent months, Syngenta's management has undergone a change of mind, warming up to the prospect of a takeover under increased shareholder pressure and saying good-bye to what pundits have called a go-it-alone mentality.

For ChemChina, the merger would mean the continuation of an extensive shopping spree in Europe. It recently announced it would buy Germany's KraussMaffei Group, a maker of machinery for producing plastics and rubber.

In January of this year, ChemChina reported it had bought a 12-percent stake in Swiss energy and commodities trader Mercuria, also in a bid to expand its portfolio.

Stock market turmoil and less-than-rosy economic data leave no doubt that China’s economy is in dire straits. But that hasn’t stopped massive, state-owned corporations from going on shopping sprees in Europe. (13.01.2016)