Eden Hazard's first half penalty was enough to secure victory over Manchester United at Wembley. Matchwinner Eden Hazard and coach Antonio Conte are both linked with a move away from the club this summer. 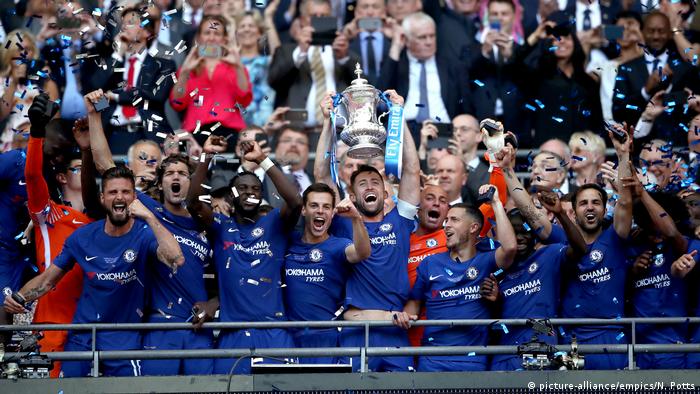 Blue is the color of the FA Cup. It wasn't pretty, but dogged defending following Eden Hazard's first half penalty did enough to secure Chelsea's eighth ever FA Cup triumph. Rumors continue to link the matchwinner with a summer move away from Stamford Bridge, though the Belgian refused to be drawn on his future after the final whistle.

“We tried to defend well. We scored one goal, it’s enough today," Hazard told reporters at full-time. "Though if we want to win a lot of games, we need to play better, because we just played defensively. But we won it and we are happy. Now I’m just happy. We didn’t play a great season, but we finished well.”

Manchester United fans would have been fearing the worst before kick-off, with the news that Romelu Lukaku was only fit enough to make the bench. The Belgian has a reputation for hiding in big games but is still the club's top scorer this season with 28 goals in all competitions. His absence was keenly felt as United lacked a cutting edge all afternoon.

It was a tense affair from the off - unsurprising given the occasion - and few chances were created before Phil Jones scythed down Hazard in the penalty area in the 21st minute. He never looked like missing, rolling the ball nonchalantly to the right of David De Gea after the United keeper committed early. It was trademark finish from a player who never appears uncomfortable in the limelight. 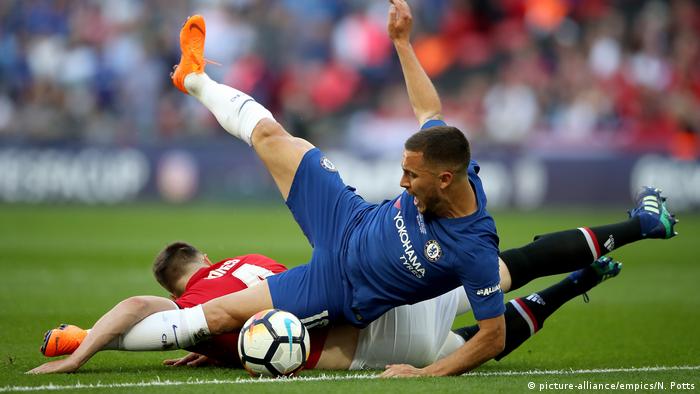 It was one-way traffic thereafter. Manchester United attacked in droves until half-time and the story continued much the same after half-time. The Blues stood firm, however, swatting away attacks obdurately as their opponents dominated possesion.

The red half of Wembley eventually erupted in the 63rd minute, as Alexis Sanchez poked hom from close range following an awkward parry from Thibaut Cortois. The Chilean was correctly flagged offside, however.

Lukaku was eventually summoned from the bench, with Marcus Rashford giving way in the 73rd minute. It was too little, too late, however, with Chelsea growing in confidence as the clocked ticked down.

The game was billed as a final showdown between coaches Antonio Conte and Jose Mourinho. The two have verbally sparred relentlessly throughout this season and much of last. Conte's win will be all the sweeter for having vanquished his foe in what many believe was his final game as Chelsea coach. He's linked with a move away from West London after relations between the Italian and the club's board soured since he secured the Premier League title last season, his first in charge.

It's the end of an era. How Chelsea fare in the next one will have much to do with Eden Hazard. Whoever occupies the dugout next season will find their job far easier if the Belgian can be persuaded to stay.