Monaco had it all to do after losing 5-3 in Manchester. But the Ligue 1 side produced a stirring comeback to dump Pep Guardiola out of the Champions League at the last 16 stage for the first time in his coaching career. 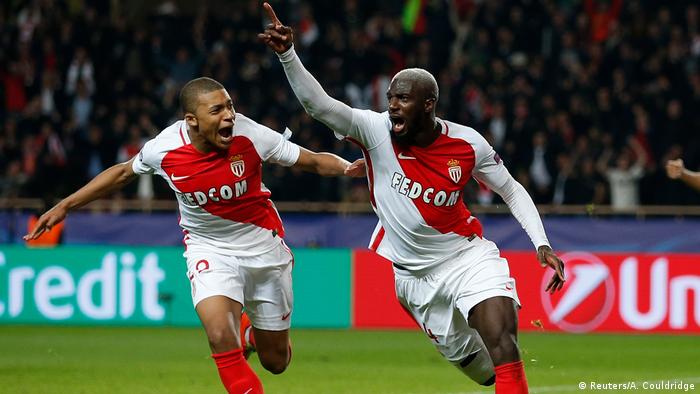 French teenager Kylian Mbappe, Fabinho and Tiemoue Bakayoko scored for Monaco on a memorable European night for the principality club, who underlined their growing status as one of the continent's most exciting sides.

"We were very sloppy and not up to our standard in the first half," Stones told British broadcaster "BT Sport". "We wanted to create but we weren't clinical enough in both boxes. We didn't create enough and we weren't defensively solid."

City, who won the first leg 5-3 in a remarkable game in Manchester, were completely overwhelmed in the first half and fell two goals behind, but reacted after the break. Germany star Leroy Sané reduced the arrears as Monaco seemed to run out of steam.

Bakayoko, however, headed home tie-winning goal to ensure Monaco were celebrating at full time after the tie finished 6-6 over two enthralling encounters, sending the leaders of the French first division through on away goals.

Monaco, who were without the injured striker Radamel Falcao, are the only side from the French league left in the competition after Paris Saint-Germain were knocked out by Barcelona.