Bayern Munich did enough to beat Lazio, easing into the quarterfinals of the Champions League. Coach Hansi Flick insisted that he and Bayern's sporting director Hasan Salihamidzic have put their differences aside. 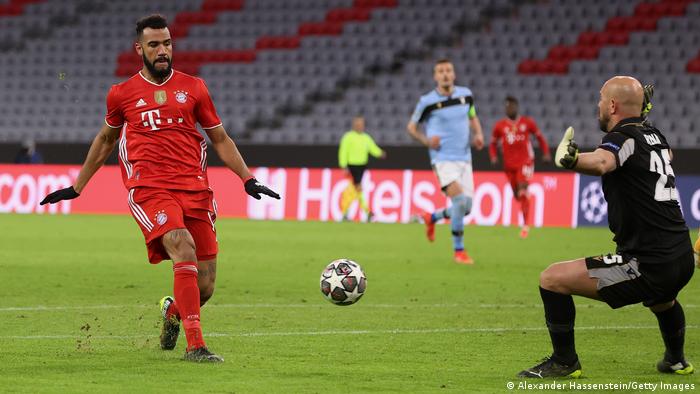 It would be fair to say that there have been simmering tensions between Hansi Flick, Bayern Munich's coach, and Hasan Salihamidzic, the club's sporting director.

The build-up to Lazio's visit to Munich on Wednesday night saw Flick having to defend his position as chief decision-maker, specifically around the number of minutes being given to Alexander Nübel, the goalkeeper signed from Schalke last year as Manuel Neuer's understudy.

Nübel has reportedly been promised 10 games a season, but has so far played just twice. This appears to have caused friction between Flick and his sporting director, who Flick says does not have any say in team selections — nor does Flick know anything about agreements made to individual players. 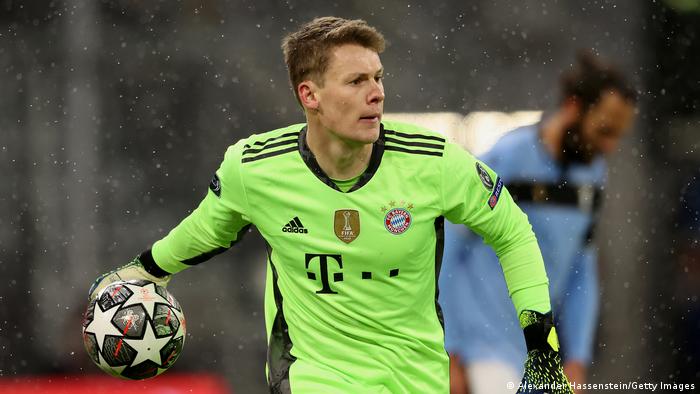 'In the best interests of the club'

With Bayern comfortably 4-1 ahead from the first leg in Rome, Nübel lined up in goal on Tuesday in Munich, delivering a competent performance on a night when he was rarely tested, despite conceding to a late Marco Parolo header. After the game, Flick confirmed that a conversation had taken place between himself and Salihamidzic earlier in the day.

"We have both approached each other and sorted it out, in the best interests of the club. It was a short conversation. Both of us are very optimistic for the rest of the season, for our future," Flick told Sky television. "It was important for both of us, for the team and the club."

Bayern's Joshua Kimmich also spoke about the issue after the game: "You get to hear what is what is written outside, what is discussed. At the end of the day, it would be better for our success if there was peace and quiet, especially internally. If we give fuel to the outside world, I think it doesn't help us as a team," he told Sky. "As far as I know, our coach still has a contract for a while. From that point of view, I'm quite relaxed about it." 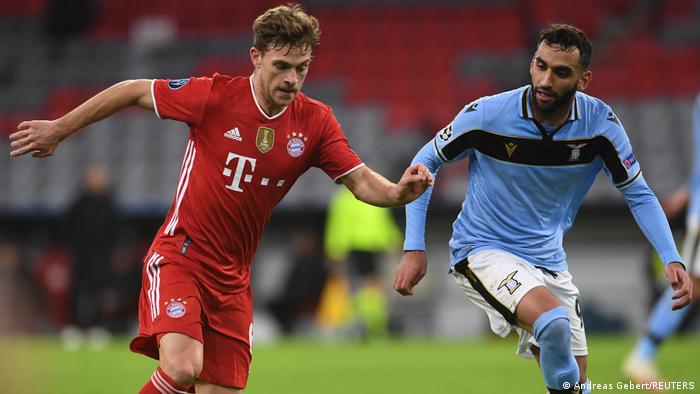 Lazio put up a decent fight on the night, but the 6-2 aggregate scoreline says it all. Over the two legs Bayern were smarter, shrewder and more measured in front of goal than their Italian opponents, who gave away a needless penalty in the first half.

The moment Robert Lewandowski sent Pepe Reina the wrong way from 12 yards, the game's intensity had gone and Bayern knew the rest was just a formality. Bayern didn't need to be at their best to get through and Eric Maxim Choupo-Moting added the gloss with a neatly-taken second.

It was all too easy, and for the ninth time in 10 seasons, Bayern are into the final eight of the Champions League. And once more, they have all the tools to go all the way – with only Manchester City currently looking capable of challenging Bayern's status as continental champions.

"There are eight teams left, the best of the best will play each other. That's exactly where we want to be and where we feel comfortable," said Flick. "Now it's important that we get a good opponent and then deliver two top games. We want to finish the season as successfully as possible."