The Nobel Peace Prize committee has elected a new chairman to replace Thorbjoern Jagland. The move is unprecedented in the long history of the award. 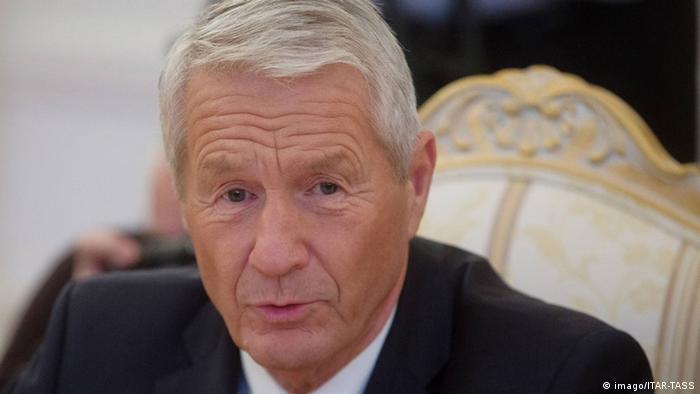 Norway's Nobel Peace Prize committee gave no reason on Tuesday for its decision to demote chairman Thorbjoern Jagland (pictured above).

The former Norwegian prime minister, however, will remain a committee member.

Jagland, who is a renowned diplomat, was heavily criticized for awarding the prestigious Nobel to newly elected US President Barack Obama shortly after he became the committee chairman in 2009.

The international community had a shocked reaction to the award as Obama had been in office less than nine months and the US was waging wars in both Afghanistan and Iraq.

Jagland said the organization wanted to praise the US leader's early vision of a world free of nuclear weapons and capture “the spirit of the times, the needs of the era”.

The 64-year-old will be replaced by deputy chair Kaci Kullmann Five, a former leader of Norway's ruling Conservative Party.

“There was broad agreement within the committee that Thorbjoern Jagland was a good chair for six years,” Kullmann Five told reporters, but declined to comment further.

A career shrouded in controversy

A year after Obama received the prize, the committee's relations with Beijing were sullied over Jagland's decision to honor jailed Chinese dissident Liu Xiaobo.

There was more controversy in 2012 when he handed the award to the European Union for its commitment to “peace and reconciliation, democracy and human rights”.

Jagland was accused of having a conflict of interests as he was also head of the 47-nation Council of Europe.

“The EU is clearly not the ‘champion of peace' that Alfred Nobel had in mind when he wrote his will,” Archbishop Desmond Tutu wrote in an open letter with two other former laureates.

No serving chair has ever been ousted since the awards started in 1901, even with shifting political majorities.

The committee is appointed in line with the strength of parties in Norway's parliament.