Today's publishers are either closing or merging into weighty giants. Family-run publisher C.H. Beck, now celebrating 250 years, is bucking the trend. But trans-Atlantic talks could disrupt its comfortable perch. 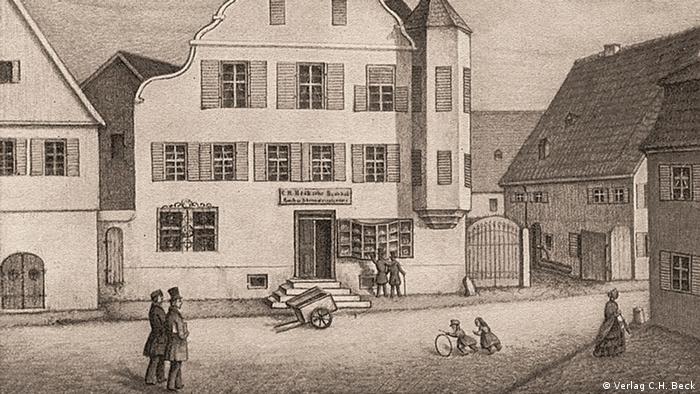 The doors are lined with one placard after another announcing prestigious degrees. No, we're not at Harvard or Princeton, but at the C.H. Beck publishing house, a place where intelligent editors have been publishing books by the country's top intellectuals for the last 250 years.

Most German students know the publishing house from days when sheer boredom drove them to pick up a copy of "C.H. Beck Wissen," a 128-page summary of every topic ranging from insects to Gandhi to Roman history. More than 500 titles in the same series have now been published and circulated in over one million copies.

Law students and grads, on the other hand, will be familiar with C.H. Beck's red law books, since the house is Germany's leading publisher when it comes to legal texts. Although the bulk of the staff and turnover belong to the jurisprudential department, C.H. Beck's fiction and non-fiction sections are not subsidized by the successful law section, as many may assume.

"Without the juristic publishing house, we would still be a respectable middle-sized publisher," said Detlef Felken, chief editor of the non-fiction program. "The legal publishing house, however, gives us economic backing and therefore more freedom."

Apart from its exceptional age, it's also unusual today, in a time when the industry is merging into giant conglomerates, that C.H. Beck is still family-run. Felken sees this as an advantage. "This way we are less dependent on market fluctuations," he observed. "Furthermore, a family with such a long tradition has a different sense of responsibility towards their heritage than a manager." 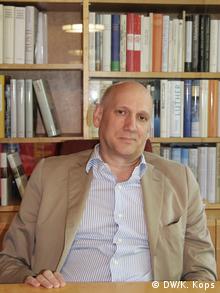 Thomas Keiderling, associate professor for book science at the University of Leipzig, sees the family tradition in a different light, however. "The advantage of a publishing house run by managers is that you can get a good manager in case your son messes things up," he told DW.

The publishing house was founded when Carl Gottlob Beck bought a print shop and a bookstore in Nördlingen on Septmeber 9, 1763. It was the third generation in the Beck family, also named Carl Beck, who in the early 19th century set a course for the publishing house by focusing first on jurisprudential and theological works.

The house also made a name for itself in non-fiction and Oscar Beck, the fourth generation in the business, introduced the historical non-fiction branch in the 1880s, which would become another strong point for C.H. Beck.

In 1999 C.H. Beck restructured its fiction program and author Aravind Adiga, who won the Booker prize in 2008 for his novel "The White Tiger," is among their most successful names in that section.

Yet, there is, like in many older German companies, also a bleak section in their history: The publishing house was - partly voluntarily, partly involuntarily - interwoven with the Third Reich. By purchasing the Jewish Liebmann publishing house at the beginning of the Nazi regime in 1933 under what were most likely unfair conditions, C.H. Beck became Germany's largest specialized publisher for law books. 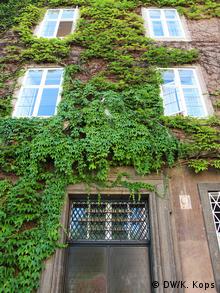 According to Felken, this dark shadow is what motivated C.H. Beck to publish many critical works about the Third Reich and Jewish history in recent years.

Publishing houses like C.H. Beck contribute to Germany's deeply rooted literary culture. Per capita, it has more libraries, book stores, literary awards, and book reviews than nearly any other country in the world - not to mention the world's largest book trade fair in Frankfurt.

All that would not be possible without Germany's fixed book price arrangement, which legally binds book pricing. Possible amendments to the Transatlantic Free Trade Agreement in the near future could change that, but so far, the book market has been kept safe from foreign pressure.

"The fixed book prize arrangement is the be all and end all of our program, not least because our program is not only focused on popular fiction or non-fiction," said Felken. He views the Transatlantic Free Trade Agreement as a danger to Germany's cultural richness.

Keiderling already sees a monopolization of the book market. "If the publishing house stumbles once, it could be bought by a bigger one like Bertelsmann," he lamented.

Nevertheless, C.H. Beck has managed to weather two and a half centuries of market developments and were among the first to experiment with digizalization nearly two decades ago. Now, nearly every book they publish is also offered as an e-book. Perhaps C.H. Beck will have at least another 250 years ahead.