Amid rising anti-globalization sentiment, the EU-Canada trade pact has moved a step closer to reality after the EU trade committee gave its backing. MEPs see the deal as a symbolic show of support for open markets. 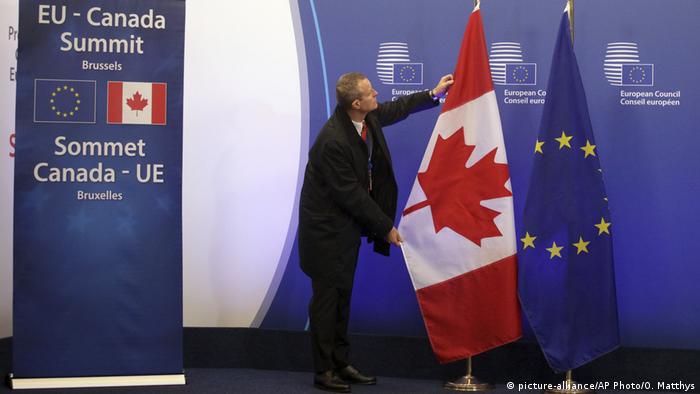 Amid rising anti-globalization sentiment and protectionist policies, the comprehensive free-trade agreement between the EU and Canada moved a step closer to becoming reality on Tuesday as the European Parliament's trade committees gave the deal its backing.

Following months of protests and heated debates, the committee voted 25-15 in favor of the agreement, known as the Comprehensive Economic and Trade Agreement (CETA), during a heated session in Brussels.

The EU is tripping itself up in trying to get its free trade deal with Canada right. A fear of globalization is behind the CETA holdup, writes DW's Christoph Hasselbach. (27.10.2016)

The deal will now be put to a vote during a plenary session in the European Parliament on February 15, where it is widely expected to pass.

EU leaders hope the deal serves as symbolic show of support for open markets in the face of rising protectionism championed by US President Donald Trump. "I stand for a strong and global Europe and for open markets," Artis Pabriks, MEP and rapporteur for CETA, said ahead of the vote. "The duty of our governments is to ensure that each and every one of us benefits from this wealth."

Social democrat MEP David Martin, also a key backer of the deal, praised CETA for enshrining new standards in the international trade. "With CETA, we are rejecting unfettered globalization and laying the foundations for a new era of rules-based trade," he said.

EU Trade Commissioner Cecilia Malmstrom stressed that Canada was a key ally and trade partner in these uncertain times. Referring to the United States, she said: "We have an important friend and ally who seems to be at least partly disengaging from the international scene, promoting less trade, more protectionism." 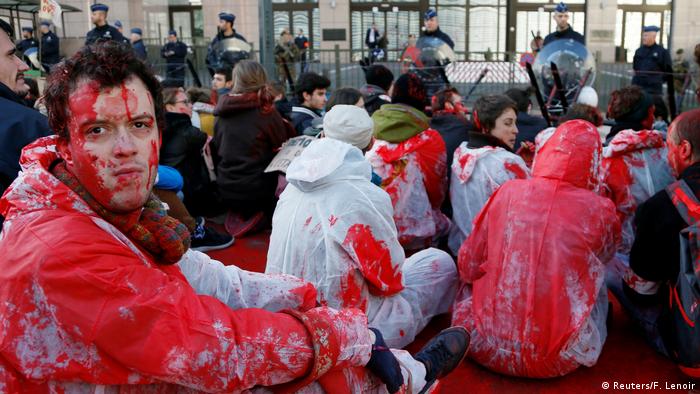 Opponents to the CETA agreement fear it will force a race to the bottom in environmental and agriculture standards.

On Monday, the US withdrew from the Trans-Pacific Partnership free trade pactwith Asia. Trump is also widely expected to withdraw the US from a similar deal with the EU known as the Transatlantic Trade and Investment Partnership or TTIP.

However, CETA opponents slammed the agreement, arguing that it forges a race to the bottom in health and environmental standards, while also allowing multinationals to circumvent government regulation.

Following the vote, Greens MEP and French presidential candidate Yannick Jadot warned that the European Parliament "has ignored all the lessons of Trump's victory and the Brexit vote in giving more power to corporations and reducing the power of citizens." Seven years in the making

The EU and Canada formally launched negotiation for a free trade deal seven years ago. A final agreement was formally signed by both parties in November, although lawmakers in the Belgian region of Wallonia, population 3.5 million, initially rejected the proposal, threatening to upend the entire deal.

If the European Parliament votes in favor of CETA in February, it could enter force as early as March or April, although only provisionally and in the form of a removal on import tariffs. All 28 member states, as well as Belgium's regions, will need to ratify the deal before it takes full effect.