Peacekeepers have escorted 1,300 Muslims out of the Central African Republic’s capital. Some leaders fear that the exodus will make permanent divisions that have led to talk of partition after 18 months of conflict. 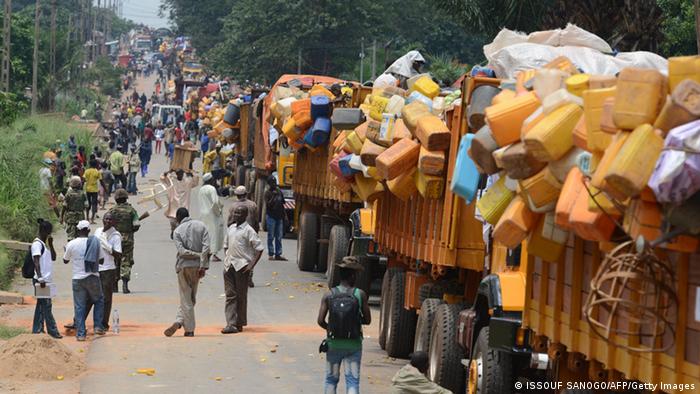 On Sunday, foreign troops escorted 1,300 Muslims out of Bangui. Peacekeepers stood by as Christians, some armed with machetes and bows and arrows, picked apart houses in Bangui's northern PK12 neighborhood, once a Muslim stronghold.

"It's tragic and inexcusable that the situation was allowed to fall apart so that in the end evacuation was the only way to save people's lives," said Joanne Mariner, a senior crisis adviser for Amnesty International. "Much more should have been done to prevent ethnic cleansing in December and January - before tens of thousands of Muslims had fled."

Rebels called Seleka seized Bangui last year from President Francois Bozize, whom they had accused of marginalizing Muslims in the country of 4.6 million people - about 80 percent of whom are Christian. However, abuses and killings committed during the rebels' time in power led to the creation of self-defense militia in the Central African Republic's majority-Christian south.

In January, Seleka leader Michel Djotodia stepped down under international pressure. Backed by French and African peacekeepers, interim authorities have struggled to restore order. Rights groups have reported ethnic cleansing in parts of the country.

Not all support the evacuations. Reconciliation Minister Antoinette Montaigne warned the exodus could undermine peace efforts and play into the hands of rebels seeking to create a Muslim state in the north.

"I decided to join the debate because nobody has shown concern for the vital stakes of reconciliation," Montaigne said, warning that uprooting communities on religious and ethnic grounds could cause "cultural and sociological imbalances."

On Sunday, after watching their former neighbors leave from behind a thin white rope barrier put up by Congolese peacekeepers, hundreds of Christians began looting. Many chanted "Liberation, Liberation!" Others mockingly swept the dirt from the ground in front of the mosque with brooms and shouted "We have cleaned Central African Republic of the Muslims!"