The ICC had issued the arrest warrant of Patrice-Edouard Ngaissona for war crimes. He is the suspected leader of a militia accused of carrying out attacks on the Central African Republic's Muslim population. 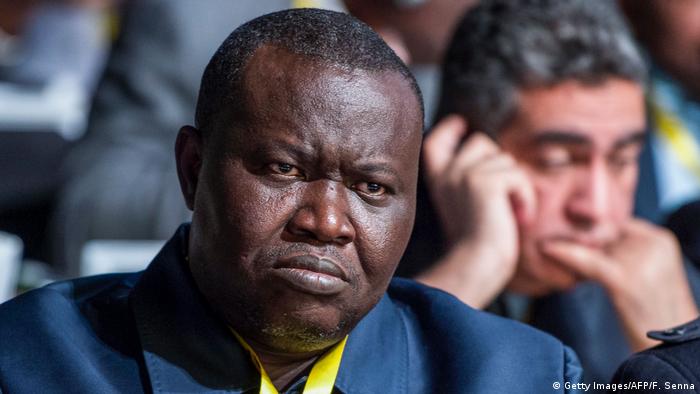 French authorities on Wednesday arrested Patrice-Edouard Ngaissona, a suspected senior leader of a Central African Republic militia, on a warrant issued by the International Criminal Court (ICC) for war crimes and crimes against humanity, the Hague-based court said.

The ICC said Ngaissona was the "most senior leader" and the "National General Coordinator" of the anti-Balaka, a mainly Christian militia accused of systematic attacks on the African country's Muslim population in 2013-14.

The court issued the arrest warrant in December for "alleged criminal responsibility for war crimes and crimes against humanity committed in the western part of the Central African Republic." The charges include murder, extermination, deportation, persecution, torture, attacking civilians and recruiting child soldiers.

Ngaissona, who denies any wrongdoing, will face extradition to The Hague, the court said. Another anti-Balaka leader, Alfred Yekatom, was sent to the ICC last month.

The anti-Balaka emerged after a civil war broke out in the Central African Republic between Christian militias and Muslim rebels in 2013. The violence left thousands dead and displaced hundreds of thousands more.

Before the conflict began, Ngaissona briefly served as the nation's sports minister under former President Francois Bozize, who was overthrown in 2013 by mainly Muslim Seleka rebels. Ngaissona has described himself as the "political coordinator" of the anti-Balaka, whose declared aim was to defend Christian communities from Muslim rebels.

He was barred from running in presidential elections in 2015 over concerns of his role in the violence. He has previously said that his actions have been "for the good of the country."

In February, he was elected to the executive committee of the Confederation of African Football despite objections from activists groups, including Human Rights Watch. The football governing body said at the time his candidacy respected "strict statutory criteria," though it noted that it did not have an ethics committee.

Many who fled the 2013-2014 conflict in the Central African Republic are returning home to find their houses destroyed or occupied by other displaced families – a further source of tensions in the conflict-torn country. (16.11.2018)

China arrests Hong Kong student near US consulate 2h ago

France Muhammad cartoon row: What you need to know 4h ago