Celebrating Eid ul-Fitr, Muslims in Germany mark the end of Ramadan | Germany| News and in-depth reporting from Berlin and beyond | DW | 20.09.2009

The Muslim fasting-month known as Ramadan comes to an end this weekend. For Germany's four million Muslims, the past weeks have shown that living by the rules of their religion here is getting easier. 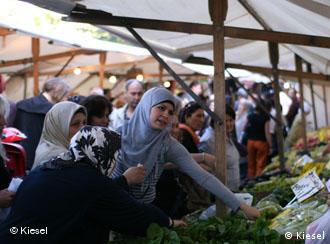 Muslims shop for the festival to celebrate the end of Ramadan

On a sunny afternoon, vendors crowd the narrow passageway between overflowing fruit and vegetable stands and shelves stacked with an array of fabrics and spices. Berliners call the market the "Turkish Market", as many vendors here are Turkish, and groups of women donning headscarves and long robes saunter among the crowds.

Germany's Muslims – along with those around the world - now have four weeks behind them of not being allowed to eat, smoke or have sex. However, this weekend, the fasting month comes to a close. Followers will celebrate with a grand festival known as Eid ul-Fitr - and many at the market are doing some last-minute preparations.

Fasting as the minority

Nura Usta, who works at one of the stalls, is originally from Samsun on the Turkish Black Sea coast. She thinks of her homeland often, and especially at this time of year.

"I'm going to visit my family next year. Spending the fasting month with family is simply the best," she said. 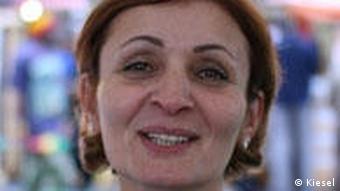 But even for Muslims whose family is with them in Germany, adhering to the rules of the month of Ramadan can be challenging in a country where the majority do not participate.

Fasting is taken very seriously in Islam as it is one of the religion's five pillars. In Islamic countries, life practically turns upside down, as the entire population adapts to the fast. There are special foods, special festivals, events and TV programs.

"It is better, of course, when one can fast in Turkey or Egypt," said Burhan Kesici, secretary general of the Islamic Council, one of the largest Muslim associations in Berlin, "but in Germany one can also fast well."

Today, sitting in his office, Kesici is somewhat stressed. First, his office is being remodeled, and then, of course, he hasn't eaten anything all day, and he must quickly finish-off all of the festival greeting cards from his organization.

"Ramadan is really supposed to be a time to pause and reflect," said Kesici with a shrug of his shoulders. But as the festival this weekend is one of the most important in Islam, he must be prepared.

For Kesici, the past weeks have confirmed his impression that fasting is accepted by the non-Muslim majority. "It has developed into its own German Ramadan culture," said Kesici as he tells of the many gatherings with friends and families. 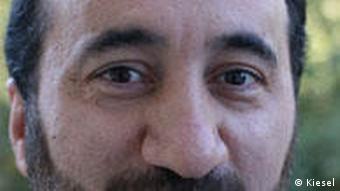 It's not hard to imagine that one day Ramadan will be included on the German calendar, as several religious leaders and politicians have reached out to the Muslim community.

"May God accept your fasting and praying and give all believers inner and outer peace," Archbishop Robert Zollitsch wrote as head of the German-Catholic bishop's conference.

Kesici is pleased by the acknowledgements. "This demonstrates to us Muslims that we have been accepted in Germany."

Muslims in London have come up with a novel way of breaking their fast at the end of the day by sharing their meal with London’s homeless in a downtown park – a spot where they usually gather to get their food handouts. (24.09.2008)

It all started with a T-shirt bearing the slogan "I Love My Prophet." That's when a designer in Germany discovered a booming market for modern, urban clothes and accessories with a Muslim message. (16.04.2009)