Celebrated artists who took a final bow in 2018

From Dolores O'Riordan of The Cranberries fame to "Queen of Soul" Aretha Franklin and writer Tom Wolfe, we celebrate those dearly departed musicians, directors and artists whose legacies continue to resonate.

In 2018, comic book fans mourned two of the industry's legends: Stan Lee, the man who invented Marvel Comics, died in November, just a few months after Steve Ditko, the artist and co-creator of various Marvel superheroes such as Spider-Man and Doctor Strange, passed away in June. The creator of the cult Nickelodeon animated series SpongeBob SquarePants, Stephen Hillenburg, also died in November.

Dolores O'Riordan had a string of global hits with her band The Cranberries in the 1990s, including "Zombie," a protest song against the Northern Ireland conflict and one of the signature songs of the era.

Following a suicide attempt, O'Riordan was diagnosed with bipolar disorder in 2013 and drowned in a bathtub hotel in January 2018. The autopsy revealed heavy alcohol intoxication. O'Riordan was 46 years old.

The name Richard Swift is less known, but the musician and composer had a defining impact on the indie rock scene of the past decade and before. The multi-instrumentalist played with the bands The Shins and The Arcs and accompanied the Black Keys on tour. He died from complications related to alcohol addiction at the age of 41. 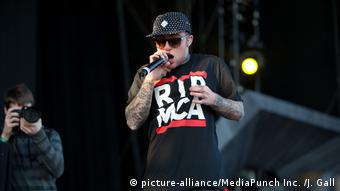 Rapper Mac Miller, another highly gifted musician, was only 26 when found dead in his LA home after a well-documented struggle with drug and alcohol addiction. Miller had just released Swimming, his fifth full-length album, described by Variety as "a simple, stately, poetic autobiography."

German music fans were also shocked to hear that Demba Nabé, rapper and singer for Berlin band Seeed, died at the early age of 46.

Film lovers mourned the passing of Czech-American director Milos Forman in April and Italian auteur filmmaker Bernardo Bertolucci in November. French director Claude Lanzmann, one of the great chroniclers of the Holocaust, also passed away in 2018 at the age of 92.

Lanzmann had worked on the epic 1985 documentary Shoah for more than 11 years. The nine-hour work recounting the genocide against European Jews focused on contemporary witness accounts. It's a work that remains unparalleled, and for which Lanzmann will not be forgotten. 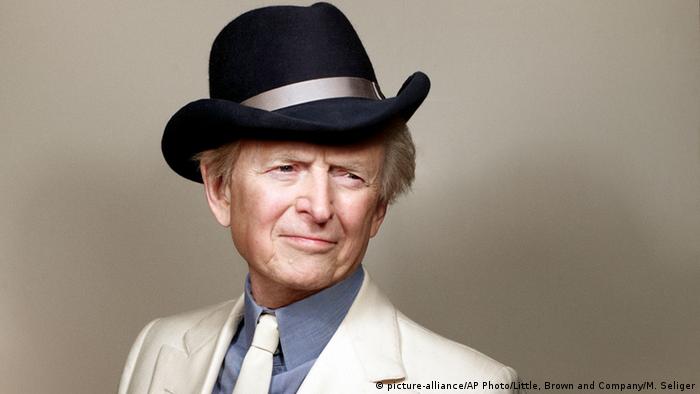 Familiar in his white suits and hat, writer Tom Wolfe coined a reportage style in the 1960s known as New Journalism with books like The Electric Kool-Aid Acid Test. He also had a world best-seller with his 1987 novel The Bonfire of the Vanities. The keen observer of America's diverse social milieus died in May at age 88.

Germany also lost a few celebrated literary voices in 2018. Dieter Wellershoff is regarded as one of the most important German writers of the post-war period, composing more than 40 novels, short stories, plays and essays. A founder of the Cologne School of New Realism, he called for a writing style that focused on "everyday life." At the grand old age of 92, a pioneering literary movement passed with him.

Another German cultural trailblazer, Hilmar Hoffman, died this year in June having made history with his call for a "culture for everyone." He founded film festivals, cinemas, museums — and was head of the Goethe Institute.

Click through our picture gallery above to recall a few of the great artists and creators who passed away in 2018.

Claude Lanzmann has accepted a Golden Bear lifetime achievement award at the Berlin Film Festival. The French filmmaker and producer is known around the world for his groundbreaking documentary "Shoah." (15.02.2013)

Time to say goodbye: Significant cultural figures who passed away in 2018