CDU and CSU increase refugee pressure on Merkel and SPD | Germany | News and in-depth reporting from Berlin and beyond | DW | 30.11.2015

CDU and CSU increase refugee pressure on Merkel and SPD

The domestic policy spokesman for Germany's conservative parliamentary parties can imagine a scenario in which authorities turn back refugees at the border. The timing of his comments is presumably not coincidental. 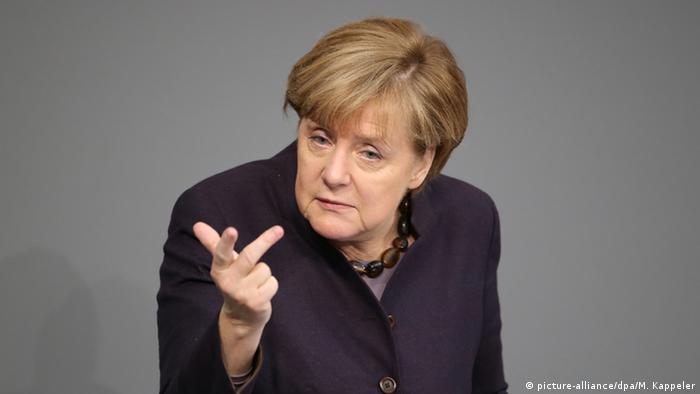 The internal affairs politicians of Chancellor Angela Merkel's conservative Christian Democrats (CDU) and their Bavarian brethren, the Christian Social Union (CSU), spent two days conferring in Berlin last week. The discussion was a "contentious" one, said Jens Kolze, a Saxony-Anhalt CDU state parliamentarian who chaired the conference, "as befits a party of the people." That was just the warm-up, however, for the December 3 and 4 autumn conference of all German state interior ministers with their federal counterpart, Thomas de Maiziere, in Koblenz.

Last week, the conservatives produced their "Berlin Declaration" on refugee policy and terrorism, which Kolze presented on Friday alongside his Bundestag colleague Stephan Mayer (CSU). In six pages, it lists the demands put forward by the right-wing bloc, known in Germany as the Union. There is nothing really new in the paper, but certain formulations, and the timing of its publication, are worthy of note.

The "Berlin Declaration" could serve as a kind of paper to be tabled by Union representatives. Few ruling conservatives will speak out against the call for an expressed limit on the number of refugees allowed into Germany. Merkel says she will not permit politicians to set a number, and the "Berlin Declaration" stops just short of calling for one explicitly: "Immigration is to be limited to a degree that does not exceed social acceptance and that also safeguards the long-term integration capabilities of this country."

It seems that the Union politicians still sympathetic to Merkel prevailed in the final wording of the "Berlin Declaration."

Depending on your point of view, CSU boss Horst Seehofer, the state premier of Bavaria, had provided a high or low point in the debate two weekends ago. He gave Merkel a public dressing-down over her refugee policy, which to many in the Union seems generous, given the right-wing faction's decadeslong track record.

If Bavarians could do what they wanted, Seehofer said, they would temporarily turn refugees away at the German border. It would be a "limited, temporary, but effective turning away," the CSU's Stephan Mayer elaborated, explaining the "Berlin Declaration."

Mayer, the CSU's parliamentary internal affairs spokesman, wants his motion to be understood as a "signal" for greater solidarity, both within the European Union and toward refugees.

He said the target group likely to be refused entry would be male refugees traveling alone.

Mayer said he believed that word of such measures would "spread like wildfire among the refugees" and would discourage many people from making their way to Germany. "Nobody wants the borders to be hermetically sealed," he said, "let alone to put up a fence or a wall." 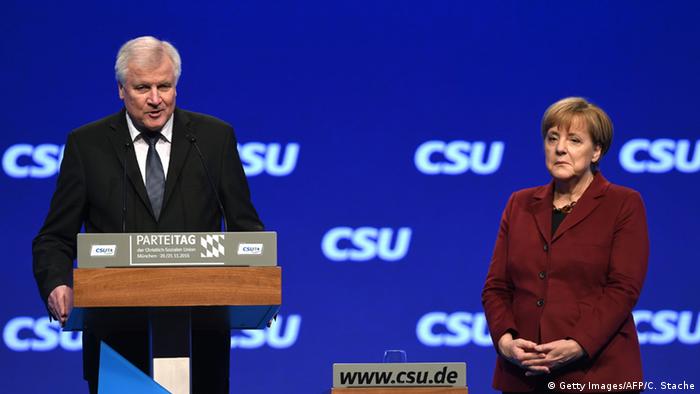 Merkel and Seehofer: With friends like this, who needs AfD?

Mayer's ideas stand no chance of being implemented. Neither the Social Democrats (SPD), with whom the Union governs Germany in a grand coalition, nor Chancellor Merkel would support it. Mayer's suggestions are also absent from the "Berlin Declaration."

Ultimately, what he has proposed is just another something to chew on ahead of the interior ministers' conference Thursday and Friday in Koblenz. The conservative Union and center-left SPD positions may not diverge as much as some rhetorical attacks would lead one to suppose - all parties are facing the same problems when it comes to managing refugees and dealing with the threat of terrorism.

The lack of accommodation for the increasing numbers of refugees has nothing to do with party affiliation. Greens such as Tübingen Mayor Boris Palmer have also recently started to say that there are limits to how many people a municipality can accommodate.

Ultimately, the differences between the parties lie mostly in the details. Those who advocate a rigorous course argue simultaneously in favor of extending data retention in the fight against terrorism and deporting people as quickly as possible after their applications for asylum have been rejected. Last week, the Bavarian state chancellery reported that 41 Kosovars - "a dangerous 23-year-old Islamist" among them - were flown back to their homeland on a chartered plane, which is in line with Mayer's demands.

Such reports show official resolve - and not just preaching. And, from the Union's point of view, the SPD-Greens state government of North Rhine-Westphalia is doing the opposite. State officials recently said they would not implement a plan to prioritize benefits over the equivalent cash payments to people who are waiting for decisions on their asylum applications, as called for in recent legislation. The Union criticized the decision as "irresponsible," one of several attacks the Union levies against its political opponents in the "Berlin Declaration." The federal and state interior ministers will also discuss this at length at their conference this week.