A year after Catalonia's independence referendum, one of the region’s best known products hasn't lost much of its verve. DW investigates how the region's iconic brand, cava, has managed the post-referendum uncertainty. Surrounded by mountains of vineyards, Sant Sadurni d'Anoia is the home of Catalan cava, with over eighty companies based in the small town 50 kilometers from Barcelona. Most of its 15,000 inhabitants rely for work on the wine industry, with the headquarters of cava firms around every corner.

Next to the town's main train station is one the most famous cava companies: Freixenet, a family-owned company founded in 1914, but with roots dating back to 1861.

As was the case with several other companies, Freixenet threatened to move its headquarters out of Catalonia as the financial situation darkened in the post-referendum chaos a year ago. It subsequently changed its mind, but for some it was a close call.

It was in fact a German transaction that helped keep it in Catalonia. Henkell, the Oetker Group's sparkling wine, wine and spirits branch, announced the acquisition of Freixenet's shares (50.67 percent) following European Commission approval.

Cooperation with a partner like Henkell, which has substantial sector expertise on a global level, will help Freixenet maintain its identity and accelerate its international expansion, the firm believes.

Following a capital increase by Freixenet's honorary president, Jose Ferrer Sala, he and Jose Luis Bonet will own 50 percent of Freixenet's share capital, while Henkell will own the remaining 50 percent.

According to company sources, "Freixenet is the global number one cava producer and Spain's largest exporter of beverages, with 79.6 percent." This internationalization started during the 1980s and "Germany was a key country."

But how did the Catalan referendum affect sales and the transaction itself?

Freixenet sources would only say that the "company was "going forward with its national and international expansion plans," including investing around €10 million ($12 million) in Spain in the coming years. 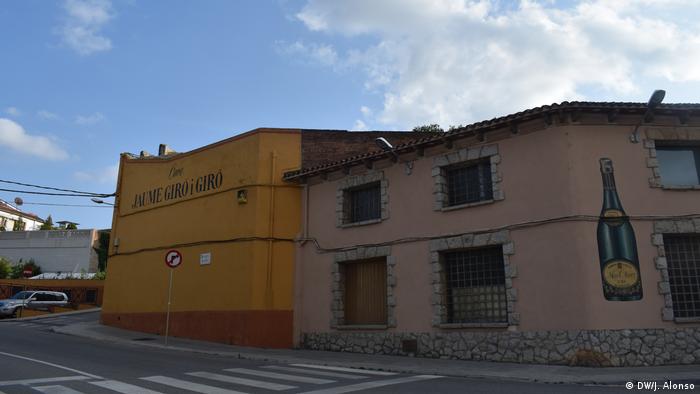 Although Jaume Giro i Giro is a small producer, it sells cava bottles to foreign countries such as Japan and the US

But Freixenet is not the only company that doesn't want to provide more details or comments about how the political situation has impacted business. Codorniu, the second-largest producer of cava, didn't answer DW requests to comment, while other companies provided neutral statements.

Management and cultural associations linked with cava also didn't want to be quoted in this article.

"Media coverage around cava due to the political disturbances in the last quarter of 2017 have undoubtedly affected what would have been a brilliant result," the DO Cava Regulatory Board said.

The body comprises winegrowers, producers and representatives of the Autonomous Communities of the Cava Region and the Spanish Ministry of Agriculture. One of its functions is to ensure the prestige of its designation and promote cava.

"At the most important time for cava consumption, media attention led to a boycott. Consequently, the growth forecast made at the end of the summer had to be lowered, with overall growth in cava finally being just 3 percent," the body said in a report.

The report showed that over 252 million bottles of cava were produced in 2017. 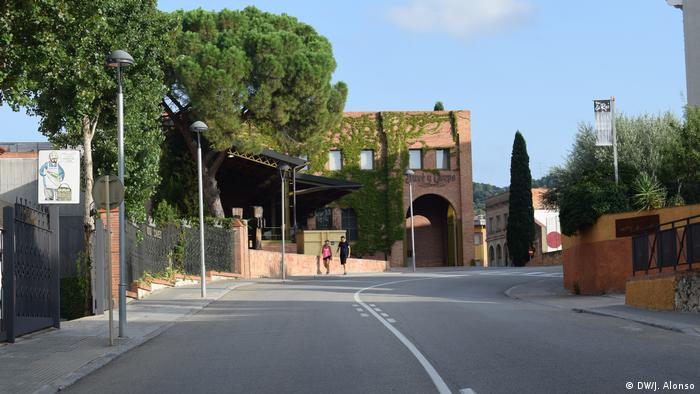 Sant Sadurní d'Anoia is full of cellars. Juve y Camps started exporting in the 1980s and Germany is one of its key markets

International market the key to survival

Exports of cava began in 1987 via a dozen companies, with 142 cava producers now exporting their sparkling wines to over 140 countries, included small producers.

At the domestic level, besides the Catalan market, he also sells in the Basque Country, Valencia and Andalusia. "Last year we had an increase around 10 percent," he said. 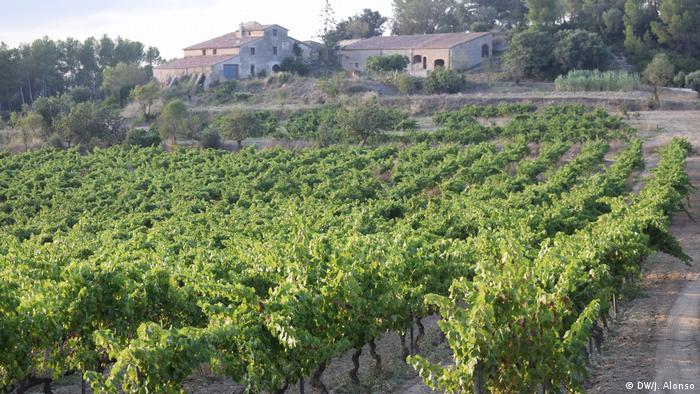 A vineyard near Sant Sadurní d'Anoia. For a year now one cava has been facing a boycott because it's a Catalan product

"A boycott? We hadn't noticed. Cava sales are increasing and this is balanced with exports," Antonio Dominguez from the Comisiones Obreras (CCOO) trades union told DW. "Not a single company has closed or fired workers," he added.

"Companies sell more cava bottles every year but they say that the benefit is less than other products as prosecco," said the spokesman.

Police in Barcelona said roughly one million people have taken to the streets for the region's "Diada" day. Catalan separatists are hoping to build momentum for a new independence bid after last year's failed attempt. (11.09.2018)