Cologne priest Franz Meurer has been encouraging dialogue between Christians and Muslims for a while now. He also loves to initiate projects: like collecting money to help the Muslim community in Cologne build a mosque. 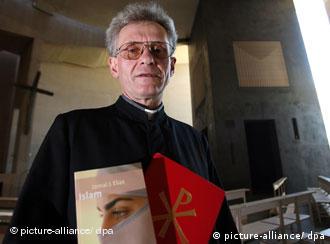 Whether it's getting people at his parish to offer tables and chairs which they then donate to the Muslim community for a project room in their mosque or applying for European Union funds for language courses for girls, Pastor Franz Meurer is a man of action.

His church, St. Theodor, is located in the Höhenberg-Vingst areas of Cologne -- two bordering, lower-income districts with high immigrant and Muslim populations.

Meurer's interaction with Muslims has been a driving force behind his projects. After speaking with church authorities and the church council, he began collecting money to give to the Turkish Islamic Union of the Institute for Religion (DITIB) to help them build their new mosque in the city most famous for its Catholic cathedral.

"Several years ago, when our new Catholic church was inaugurated, we received a present from a neighboring Protestant church," said Meurer. "We thought the idea was so nice, we wanted to do something similar ourselves." 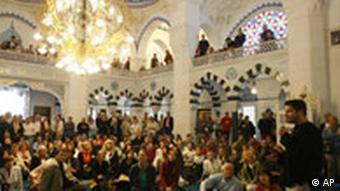 Up to 1,000 mosques in Germany opened their doors for visitors last fall

That's when the idea to donate something to the Muslim community was born.

"It's a good idea to support those who think sensibly and want to live together in peace," Meurer said. "I think it would be a dangerous thing if everyone just lived in their own worlds, separated from one another."

Bekir Alboga, DITIB's appointee for inter-faith dialogue, said she thinks Meurer's willingness to pass the plate for understanding across religions.

"I think it's great that he's brave enough to show his true colors," Alboga said. "It's a wonderful thing when a Catholic priest dares to do what he's doing, even though right-wing extremism and xenophobia, and even Islamophobia, are on the rise.

But not everyone in Meurer's parish agreed with collecting money for the new mosque.

"I don't like the idea," one parishioner said. "People from all religions should be tolerant, and I don't see Muslims being that way."

Another man said that since donations helped to get St. Theodor built five years ago, he felt it was a good idea to help people of other faiths build their own places of worship.

"Everyone has the right to live their faith," another woman said. "We pray to our God and the Muslims to theirs. If we can build a church, then they should be able to build a mosque if they want." 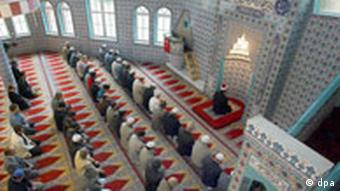 Over 3 million Muslims live in Germany

The Cologne Central Mosque is to be built in the district of Ehrenfeld -- at the site of the current, smaller DITIB mosque -- and will be one of Germany's largest. It is designed to hold more than 3,000 worshippers, and building is set to begin in the fall.

However, construction of the mosque has been controversial. The right-wing extremist "pro Köln" group -- a political party that also sits on the Cologne City Council -- has been one of the biggest opponents of the mosque.

It's the opposition to a new mosque that Alboga said makes Meurer's decision to back its construction a strong statement of support.

"I think Meurer's gesture is worth a lot more than the money the community wants to give us," she added.

Ex-Muslims Get Threats After Forming Society in Germany

A group of former Muslims in Germany who formed a non-religious society have been sent threatening letters, pronouncing them "fit for death." (21.03.2007)