Ex-Muslims Get Threats After Forming Society in Germany | Germany | News and in-depth reporting from Berlin and beyond | DW | 21.03.2007

Ex-Muslims Get Threats After Forming Society in Germany

A group of former Muslims in Germany who formed a non-religious society have been sent threatening letters, pronouncing them "fit for death." 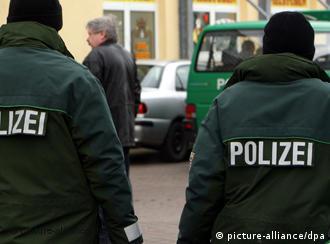 The police are taking the threats seriously

Mina Ahadi, an Iranian-born woman, founded the society in Cologne with 10 sympathizers several weeks ago and called it the National Council of Ex-Muslims. At the end of February she called a news conference in Berlin to publicly pronounce herself non-Islamic.

The police have assigned plainclothes bodyguards to protect her ever since.

"I'm a target," said Ahadi, 50. She said members of her society had received letters telling them they would be shot in the back. When she went online with a fierce attack on Islamic organizations, somebody circulated a statement suggesting she was fit to be killed, she said.

Mainstream Muslims have not stooped to such behavior, but have coolly set out why they think Ahadi is wrong.

Ahadi, who has lived in Germany since 1996, has also received a degree of support. 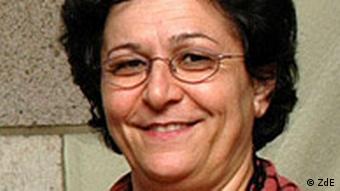 Ahadi's life has been threatened due to her views

"We are going to get involved in politics, oppose women wearing headscarves and oppose building plans for mosques," she said.

Referring to practices many Germans believe are typical of Islam, she said, "We'll stop honor killings, stop people being stoned to death… We want to make clear that the three million to three and a half million people from Islamic nations who live in Germany are people first and foremost, and should not be branded primarily as 'Muslim,'" she said.

Ahadi -- whose husband was executed by the Islamic rulers of Iran -- is demanding that Germany do more to help women and girls, who she claims are oppressed, even in Germany, by "political Islam."

"The girls are not allowed to have boyfriends," she said. "They are forced to marry. They have to wear headscarves. If they get pregnant and are not married, people call them sluts," she said.

Nur Gabbari, 40, a former Muslim and refugee from Iran who is on the society's committee, said he knew it was dangerous to form such a group.

"But we cannot just stand on the sidelines and watch what religion is doing to people," he said. 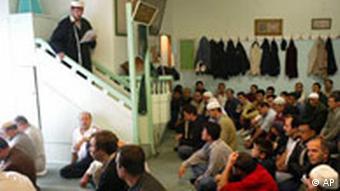 The National Council of Muslims, a Cologne-based group representing many of Germany's mosque-going Moslems, says the new society should be tolerated, despite its cheeky parody of the mainstream group's name.

"These people have the same rights as anyone else to establish a society," said Ayyub Axel Koehler, the council's German-born chairman. "Everyone has a right to their own opinions, and of course they are entitled to express them publicly," he said.

The new group has been criticized by Lale Akgun, a member of the German parliament who liaises with the Muslim community for the Social Democratic Party -- one of the two parties in Chancellor Angela Merkel's coalition.

Akgun flatly rejected the claim that Islam and human rights are incompatible, and she said those who make that claim are stoking up latent Islamophobia, which is already present among some Germans.

"Why on earth do non-believers of Muslim extraction have to set up a society especially for themselves?" she asked. 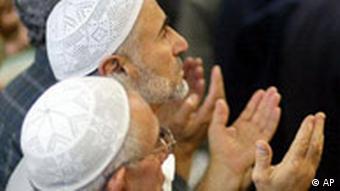 The ex-Muslim group said it wants to stop mosque groups speaking in the name of the entire community.

"If these organizations assert that three and a half million people are outraged by cartoons depicting Mohammed, or that schoolgirls should wear head-scarves or should be excused from swimming classes, we are going to say 'No,'" Gabbari said.

Other ex-Muslims in Germany and abroad have rushed to join the group, according to Gabbari.

"In just a brief period of time, we have grown to more than 400 members and are getting daily contacts from places like Morocco, Iran, Egypt, Turkey and, of course, from Germany," he said. "A lot of people have offered their help, or have even offered to protect us."

The society has received assistance from a German atheist organization, the Giordano Bruno Foundation. It is also heeding police advice to rent office space at a safe location.

The society has recently announced it would hold a conference in May on the topics of sharia law and the German constitution.

Mina Ahadi, founder of the Central Council of Ex-Muslims, spoke with DW-WORLD.DE about her organization's goals, Germany's approach to the Muslim community and the unreformability of Islam. (03.03.2007)