Catastrophic eruption is brewing in Japan | Asia| An in-depth look at news from across the continent | DW | 31.12.2012

Catastrophic eruption is brewing in Japan

One of the most seismically active countries in the world and home to more than 100 active volcanoes, experts say Japan is at risk of a major volcanic eruption that would cause chaos across the nation. 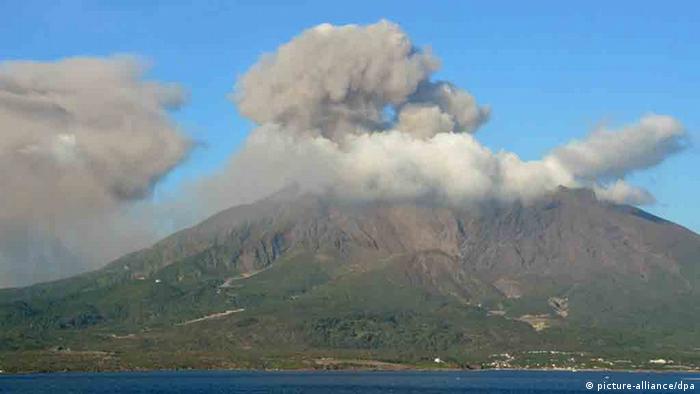 Thin wisps of smoke and ash continue to seep from the vast crater atop Sakurajima, as they have done more or less uninterrupted for nearly half-a-century. Once in a while, a minor eruption will release a small flow of lava and a towering column of debris that is taken by the wind.

This is nothing compared to the eruption in January 1914 that shook what was then an island off the southern tip of Kyushu and the city of Kagoshima. The blast was the most powerful eruption in Japan in the 20th century, flows of lava bridged the narrow straits between the island and the mainland and the surrounding countryside and Kagoshima City were covered with a thick layer of ash.

Fortunately, indications that the volcano had emerged from a period of dormancy had been noted and most local residents had been evacuated, but a series of earthquakes in the hours and days leading up to the eruption caused at least 35 deaths.

That event was nearly 100 years ago, but Yoichi Nakamura, a professor of volcanology at Utsunomiya University, north of Tokyo, believes that an eruption on a similar scale is imminent. And a blast with a Volcanic Explosivity Index (VEI) reading of four would cause havoc across large areas of this densely populated nation.

"In recent years, we have not had a big eruption, but I have been researching the history of volcanoes in Japan and the evidence suggests that there is an event of VEI four or three every decade or so, but that has not happened for a long time," he said.

"The last really big eruption was Sakurajima and that was in 1914," he pointed out. "I'm very worried about a major event and the possibility that something serious will occur is increasing year by year."

The fear is that vast reserves of magma are building up beneath the craters of a number of volcanoes across the nation and a serious seismic event could trigger an eruption and the release of torrents of lava and pyroclastic material.

Professor Nakamura is a member of a panel set up by the Japanese government to devise protocols and procedures for mitigation measures in the event of a major eruption.

The work of the panel has become even more important - and potentially more immediate - as a result of the magnitude-9 Great East Japan Earthquake that shook eastern Japan on March 11, 2011, and caused a massive tsunami to strike hundreds of kilometers of coastline in the Tohoku region. Nearly 20,000 people were killed or are still listed as missing as a result of the worst natural disaster to befall Japan in living memory.

"It is very difficult to determine the impact of the earthquake, but we must be aware that after a serious tremor in 1707, Mount Fuji erupted," Professor Nakamura points out.

That event was so serious that it changed the profile of the most famous mountain in Japan and burning cinders fell on towns around the base of the peak. Around 100 km to the east, the city of Edo - modern-day Tokyo - was blanketed in ash. 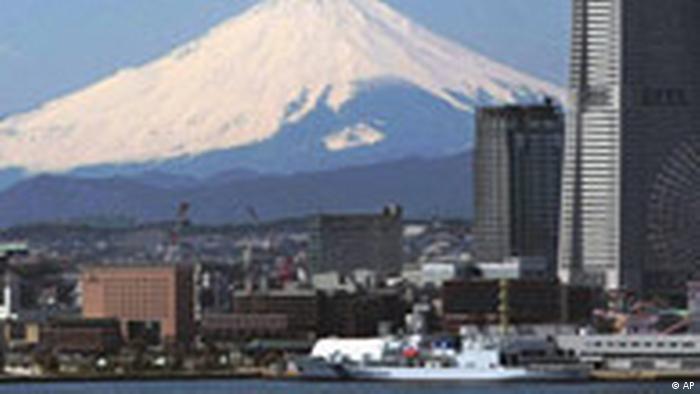 Ever since, the 3,776-meter peak has been slumbering peacefully - although a magnitude 6.2 earthquake was recorded on the southern flanks of the mountain just four days after the Great East Japan Earthquake.

A study by the National Research Institute for Earth Science and Disaster Prevention indicated that the pressure in the magma chamber beneath Mount Fuji could be as much as 1.6 megapascals higher than when it was in 1707. The implications of that study are difficult to quantify as volcanology is a difficult science, the experts agree.

But Professor Nakamura is concerned.

"Sakurajima is a long way from the source of last year's earthquake and there is no direct link between the two, but Mount Fuji and the islands of the Izu Oshima chain, to the south of Tokyo, are connected," he said. "That is very serious because they are close to some of the most heavily populated areas of the country, including Tokyo.

"It has been 300 years since Mount Fuji last erupted, but it is only dormant, not extinct," he pointed out.

Should a VEI five event take place, Tokyo would once again be smothered in ash, buildings would collapse under the weight, roads and railways would become impassable and infrastructure would be severely damaged by lava flows. It would take weeks for services to return to normal, he warns, and the cost would be huge.

Professor Shigeo Aramaki, an authority on volcanoes who has retired from The University of Tokyo, agrees that there is cause for concern, but cautions that it is virtually impossible to accurately predict the actions of volcanoes.

"After last year's earthquake, there was a sudden increase in volcanic quakes, although they were all small in scale," he said. "This means that there was some kind of movement in the magma systems beneath the peaks.

"There are quite a lot of examples from around the world of this happening and it would have been natural to expect a volcanic eruption somewhere in Japan," he agreed. "But it didn't. And that is intriguing.

"In truth, we do not know the level of danger," he said. "We simply do not know enough about volcanoes right now to make precise predictions about what is happening and what will happen in the future."

There are regular earthquakes and volcano eruptions throughout the entire Asia Pacific region. But the devastation in Japan has received less attention from the region than from Europe and the USA. (16.03.2011)