Catalonia - from power house to poorhouse? | Europe| News and current affairs from around the continent | DW | 25.07.2012

Catalonia - from power house to poorhouse?

For the euro financial crisis, there is no summer break. With Greek reforms under scrutiny, there is more bad news coming from Spain: Even its most affluent autonomous region, Catalonia, may ask for help. 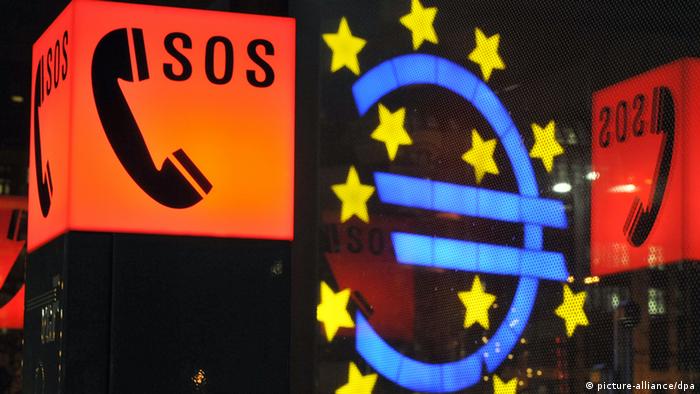 While most eurocrats are enjoying their summer break, Spain is wrestling with the austerity measures it has agreed upon with Brussels. The Madrid government needs to impose further cuts on public salaries, as well as to increase taxes. And it might have to tighten its belt even further, since its autonomous region of Catalonia is at risk of moving from "power house" to "poorhouse."

Catalonia's financial situation is now so bad that it's currently looking into the option of asking the central government in Madrid for aid. Just a few days ago, the regions of Valencia and Murcia admitted that their coffers were empty and asked for support. It now seems to be only a matter of time until other regions, too, will be seeking help. 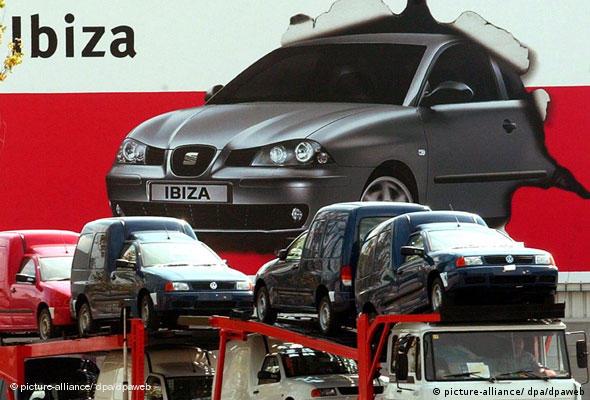 Car maker Seat is assembling many of its models in Catalonia

For Spain, Catalonia's admission is likely to be first and foremost a psychological blow. Catalonia, with its capital city Barcelona, is among the most industrialized regions in the country. It's home to textile and chemical industries, with pharmaceutical companies and car manufacturers; the motor manufacturer Seat makes most of its cars there. Catalonia's agricultural sector is renowned for its wine industry: the region is the most important producer and exporter of sparkling wine after France. Yet another important economic branch is the tourism sector.

Still, for years Catalonia has been considered to be underfinanced; by the end of 2011 the region's debt was standing at roughly 42 billion euros ($51 billion). At the root of the problem lies a huge amount of private debt. Should Catalonia indeed ask Madrid for aid, that would further diminish the already almost non-existent financial leeway of the central government. Where will it find the money? 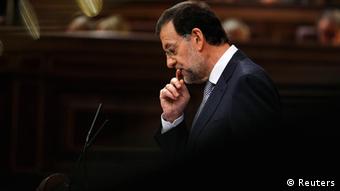 Spain's PM Mariano Rajoy may have to impose further cuts

Even without this challenge, the task of the Spanish prime minister, Mariano Rajoy, and his cabinet is huge: they have to reduce the national debt by 65 billion euros in order to reach a level of new borrowing of 2.8 percent.

Rajoy has announced reforms to the public sector, he's cutting unemployment benefit and increasing value added tax from 18 to 21 per cent. But is it likely that Sapain can pull itself out of its debt by its own bootstraps? There are doubts. The daily El Pais calculated that the current bundle of reforms will not generate enough savings. Rajoy will probably still have to do some fine tuning and proclaim further tough measures.

Dependent on the world economy 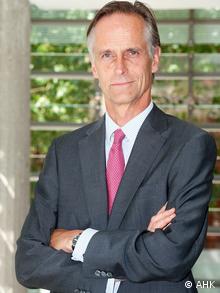 The head of the German chamber of trade for Spain, Walther von Plettenberg, has pointed out that reaching these goals may also be influenced by factors that are out of Madrid's control. Spain, he told DW, was holding its own with exports, "but if the global economy doesn't develop properly, Spain's exports and its tax revenues will be facing serious difficulties. Then the ambitions goal of saving 60 billion euros would be in danger."

Due to the rapid changes that mark today's international economy, the Spanish reformers are skating on thin ice. This holds also true for social stability within the country. Compared to other countries, the number of violent clashes during public protests has been limited. Until now, the Spanish public has dealt with the situation rather well, von Plettenberg says. People were aware that "over the past ten to 15 years they had lived far beyond their means." So they were prepared to accept cuts. "But now it's getting tougher as the latest cuts don't spare anyone. There's a good chance that the public servants who will have to do without the Christmas bonuses they expected won't keep quiet." Social stability could find itself even more dented that it already is. 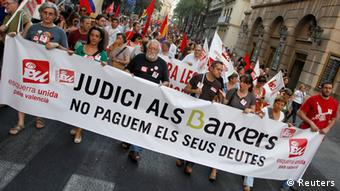 Only a few weeks ago, Spain won some breathing space. Due to its economic and political importance, it was able to negotiate special conditions with the EU for financial aid. For the first time, a state didn't have to grant its rescuers unconditional oversight over its finances. The up to 100 billion euros granted through the European bailout fund EFSF are intended to help restructure the Spanish banking system. But unlike in the cases of Greece, Portugal and Ireland, that doesn't mean Spain as a whole will have to submit itself to the euro bailout fund rules. That would have meant EU controls and a partial surrender of national sovereignty and independence to Brussels. In the eyes of many Spaniards this would be nothing short of a national defeat. Besides that, they fear the country would lose all the credibility it has left on the international financial market.

The hope is that EFSF support for the Spanish banks will enable them to start offering credit for investment again, and the national economy could regain momentum. But Stefan Schneider of Deutsche Bank's DB Research has doubts about this strategy: he argues that, in order to hand out loans, there has to be a demand for them. But the Spanish private sector, businesses and households are already highly indebted - at over 200 per cent of Gross Domestic Product. "The willingness to take on further loans is likely to be very limited," Schneider told DW: it's unlikely that the Spanish economy would rebound as the result of a massive expansion of credit.

So what else can Spain do to refill its coffers? So far, all the measures have been implemented well and efficiently, says von Plettenberg. But he is also convinced that some of the country's autonomous regions have room for further cuts, despite their existing financial problems. He argues that the central government would have to "get the autonomous regions to commit themselves to this effort of solidarity by radically cutting their spending and possibly letting some public servants go." Something like that hasn't happened yet - which is no surprise, since the country's federal structure prevents the central government from telling the regional government how to manage their budgets.

No breathing room for Spain

Spain is one of the favorites at this summer's European soccer championships, but the country is fighting for survival economically. Madrid could soon be calling for help from the European Union. (02.06.2012)

Scotland’s planned referendum on independence has inspired an upsurge of nationalist sentiment in the Spanish region of Catalonia. Spain's financial crisis is proving a potent engine for the Catalan demands. (17.02.2012)

The 'tragedy' of Spain's banking sector

Doubts that Spain can solve its banking sector problems on its own are growing. In an interview with DW, economist Guntram Wolff called the situation a "tragedy," but said the worst could still be prevented. (05.06.2012)