Carles Puigdemont has said he is still the region's leader after a strong showing by separatist parties in a recent regional election. The Spanish prime minister has rejected any idea of Puigdemont governing from abroad. "As president, I demand the Spanish government and those who support it ... restore all they have expropriated from the Catalans without their say-so," Puigdemont said in Brussels.

The ex-Catalan leader urged Spanish Prime Minister Mariano Rajoy to recognize the results of the December 21 local election in Catalonia that saw separatist parties gain a slim majority in the regional parliament.

"The ballot boxes have spoken, democracy has spoken, everyone has been able to express themselves. What is Rajoy waiting for in order to accept the results?" Puigdemont said.

Puigdemont fled Catalonia for Belgium in late October after Rajoy's government ordered his and other regional leaders' arrest on charges of rebellion, sedition and misuse of public funds.

The Catalan parliament had voted in favor of the region's independence from Spain following a disputed referendum on October 1.

Puigdemont, who said he remains Catalonia's leader, will struggle to head any new regional government or enter negotiations with the central government.

Catalan parliamentary rules require a presidential candidate be present for the formation of a new government, while many of Puigdemont's separatist allies are in prison.

No governing from abroad

Rajoy said Friday that Puigdemont governing as president from abroad was an "absurd" idea.

The leader of the anti-independence Ciudadanos party, Ines Arrimadas, also dismissed that outcome.

"Mr Puigdemont believes he can be president of the Generalitat (regional executive) via internet and WhatsApp," she said.

The December 21 election resulted in Ciudadanos winning the most votes to gain 37 seats, but it lacks allies to form a government. Pro-independence parties won a combined total 70 out of 135 seats.

Rajoy has urged regional leaders to form a new government as soon as possible and plans to convene a new Catalan parliament on January 17. 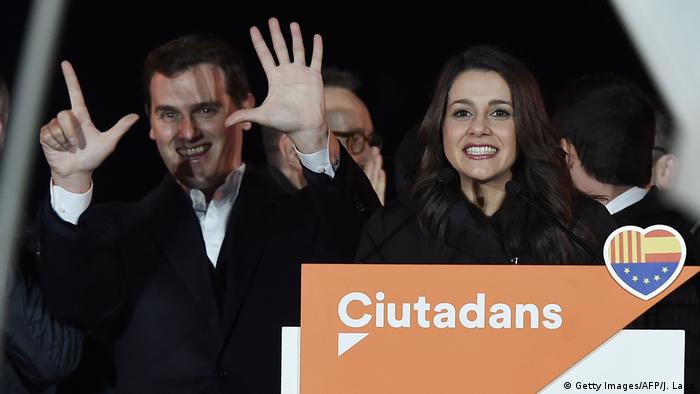