The European Commission is seeking to stem the tide of refugees from Africa. Pressure and incentives are designed to entice African nations to close their borders and to take back migrants. 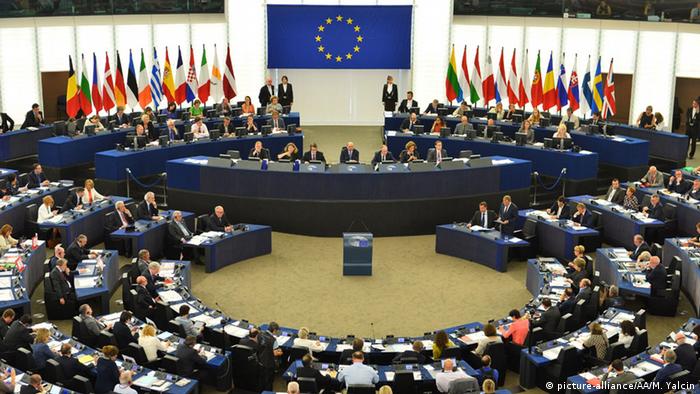 "We have to start somewhere," argues EU High Representative for Foreign Affairs Federica Mogherini before the European Parliament. "We will not turn things on their head with our proposal, but … there is no other way to change African societies than to work with them."

Behind this call for a new kind of cooperation between European, Middle Eastern and African countries on refugee policy, stands pure political necessity: "Today, tens of thousands of people are in Libya looking for a way to get to Europe," states a new European Commission paper. Brussels knows that EU member states continue to be at odds with one another, and that they have little desire to take in more refugees. 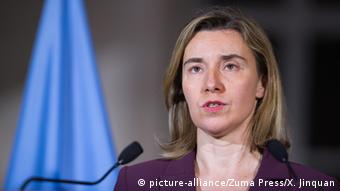 Meanwhile, numbers of new arrivals are once again rising. Now it is African refugees that are embarking on the deadly voyage along the western Mediterranean on their way to Italy. That is why the EU wants to sign cooperation agreements with Jordan, Lebanon, Tunisia, Nigeria, Senegal, Mali, Niger, Ethiopia and Libya - deals similar to the one that the EU penned with Turkey. Those countries willing to close their borders, take back illegal immigrants and eventually set up reception centers for refugees are to be rewarded: Europe wants to extend them the promise of more development aid and improved trade relations.

To that end, existing funds for development and for refugee policy in Africa are to be combined, and payments made contingent upon, for instance, North African countries taking back their citizens if these have no chance of receiving EU residency. The whole is to be bundled in an investment plan designed to promote economic development in affected countries. The Commission hopes that upwards of 60 billion euro ($68 billion) could be mobilized if private business could be brought in and the European Investment Bank (EIB) would guarantee investments.

Conservatives in the EP praise the effort

Member states took the first step in that direction last fall, at the EU-Africa Summit in Malta. Yet, no deeds followed the big promises that were made back then. The problems start with the money: "The EU has already put 1.8 billion euro ($2 billion) into the Africa Trust Fund, but member states have only come up with about 80 million ($91 million)," complains Manfred Weber, the head of the conservative European People's Party (EPP) faction in the European Parliament.

Beyond that, he says he has no problem tying development cooperation to good conduct on refugee policy. The parliamentarian says that it is right to reward countries willing to take back their citizens and penalize those that are not.

Criticism from the Left and the Liberals

"Copying our Turkey deal and outsourcing our problems is not the right way to move forward," was the opposing opinion voiced by the head of the Liberals in the European Parliament. "Okay, we give you money, now you keep the refugees," that won't work for long. Guy Verhofstadt made the case for a more comprehensive cooperation agreement between the EU and Africa: Economic development in home and transit countries must be strengthened to give people there prospects for the future, and further, to promote democratic development. 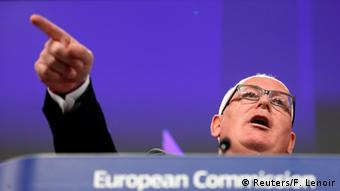 The majority of the European Parliament seems to favor the combination of the carrot and the stick for countries of origin in Africa. "We have to send refugees back and help them with their lives in their home countries," said EU Deputy Commissioner Frans Timmermans. It was he who negotiated the treaty with Turkey. Even more difficult negotiations with a long list of African nations may now await him.

EU officials have voiced concern better weather could bring a fresh swell of migrants crossing from Libya to Europe. At least 7,000 migrants have been intercepted in Libyan and international waters in the past few days. (24.05.2016)

Migrant death toll in Mediterranean Sea tops 1,000 for the week

Bigger boats, with more people on board, are partly to blame for an increased death toll in the Mediterranean. Italian police have also picked up 16 alleged human traffickers at sea. (31.05.2016)