Carmaker Daimler appoints ex-judge as first female board member | Germany| News and in-depth reporting from Berlin and beyond | DW | 16.02.2011

Auto producer Daimler has appointed its first-ever female board member after a recent push to urge businesses to boost the number of women serving on their boards. 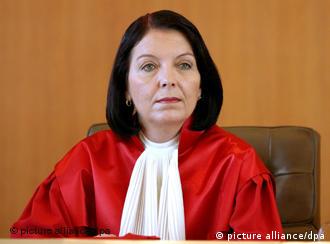 Hohmann-Dennhardt is to become the company's integrity officer, a post that was created last September after the company pleaded guilty to bribery charges in the United States.

In a statement issued Tuesday, Daimler said it was appointing the 60-year-old - who has also served as a regional minister in the state of Hesse - for her "personal integrity" and "outstanding competence."

As well as being responsible for legal issues, Hohmann-Dennhardt will oversee the company's business ethics. 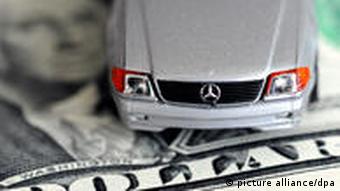 The company was investigated over its global sales practices

The appointment comes amid a debate about the low number of women serving on boards of top German companies.

German Family Minister Kristina Schröder has warned companies that they must dramatically improve the situation by 2013 or risk the introduction of compulsory quotas.

The car manufacturer admitted that, between 1998 and 2008, hundreds of improper payments had been made to government officials in at least 22 countries.

Chancellor Angela Merkel seemed to put an end to the bickering over quotas when she finally weighed in saying that, for now, there would be no government requirements for the makeup of companies' management. (03.02.2011)

Some in the business world see gender quotas as the a last hope. Others say they distract from the real hurdles for women. As the government squabbles over quotas, business leaders debate how best to help working women. (02.02.2011)