Career terrorist? IS recruits fighters from Central Asia | Middle East | News and analysis of events in the Arab world | DW | 06.01.2017

The attack in Istanbul has directed attention towards Central Asia, an area that has long been in the sights of the Islamic State. The economic situation as made the region fertile ground for jihadi recruiters. 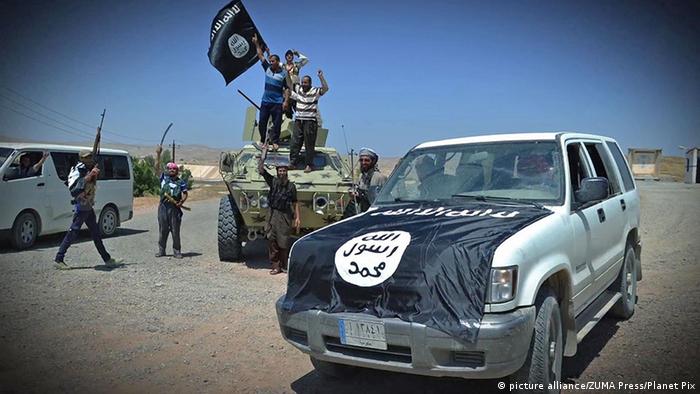 The Turkish government has arrested several Uighur Muslims in connection with Istanbul's nightclub attack. In a DW interview, analyst Siegfried O. Wolf explains why the Uighur issue has expanded beyond China's borders. (06.01.2017)

Most people immediately think about the Mideast or North Africa when they hear the name "Islamic State." But the terror militia also has an eye on the former Soviet republics in Central Asia. (29.03.2016)

Turkey has identified the gunman linked to a New Year's attack in a crowded nightclub in Istanbul. At least 43 people have been detained in connection with the investigation - five of whom are believed to be IS members. (04.01.2017)

The nationality of the perpetrator of the Istanbul attack is still unclear, but Turkish authorities said they identified the man. Yet nearly a week since the attack on New Years' Eve, his nationality is still subject to speculation.

According to initial reports in the Turkish press, the suspect, who is alleged to have shot 39 people in a nightclub, was believed to be from either from Kyrgyzstan or Uzbekistan.

Turkish Deputy Prime Minister Veysi Kaynak said in a TV interview on Thursday that the suspect was "probably an Uighur." Most of the members of this Muslim minority group live in western China, however, tens of thousands of them also live across the border in Central Asian countries, including Kyrgyzstan.

Five former Soviet republics, Kazakhstan, Turkmenistan, Tajikistan, Uzbekistan and Kyrgyzstan, are considered to be a lucrative recruiting area for new members to the self-styled "Islamic State" terrorist militia. The group has already claimed responsibility for the attack on the Istanbul nightclub. Earlier terrorist attacks, such as the one in June 2016 on Istanbul airport, are also believed to have involved suspects from Kyrgyzstan and other Central Asian countries.

There are no exact numbers on how many IS fighters in Syria have come from Central Asia. The New York-based Soufan Group, a strategic security intelligence agency, estimated in December 2015 that there were about 4,700 IS fighters from the former Soviet Union. More than half of these are Russian citizens, mostly from the republics of Chechnya, Ingushetia and Dagestan. The second largest group is made up of 500 fighters each from Uzbekistan and Kyrgyzstan. 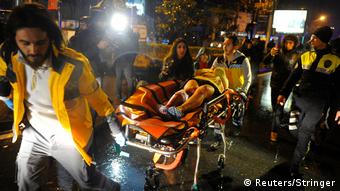 Other sources have claimed there is also a similar number of Tajiks fighting for IS. Colonel Gulmurod Chalimow, a 41-year-old from Tajikistan, is thought to be the highest-ranking former police officer to join IS from a Central Asian country. He used to command an elite police unit and is thought to have left for Syria in 2015. The Tajik Interior Ministry issued an international arrest warrant for Chalimow in November 2016.

The recent push by the international alliance against IS in Syria and Iraq has likely led to the deaths of numerous Central Asian fighters. Russian experts, such as Andrey Serenko, from the Center of Contemporary Afghan Studies, also said they believe many fighters making their way back home through Turkey. 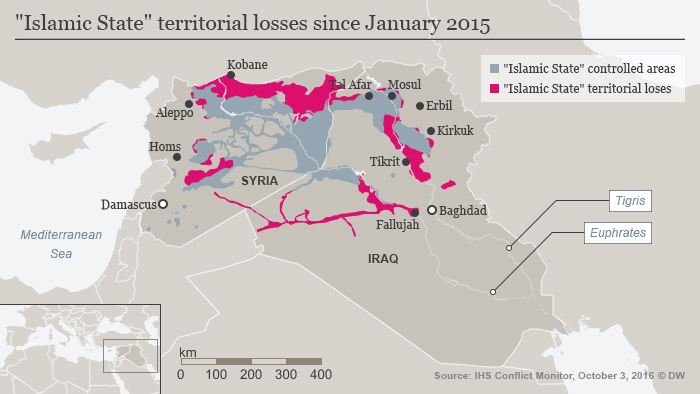 "Many fighters, who were burdened by having their families with them, are now scattered through Turkey," said Lev Korolkov, an expert on the region who has been described in Russian media as a former member of the secret service. He added that other fighters have returned home or have gone to other countries, such as Libya or Afghanistan.

Serenko said he thinks joining IS has become "a new kind of work migration" for Central Asian fighters.

"Experts believe that more people from Central Asia are joining jihad for financial rather than ideological reasons," he added.

Korolkov also said many young men from Central Asia who previously found work in Russia are returning home and becoming easy prey for IS recruiters.

Moscow is currently implementing a very restrictive policy towards immigration. At the same time, life in Muslim-dominated Central Asian countries has also become difficult as the economic situation deteriorates amid rising inflation and unemployment.

Reports of IS recruiters being arrested or convicted have been coming out of Russia and Central Asia on a nearly monthly basis. There are also reports of suspected terrorists being brought to the courts. At the beginning of December, a court in Tajikistan sentenced a man to 17 years in prison after he was found to have recruited his fellow citizens to fight in Syria and to have bought tickets for them to fly to Turkey. Also in December, in the southern Russian city of Rostov-on-Don, a Russian man and a man from Kyrgyzstan were both given long sentences. They were charged with receiving training by IS, one in Syria, the other in Iraq.

At the end of 2016, several groups of people were arrested in Russia. According to information from intelligence authorities, the members of these groups had been planning terrorist attacks, including attacks in Moscow. Most of the suspects were from Tajikistan, Uzbekistan and Kyrgyzstan.