At least fifteen people have been killed and dozens more wounded after a car bomb struck the central Syrian city of Homs. The blast happened a few days after a truce had been agreed with rebels in the Waer neighborhood. 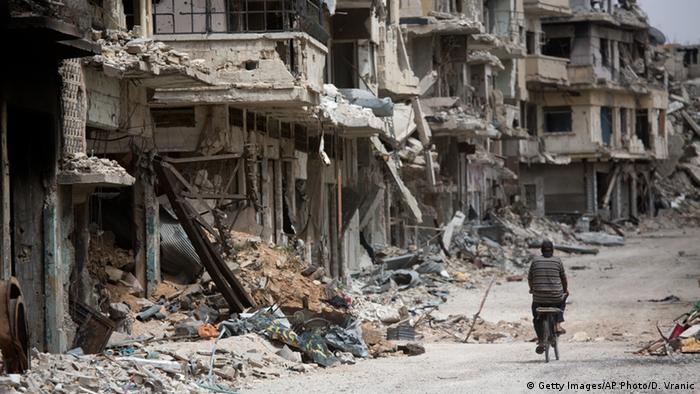 The blast hit the mainly Alawite neighborhood of Al-Zahraa in Homs on Saturday, according to provincial governor Talal Barazi. He said 15 civilians died and at least 64 were wounded.

A medical source in the city gave the same death toll but said 100 people were wounded.

"The explosion was terrifying. Body parts were on the ground... It was one of the biggest explosions to hit Homs," a 28-year-old woman working in a neighborhood coffee shop said.

According to provincial governor Talal Barazi, the car had been carrying at least 150 kilograms of explosives.

The blast came three days after hundreds of rebels and their families left Waer, the only remaining opposition-held neighborhood of Homs, as part of a local truce.

The deal was overseen by the United Nations and would see Homs' last rebel-held neighborhood turned over to government forces in exchange for humanitarian aid for besieged residents. Homs was at the center of the uprising against Syrian President Bashar al-Assad that started in 2011.

According to the Britain-based Syrian Observatory for Human Rights, trucks carrying aid entered Waer on Saturday as part of the truce, but there was no confirmation from UN representatives in Damascus.

Assad says he won't step down, won't negotiate with 'terrorists'

Syrian President Bashar al-Assad has said he would not negotiate with "terrorists." The comments come a day after a divided opposition coalesced around a unified position ahead of potential talks with the regime. (11.12.2015)

Syrian opposition groups have begun discussing the formation of a delegation on the second day of talks in Riyadh. Groups have met in the Saudi capital to discuss a peaceful political transition in war-torn Syria. (10.12.2015)

Return to Homs - Life in the Ruins