Cancun divided over how to pay for consequences of climate change

The goal of a legally binding treaty to reduce pollution has fallen by the wayside, so efforts in Cancun have been focusing on a fund to help channel hundreds of billions of dollars in aid towards poor countries. 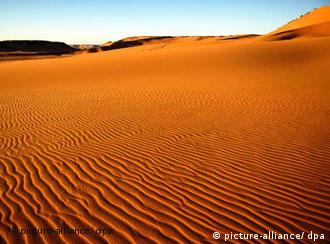 Enshrined in the Copenhagen Accord was the pledge to raise billions of dollars of climate aid. The headline figures were impressive: 100 billion dollars (76 billion euro) a year as of 2020, and at least seven billion euros from the EU over the next few years to get the ball rolling. Yet the nitty gritty details of how that money should be managed and distributed were left for Cancun.

But negotiations on the fund are being stalled because the US want to tie the creation of the fund to other issues, in particular they want big developing emitting countries, particularly China to be more transparent about the action they are taking to mitigate the effects of climate change.

"That essentially puts a handbrake on how far we can go in creating a fund," Steve Herz, a Climate Policy Advisor at Greenpeace told Deutsche Welle. "It risks a watered down decision," he added.

A new draft proposal has spelled out the technicalities for setting up a global climate fund. It will help poor nations create a mechanism to share clean technologies, protect tropical forests and help the poor adapt to impacts ranging from storms to rising sea levels.

In a revision, the text explicitly calls for a role for women in the fight against climate change. 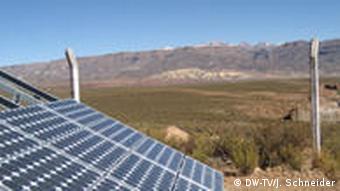 Loans to create solar energy plants could generate income, according to the World Bank

"At last women, who are among the most affected by climate change, are not being ignored," said executive director of Oxfam Jeremy Hobbs at a press conference.

But some environmentalists criticized the draft for removing a reference to ensuring that 50 percent of assistance goes toward helping people adapt to climate change.

"The current draft sees too many important decisions pushed down the road," Hobbs said.

The omission would allow wealthy nations to meet pledges through other means, such as offering technical know-how to help curb emissions of greenhouse gases blamed for global warming.

Role of the World Bank

Negotiators said they saw steady progress in setting up the architecture of a future climate fund. A remaining sticking point is whether to include a role for international bodies, such as the World Bank, in administering aid.

Donor countries want to have guarantees that the money is actually spent on global climate protection. The developing countries receiving the funds want freedom of choice on their national measures and no preconditions, for example, on policy priorities.

"There's a tug of war going on right now. The dispute is about the trustee role," said Steve Herz.

Donor countries want the World Bank to play a role as trustee, which - according to Herz - "could mean that they just cut cheques, but it could also mean a broader role in implementing and conceiving projects".

Negotiators are currently trying to agree on the scope of the trustee role.

As the globe's largest poverty-fighting institution, with 65 years of experience in development finance, the World Bank says it can play a helpful role.

"Our specialty is essentially delivering results at scale. The world has lots of pilots and lots of wonderful experiments going on a small scale and those are really good. But what the world really needs now is scale. I think we can play a helpful role in bringing together the overall packages," Andrew Steer, Special Envoy for Climate Change at the World Bank, told Deutsche Welle. 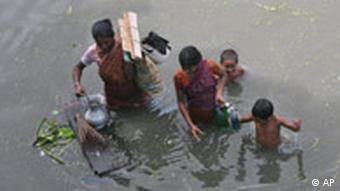 But there are some delegations that are very skeptical about the World Bank administering the funds. In particular, developing countries oppose a climate fund managed by the bank and instead want the UNFCCC to be the Fund's manager.

The UN ambassadors of Bolivia, Pablo Solon, summed up their reservations:

"To have the world bank as the entity that is going to manage this is something that we do not support," Solon told Deutsche Welle.

"Why? Because as you know, there has been a crisis, an international crisis and part of the reason for this crisis is the IMF and the World Bank, which have imposed a policy that has provoked this crisis".

The World Bank has also been criticized for not acting progressively enough on climate related issues.

"It continues to promote as its central paradigm fossil fuel based energy production," said Steve Herz

On the sidelines of the conference, the World Bank launched a new multi-million dollar fund to help emerging market countries set up their own carbon markets

Carbon markets create a profit-generating system whereby a cap is put on the total amount of carbon emissions and companies can trade in surplus rights to emit carbon dioxide into the atmosphere. The idea is to create a market based system that incentivizes companies to reduce carbon emissions.

The World Bank thinks this system can play a bigger role.

"Today only two percent of Clean Development Mechanism money goes to Africa and we have found that in our own portfolio of carbon markets, we have more than 20 percent going to Africa and it works fine. In other words, we believe that it is possible to extend the reach of carbon markets and offsets to those low income countries," Steer said. 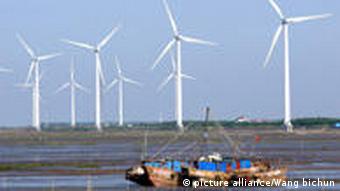 Friends of the Earth, an environmental advocacy group is strongly critical of carbon markets.

"Carbon markets are an irreparably flawed means of addressing climate change," said Karen Orenstein of Friends of the Earth US.

"They further entrench the economic arrangements that facilitate the North's over-consumption and have landed us in this climate crisis in the first place."

Nnimmo Bassey, Executive Director of Environmental Rights Action in Nigeria and Chair of Friends of the Earth International, thinks that the negotiations are missing the real issues by concentrating too much on market issues.

"All the negotiators talk about is how to use the market to soften global warming – carbon offsetting by planting a tree somewhere in Africa while you keep polluting in Europe," he told Deutsche Welle.

With talks due to end on Friday, many negotiators believed they could come to agreement in three key areas: the architecture of a global climate fund, aid to discourage deforestation, and verification of countries' climate pledges.

An international organization, which evaluates the effectiveness of donor governments’ aid for people suffering from conflicts, disasters and climate change, has released its 2010 Humanitarian Response Index. (07.12.2010)