February 4 is World Cancer Day. Currently, 8.2 million people die from cancer worldwide every year, out of which, 4 million die before the age of 70, according to the World Health Organization (WHO). 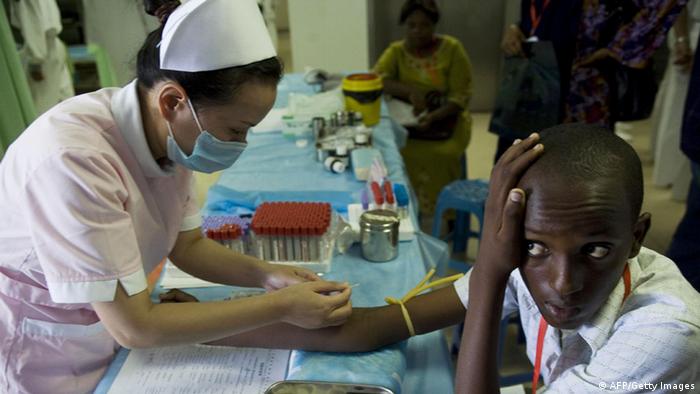 In Kenya, cases of cervical and breast cancer, are the common forms of cancer among women and are on the rise. But other forms of cancer like liver and the pancreatic cancer have also become common.

Statistics from Kenya's ministry of health show that there are 27,000 cancer related deaths and 40,000 new diagnoses annually. Half of those diagnosed with cancer die before getting treatment due to the late detection of cancerous cells. With these alarming figures, Kenyans have been thronging hospitals to check their health status. There are also campaigns to create awareness about cancer.

But even as the battle to contain these alarming death rates is gaining momentum, new findings have shown how doctors make deals with hospitals in India, after receiving bribes, to refer cancer patients there for treatment that they would get back home in Kenya.

During a recent cancer summit in Nairobi, Dr David Makumi from the Kenya Network of Cancer Organizations described how such ventures by some doctors have impeded efforts to treat and care for cancer patients in Kenya.

"A patient who does a fundraising to go to India for a straight forward breast cancer treatment, must have adequate information in terms of what hospitals in Kenya do before travelling to India," he said.

Makumi also added that as the doctors rake in millions, the patients are left poor and often in a worse condition than before.

"We have seen patients with advanced forms of cancer and out of despair, pain or ignorance they sell everything they have like plots of land, houses and take the next flight. And what happens is that they come back and maybe die shortly thereafter. In other words they don't live longer because they went," Makumi said.

Doctors who refer patients to India receive bribes of up to US$ 3,000 (2,700 euros). Makumi is not entirely against patients being referred to India for specialized treatment, but thinks there should be strong grounds for such referrals.

"We have good reasons why patients should go for treatment but half the patients who go be treated here," Makumi added.

Last year, thousands of cancer patients among others, travelled to India to seek specialized treatment. This cost them 10 billion shillings (89 million euros), according to the Kenyan government. Thereafter, Kenyan president Uhuru Kenyatta thanked Indian doctors for their efforts to treat his countrymen.

"We are very grateful that India has opened up its facilities to our people and over 10,000 Kenyans are coming for various medical treatments," Kenyatta said. 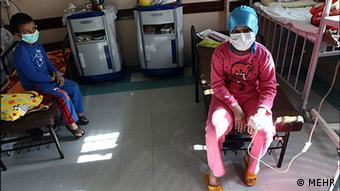 Most of cancer patients die before the age of 70

"I believe this number could be much larger if we partner much more strongly. There exists an opportunity to expand that number from 10,000 to well over 100,000 by developing those facilities in Kenya. You would be able to triple your business and it's beneficial to you and to us," he added.

Therefore, as Kenyans commemorate the World Cancer Day, Makumi hopes that the president and health officials will come up with new measures regarding referrals to foreign countries.

"There is need to set some guidelines and regulations so that we know whether the referrals are motivated by clinical decisions or by commercial interests," he said.

Moris Atwine und David Mwesigwa belong to Uganda's new IT elite. The university students want to turn an app for the early diagnosis of breast cancer into a marketable product. The disease is stigmatized in Uganda. (23.09.2015)

Students from Uganda have developed an app to help breast cancer screening. It features a glove that can be connected to a smartphone app to relay data from sensors. (26.01.2016)

Angelina Jolie has undergone surgery to have her ovaries and fallopian tubes removed, two years after a double mastectomy. DW looks at some of the factors in assessing women's risk of cancer. (25.03.2015)