Medicinal marijuana has been legal in Canada for years, but one of Justin Trudeau's election pledges was to permit recreational use as well. Jillian Kestler-D'Amours reports from Toronto as the wheels begin to turn. 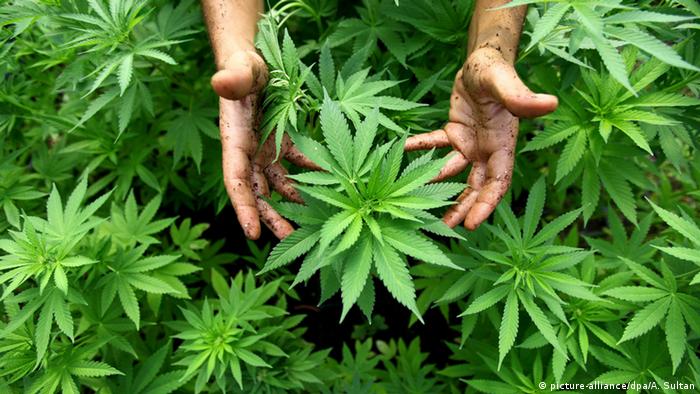 Canada is poised to become the first country in North America to legalize marijuana and other cannabis products for recreational purposes, a decision that has the support of a majority of Canadians.

But experts say federal legislation, expected to be introduced later this week, is only the first step, and the implementation of a countrywide, legalized cannabis system will likely differ from coast to coast.

"That framework legislation will empower the relevant ministers to pass regulation, and the regulation is really where the action happens," said Hugo Alves, a Toronto lawyer who specializes in the medical marijuana industry.

It's not yet clear where recreational cannabis products will be sold in Canada once it is legalized, what entities will be allowed to produce it, if a limit will be imposed on how much someone can purchase at one time, or what tax the government will charge. 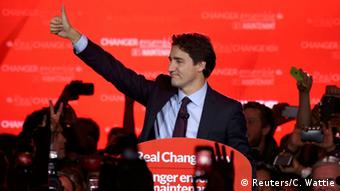 Legalizing it was one of Justin Trudeau's campaign pledges

But Alves said regulations would likely be enacted at the provincial and municipal levels to control distribution, and the systems will vary on a province-by-province basis.

That could mean some provinces will allow private, independently-owned retailers to operate, while others will establish monopoly systems, similar to those that currently regulate alcohol sales in places like Ontario or Quebec.

"Ultimately, Canada is the first kind of fully developed country to implement adult use legalization at a federal level, and that makes it very, very unique," Alves told DW. "We're very much leading the way and it's other jurisdictions that are looking to us to see how this unfolds. Canada certainly has a pathway to being a global leader both in a regulatory sense and in a market sense. So all eyes are on us."

Legalizing recreational marijuana was one of Canadian Prime Minister Justin Trudeau's election campaign promises in 2015. A year later, the federal government established a task force to make recommendations on how to create the new system.

That committee looked at how other places have legalized recreational marijuana use - including Colorado, Washington state, and Uruguay - and at how Canada has regulated tobacco, alcohol, and medicinal cannabis in the past.

The task force recommended that Ottawa regulate the production of cannabis across the country, set a minimum age for purchase at 18, and impose restrictions on advertising similar to those that exist for cigarettes.

Provincial and municipal governments should, meanwhile, be able to choose to set a higher minimum age, and regulate distribution and retail sales in their own jurisdictions, the committee recommended. 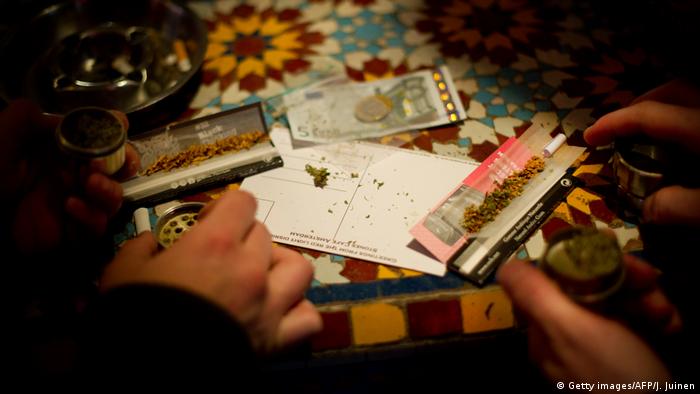 It's not yet clear whether "Coffee Shops" like those in Amsterdam might pop up in Toronto, Montreal or Vancouver

Ottawa is expected to unveil the details of its plan as early as Thursday, and cannabis could be legally available across the country before July 1, 2018.

Marijuana is the most commonly-used illegal drug in Canada, with 44 percent of citizens saying they have used it at least once in their lives, according to the Center for Addiction and Mental Health (CAMH) in Toronto.

Canadian teenagers also reportedly smoked the most marijuana on average among 11-, 13-, and 15-years-old's surveyed in 29 Western countries at 28 percent, according to a 2013 UNICEF report.

Jürgen Rehm, executive director of the Institute for Mental Health Policy Research at CAMH in Toronto, said cannabis legalization should be treated first and foremost as a public health issue.

"Any kind of intervention by government should have the intent to keep damage and harm from cannabis as low as possible. That's a simple rule," he told DW.

Rehm said the government should impose restrictions on advertising and a requirement that labels clearly indicate what the characteristics of the product are. "It should not be an ordinary commodity," he said.

Canada legalized the sale and purchase of cannabis for medical reasons in 2001, and shops that sell medical marijuana, known as dispensaries, were established across the country.

But possessing and selling marijuana for non-medicinal purposes remains illegal under Canada's criminal code, though authorities in some bigger cities have generally turned a blind eye to small amounts being used for personal consumption.

In the last year though, as more and more dispensaries popped up across Toronto, often without a license, police have cracked down. Dozens of dispensaries have been shuttered in the city alone, and owners have been arrested and charged with drug-related offences. 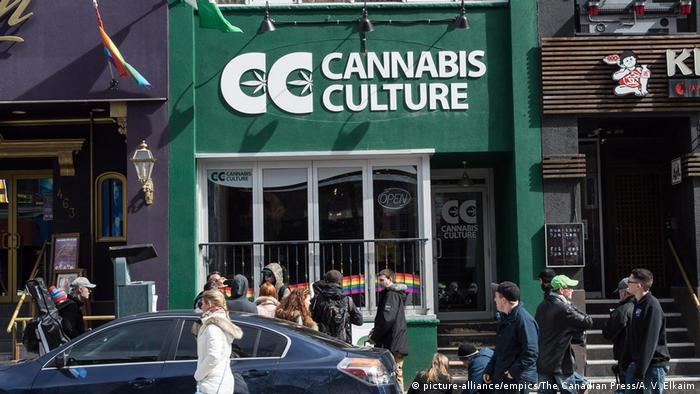 Medicinal only? Dispensaries like this one have become ever-more widespread, prompting police attention

According to Alves, when it comes to distribution, Canada is "on a pathway to clarity," but a fully-fledged system is still about 14 to 20 months away.

"At the end of the day, it's not legalization in the sense that something that was before illegal is now completely legal," Alves said. "What is being put in place is a legislative exemption to the general prohibitions on production, distribution and possession of a controlled substance to allow a class of people under certain circumstances and in certain places to have access to cannabis."

For years, the Canadian Public Health Association has argued that the criminalization of illicit psychoactive substances, like cannabis, does not reduce their use or make people safer.

Instead, the group says prohibition creates a dangerous system that fuels illegal markets, and leads to injuries, death, and the spread of diseases.

And a majority of Canadians seem to agree: Nearly seven in 10 Canadians support legalizing marijuana, according to a survey released in early 2016. Over 40 percent of people also said marijuana should be legally sold in dispensaries or pharmacies, while 36 percent want it sold in regulated liquor stores.

According to Rehm, health officials from around the world are looking to Canada to get legalization right. But with few examples to compare any new system to, he said the Canadian government should "err on the side of caution."

"Make it clear that this is a provisional law which will be re-evaluated in two or three years from now," he said, "and if there are problems which we didn't foresee, that we have the capacity to actually reverse some of those things and improve them."

Cannabis cures: Italy launches a pilot project for domestic production of cannabis to become independent from Dutch imports and meet the demand for medical cannabis. (28.02.2017)