Can Turkey sustain its economic miracle? | Business | Economy and finance news from a German perspective | DW | 27.06.2012

Can Turkey sustain its economic miracle?

Turkey has impressed the world with its decade-long economic boom. But many economists are raising doubts about the future and suggest that Turkey cannot continue its growth pace with the current model. 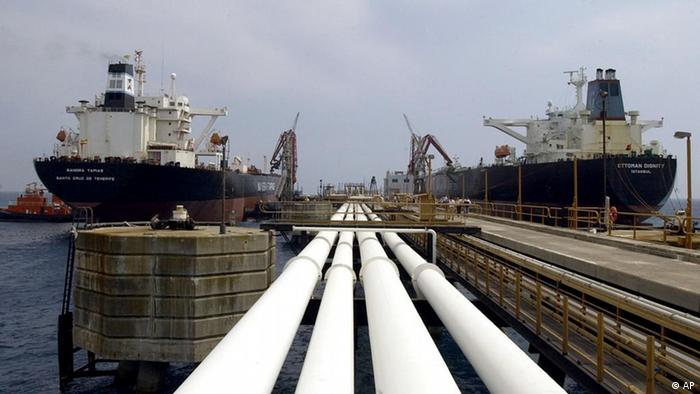 Turkey's exports are booming but is that enough?

Despite the gloomy economic outlook in Europe, Turkey's economy continues to grow rapidly, making the country an attractive destination for foreign investments. Economic growth was close to 7.5 percent in 2011 and this year the Turkish government estimates the economy to expand by a further 4 percent. Turkey's exports and imports continue to rise, as another sign of strength of the world's 15th-largest and Europe's 7th-largest economy. Turkey's sovereign debt has been reduced to just 42 percent of its gross domestic product, one of the lowest levels in Europe after Sweden and the Czech Republic.

Turkish Economy Minister Zafer Caglayan said Moody's upgrade was "right, but not enough." He stressed that where Turkey once had been dependent on International Monetary Fund credits, it had now gained a stronger profile, becoming one of the creditors of the IMF and even recently pledging $5 billion (4 billion euros) to its crisis fund. Stressing that Turkey's budget gap - GDP ratio is smaller than most of the EU countries, Caglayan said the country deserved a higher rate, at the very least an "investment grade" level.

Many analysts think the ruling Justice and Development Party's (AKP) economic policies have been a success story. But the Turkish economy is not immune to vulnerabilities stemming from rapid growth in recent years, or external factors, such as the financial crisis in Europe. 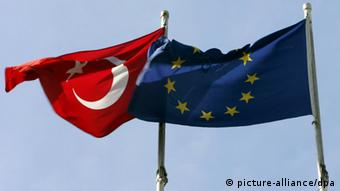 Most of Turkey's exports go to the EU

As Turkey's economy is highly dependent on Europe and the financial crisis in the eurozone poses challenges to the country's economic growth. Forty-six percent of Turkey's exports go to the EU and Europe continues to be the main source of Foreign Direct Investement (FDI) to Turkey, with a share of 76 percent. More than 75 percent of the country's tourism comes from Europe.

Turkey has enjoyed an impressive, decade-long economic boom, but the sustainability of this growth rate in the years ahead is questionable. When the AKP came to power in 2002, Turkey's GDP was 243 billion euros ($303 billion). It rose to 550 billion euro in 2010, while the country's exports increased from 41 billion euros in 2003 to 85 billion euros in 2010.

Many analysts view Turkey's current account deficit as a major source of concern for the future of the economy. This deficit stood at 10 percent of gross domestic product in 2011, one of the highest in the world. A major reason is the widening gap between Turkey's exports and imports.

"Turkey's current account deficit is also a sign that Turkey is consuming more than it is saving," prominent Turkish economist and columnist of the Sabah daily, Suleyman Yasar said. "But this deficit is mainly from the private sector, not from the public sector. And it is not expected to become a major risk for the economy." Yasar stressed that a solution to the problem would not be taking measures to increase savings, but currency depreciation, thus strengthening Turkey's competitive power.

According to Mahfi Egilmez, an economist and former treasury undersecretary, the current account deficit has been an integral part of Turkish model of development. As Turkey's savings are at their lowest level in 20 years, the country is financing its investments through foreign financial sources. Turkey has traditionally been an import-dependent developing economy, but this model needs to be changed, according to Egilmez. 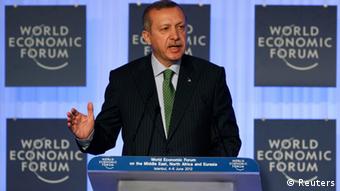 Experts say the government should not rest on its achievements

"It is not possible for Turkey to continue its decade-long economic boom for another decade with the current model, which can be summarized as more foreign deficit, more development," he wrote in his blog. "Turkey should move toward a new model, with the motto of less account-deficit, more domestic production, with an open foreign competition," he stressed.

Turkey's recent economic performance over the last couple of months is positive, according to Egilmez. According to statistics from the first quarter of 2012, Turkey's current account deficit decreased from $21.6 billion to $16.2 billion. Turkey's exports in the first 3 months increased to $37.6 billion, compared with the $33.2 bilion in the same period last year, while imports also showed a slight increase.

While many analysts are optimistic for the future of the Turkish economy, economists like Mustafa Sonmez caution against over-optimism. According to him, macro-economic statistics highlighted by the government as a success story only give a limited picture of the real situation of the Turkish economy. Statistics about GDP growth, exports, sovereign debt and current-account deficit are important, but not enough for a comprehensive understanding, he said. Turkey's pride about its economy should be based on facts, not illusions.

Missing this real picture is "just like being the frog in Aesop's Fables, who wants to be as big as the cow. He inflates himself again and again. But in the end, he bursts."

Xi Jinping, the expected next leader of China, is making a key visit to Turkey. While the emerging global powers aim at developing strategic ties, the crisis in Syria has offered a test case for their cooperation. (19.02.2012)