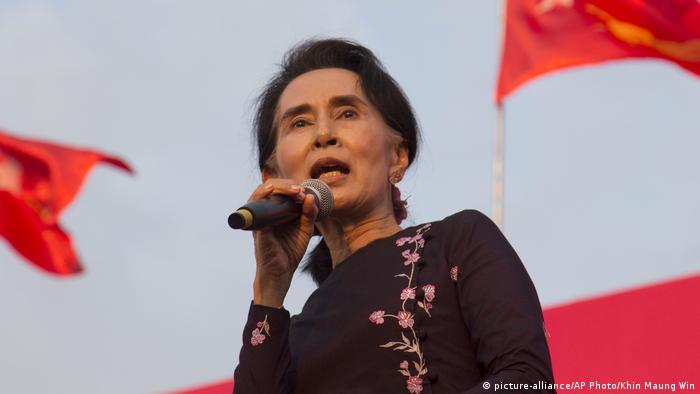 Myanmar's Union Election Commission (UEC) has come under fire for first blocking and then allowing the largest local election monitoring group, the People's Alliance for Credible Elections (PACE), to observe the November polls.

In July, the UEC issued a letter to PACE stating that the monitoring group was not allowed to observe the election because it received international funding and was not registered as an organization. By mid-August, more than 450 organizations signed a statement in solidarity with PACE, saying the UEC decision compromises the legitimacy, independence and fairness of the upcoming general elections.

"Monitoring is an important part of the election process. Independent observers will add to the credibility of the November vote," Sai Ye Kyaw Swar Myint, the executive director of PACE, told DW.

After coming under pressure, UEC retracted its decision and said PACE was allowed to participate in the polls. Still, no official letter has been sent to PACE in this regard. "We were told about it in a telephonic conversation. We are still waiting for an official document to get an accreditation," said Swar Myint.

Why was PACE barred?

The UEC stated that PACE violated Section 27 of the Registration of Organization Law that allows registered bodies to receive foreign assistance. However, the law does not prohibit non-registered organizations from accepting foreign funding.

According to PACE, the funding it receives is legal and the sources are publicly shared on its website.

"It appears that the UEC decisions are biased. We need to put pressure on the UEC to hold free and fair elections," Khin Zaw Win, a political analyst, told DW.

PACE was founded two years before Myanmar held the landmark 2015 general elections, which saw Nobel Peace Prize winner Aung San Suu Kyi's National League for Democracy party forming the government. The November polls will be the third elections since the end of the military's absolute rule in Myanmar. PACE monitored elections in 2015, 2017 and 2019.

Maung Saungkha, head of a civil society organization, also raised concerns about the impartiality of the UEC. "According to the constitution, the election commission is appointed by the ruling party. This time around, its members have been appointed by the NLD and it is likely that the UEC would take orders from the government," Saungkha told DW.

Myanmar's former military-backed ruling party, the Union Solidarity and Development Party (USDP), said it has no confidence in UEC members.

The UEC over the years has introduced a number of procedural changes in the voting system, even though the legal framework for holding elections remains unchanged. Myanmar still has not signed the International Covenant for Civil and Political Rights (ICCPR), an international treaty ensuring the conduct of democratic elections.

Political parties will get airtime on state-run TV and radio stations in the run-up to the elections, but according to new rules set by the UEC, the campaign messages need to be vetted by election authorities.

Human Rights Watch (HRW) has urged the UEC to amend these rules, saying the campaign messages should not be pre-approved by authorities. "The UEC should revise the broadcast rules to ensure that voters are able to hear opposition parties on state-owned media speaking freely about their policies and platforms," the rights watchdog said in a statement.

The broadcast rules prohibit content that "disturb security or the rule of law," or "disrespects" existing laws or the image of the country or the military. The rules also censor content that could "incite" members of the civil service to oppose the government.

HRW says the government and the military have used these laws to target opponents.

Saungkha, who was sentenced to six months in prison for defaming former President Thein Sein in a Facebook post, told DW that the rules regarding political campaigns are not clear. "They are favoring the NLD. State Chancellor Suu Kyi's campaign meetings are broadcast live," Saungkha said.

Myanmar is the first country in Southeast Asia to hold elections during the coronavirus pandemic. Experts say it is impossible to hold a free and fair election in the present scenario.

"As an incumbent, the NLD enjoys nearly exclusive visibility as a respondent to the health crisis," the Heinrich Böll Foundation said in a report. "Some interview partners for this assessment have argued that the longer the freedoms of movement and assembly are restricted, the more beneficial the situation could be for the NLD."

It is likely that foreign election monitors will not be able to participate in the November elections due to ongoing pandemic travel restrictions. "As external observers can't come to the country, the UEC should allow local groups to monitor the election process without any restrictions," stressed PACE's Swar Myint.