German carmakers didn't pioneer the new era of electric cars, but now they're making massive investments in EV model development and production. By 2025 they may surpass their rivals for global e-car market share. 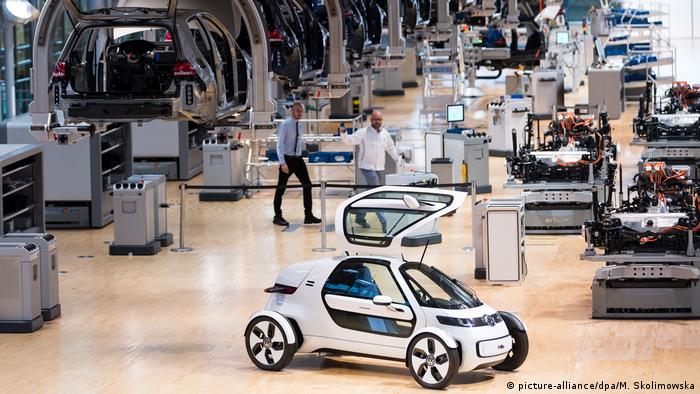 One take-home message that emerges from the report is that the future of EV is bright, with rapid increases in battery electric vehicle (BEV) production volume expected in coming years. BNEF estimates that e-cars are likely to reach unsubsidized price parity with comparable internal combustion engine powered vehicles (ICEVs) by about 2024, as battery-pack prices continue to drop. 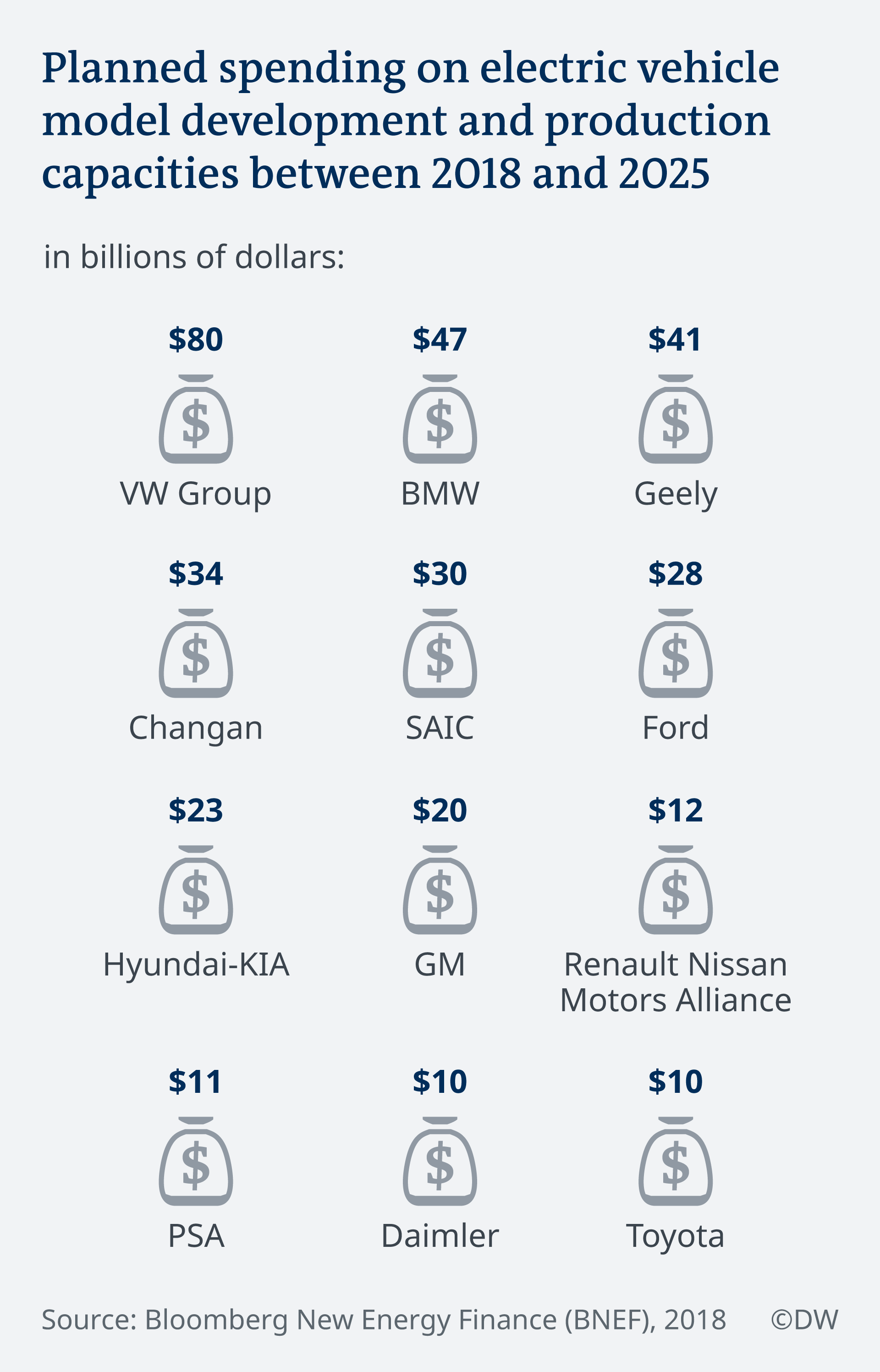 Another insight provided by Bloomberg's data is that although German carmakers have until recently been slow and reluctant to move away from ICEVs and toward EV production, in the past couple of years, they have begun shifting gears.

VW's planned EV spending is nearly twice that of Chinese rival Geely, which plans to spend $41 billion. BMW intends to spend $47 billion over the same time period — that's the second-largest amount of any global carmaker, behind VW Group.

Will the Germans come out on top?

That means German carmakers could regain their edge in passenger car markets in an emerging BEV-dominated world, even though it hasn't been German carmakers that have provided the technological impetus driving the modern era; that impetus has come from California-based Tesla Motors and its dynamic CEO, Elon Musk, and before that from Toyota, with its hybrid gasoline-electric Prius.

Nor has it been Germany that has been providing the regulatory impetus driving e-car markets; that came initially from California lawmakers — and more recently, from the Chinese government. 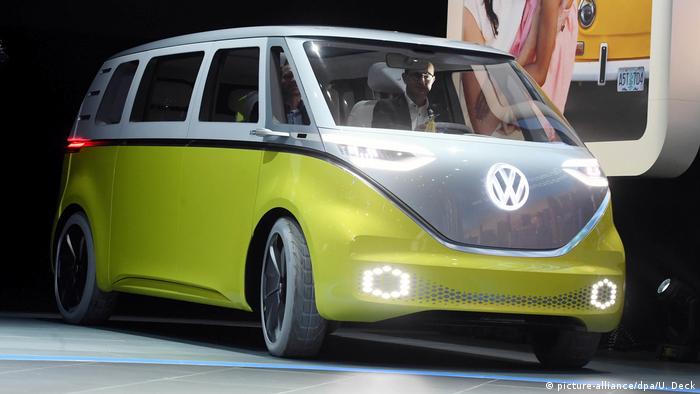 EV: A long way to go

According to the International Organization of Motor Vehicle Manufacturers, around 95 million new vehicles were produced globally in 2017, of which 72 million were cars and 23 million were commercial vehicles — the overwhelming majority of them fossil-fuel-burning ICEVs.

China was the country with by far the largest production numbers. Japan came in second place and Germany was third. Global e-car sales in 2017 were a tiny fraction of the total, with just 1.6 million EVs made, 1 million of them BEVs and 0.6 million plug-in hybrids. 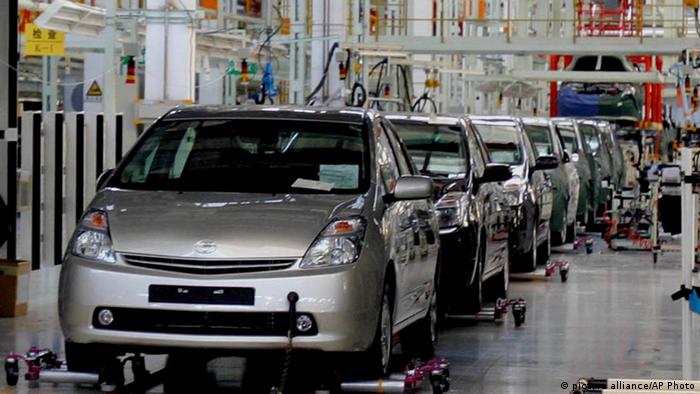 Toyota of Japan started producing electric cars long before German carmakers. Here, a Toyota Prius production line in Changchun, China, which opened in 2005. Nevertheless, by 2025, Germany intends to be at the forefront in EV production

The proportion of EVs that are fully electric BEVs, rather than hybrids, has been gradually rising: in 2017, the ratio was 62-38 in favor of battery electric cars. In 2012, it was 55-45 in favor of hybrids.

Counting both BEVs and plug-in hybrids, then, EV sales totaled only 2.2 percent of all passenger cars produced in 2017. That doesn't seem like much. But it's far more than five years ago, and it's far less than the volume of EV production BNEF expects by 2025, 2030, and 2040 — and especially from 2024 onward, after which analysts expect EVs to be cheaper than combustion-engine powered cars comparable in size and quality.

The global fleet of electric vehicles on the world's roads is likely to more than triple to 13 million by 2020 from 3.7 million last year, according to a report released in May by the International Energy Agency.

Oil demand from cars is currently about 23 to 25 million barrels of oil per day, according to BNEF analyst Salim Morsy. He said that because of a growing global car fleet, this would rise to 35 million barrels per day by 2040 if no efficiency improvements or electrification occurred. However, BNEF expect both efficiency improvements in ICEV cars as well as rapidly rising volumes of EVs hitting the streets, displacing fossil-fuel-burning cars. BNEF's current estimate for total oil usage by automobiles for the year 2040 is 15 million barrels. 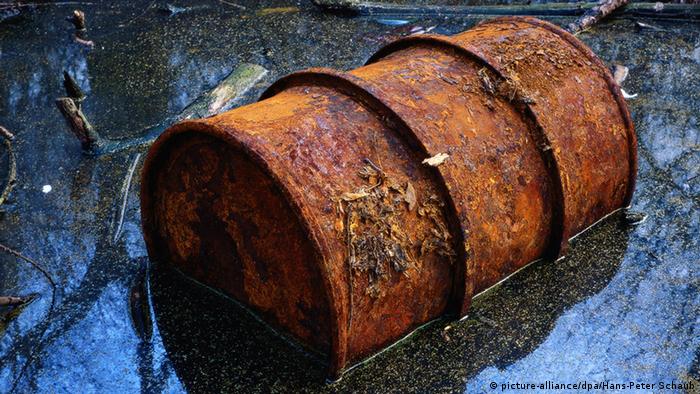 Given daily oil demand from cars of around 24 million barrels per day in 2017, and given that 98 percent of cars produced last year were built with internal combustion engines, automobile-driven pollution will continue for at least a couple of decades yet

These planned investments are in support of EV production targets at each carmaker. For example, the following two German and two Chinese companies have the following targets, expressed as a percentage of each company's total car production volume for the year 2025: VW 25 percent, Daimler 20 percent, BAIC 100 percent, Chang'an 100 percent

In 2017, 50 percent of EVs sold world-wide were sold in China. Because of China's "New Energy Vehicle" quota system, BNEF analysts expect China to continue to account for about half of global demand in the next several years as well. 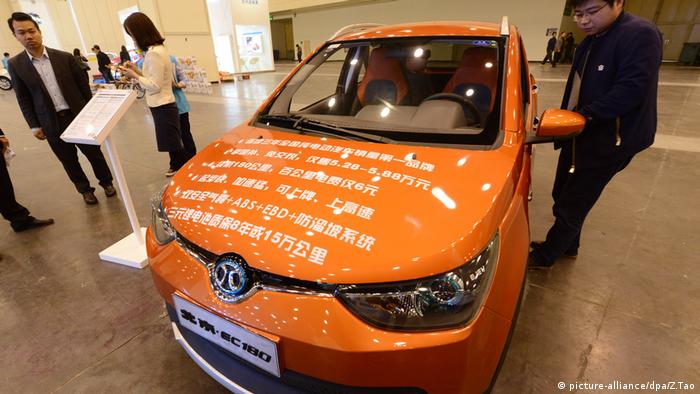 BAIC Motor's EC180, a made-in-China electric car. The Chinese carmaker intends to move away from internal combustion engines altogether over the next several years, and focus on e-car production

China's quota system is not, however, the only important regulatory mechanism driving up EV production. In Europe, BNEF has estimated, carmakers will need 13-18 percent of their new vehicle sales to be EVs by 2025 in order to meet gradually tightening EU carbon emissions standards.

It isn't just EV production volumes that will be growing in the coming years. The number of EV models is growing, too. At present, there are 155 EV car models on offer world-wide, across all brands. Counting only planned EV models that have been announced, that number is set to nearly double to 289 models by 2022.

BNEF's sales forecast projects a production volume of some 11 million EVs by 2025, then 30 million+ by 2030 as EVs become cheaper to make than ICE cars. In 2025, according to BNEF's projection, 19 percent of new car sales in China will be EVs. In Europe, EVs will account for 14 percent of new car sales, and in the US, 11 percent. 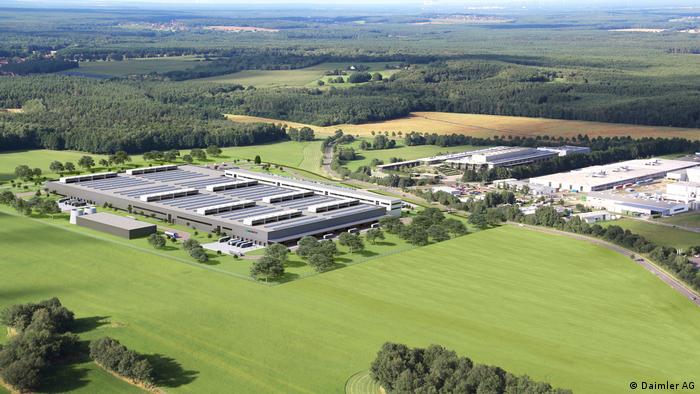 Daimler is building a global supply chain for lithium-ion battery packs for its e-cars. Here, an Accumotive battery factory near Kamenz, Germany

The price of lithium-ion battery packs has come down dramatically, from about $1,000 per kWh in 2010 to an average of $209 per kWh in 2017. Continued exponential growth in demand for EVs depends strongly on whether battery-pack prices continue to decline.

BNEF analysts have identified the price of cobalt as a key factor in the further evolution of EV prices and hence EV demand over the next several years. Cobalt is a key ingredient in lithium-ion EV batteries, and a shortage of cobalt has recently been driving up cobalt prices. Carmakers are hoping to contain battery-pack prices by investing in lithium-nickel-manganese-cobalt-oxide battery technology. NMC batteries, as they're often called, use less cobalt, and are also less prone to overheating during fast recharging than current lithium-ion batteries. 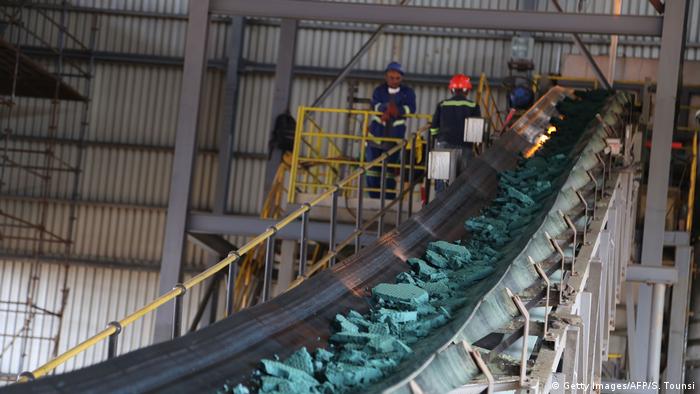 About 58 percent of global cobalt production stemmed from the Democratic Republic of Congo last year, totallying 64 thousand metric tonnes of the metal, which is a key ingredient of the lithium-ion batteries needed to power e-cars

According to BNEF's Colin McKerracher, a $200-300 billion per year EV market, up from $30 billion today, is possible with current technology lithium-ion batteries. A new generation of improved batteries will be necessary by the middle of the coming decade to enable further rapid growth.

Another factor that could limit EV market growth over the next few years is a paucity of fast recharging stations. There are some 600,000 public charging stations in place globally at present. Many more will need to be built. In principle, this can be done — but one special challenge will be to figure out a way to provide adequate numbers of charging stations in spatially constrained high-density residential areas.