Can a President Trump avoid conflict of interests?

With the inauguration just weeks aways Donald Trump has still not detailed his plans to separate his business interests from political office to avoid conflicts of interests. But is that even even possible? 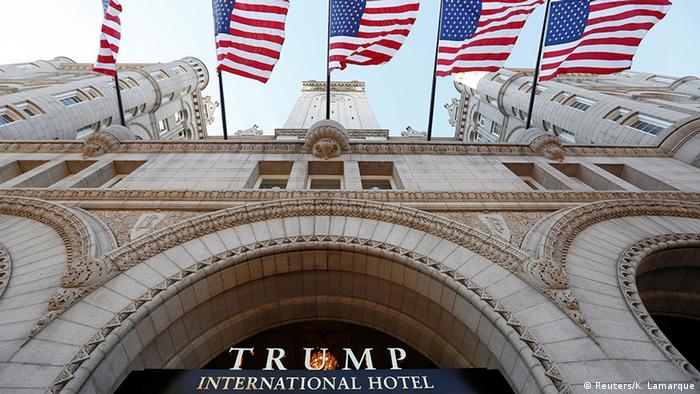 Donald Trump has been dogged by questions about potential conflicts of interests between his business ventures and his political role pretty much since he launched his presidential campaign.

And he was not able or - as many argue - willing to resolve the issue during the course of the campaign, just as he has rejected calls to release his tax returns, a customary practice for presidential nominees.

If Trump was hoping that the questions about his many potential conflicts of interests would simply fade away over time, he was wrong. While that might have been the case had he lost the election, winning the White House has only increased the urgency of calls for Trump to clearly separate his future presidential duties from his business roles and interests.

"To my mind there is really no reason for this delay," saidMarian Currinder, policy director for government accountability at Transparency International USA. For Currinder, there can be only one solution if Trump wants to avoid the potential for conflicts of interests. 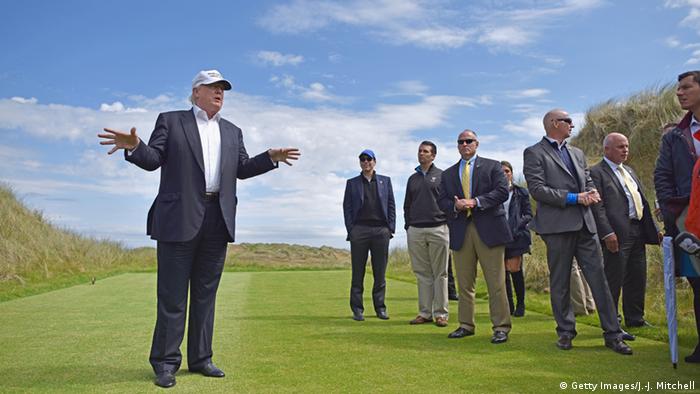 Samuel Issacharoff, a law professor at New York University, concedes that Trump has been slow to fully address the issue of his conflicts of interests.

But, he noted, what makes Trump's case more complicated than usual is that, unlike many politicians, Trump is not just a passive investor, but an active businessman whose main asset is his brand reputation.

That's why simply putting those assets in a so-called blind trust, which is run independent of him, may be more difficult for him than for politicians whose main assets consist of stock holdings.

"Back in June he divested himself of all his interests in the stock portfolio," said Issacharoff. "Now that's the easy part. But that shows that he has at least some awareness that he has to maintain appearances here."

Transparency's Currinder is not convinced. For her President-elect Trump's interactions with international leaders suggest that he does not fully recognize the importance of separating his business ventures from his political duties.

"We have read reports of meetings with foreign leaders where he would bring up one of his hotels in that country," she said. "That is a total mixing of politics and business that should just not happen. If he doesn't completely divest himself, every move he makes is going to be scrutinized, and he will be taken to court by people who are watching him." 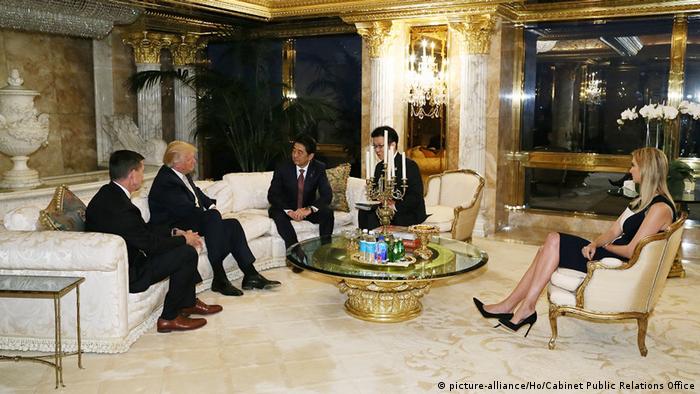 But even doing what anti-corruption experts call for - divesting himself - will not suffice, Susan Rose-Ackerman, a law professor at Yale University who wrote the seminal work on the topic "Corruption and Government," told DW via email.

"I believe that it will be impossible for President Trump to avoid conflicts of interest," she said. That's because even if he divests himself from his assets, "he knows the industries and the countries where his companies have financial interests."

While completely avoiding conflicts of interests may thus be difficult or impossible for Trump, he clearly has not done enough, added Rose-Ackerman. Beyond divesting himself, she noted, Trump should never meet or communicate with investors who are in joint ventures with his organization or who have purchased the right to use the Trump name, and he should cancel all branding and licensing contracts.

Ultimately though, Trump's vast - and for a president - unprecedented business interests may require an unusual move, suggested NYU's Issacharoff:  the creation of a new position whose sole task would be to act as an overseer and intermediary "between Trump the president and Trump the enterprises."

US president-elect Donald Trump has selected billionaire Carl Icahn to advise him on business regulation. The pro-Wall Street, anti-environmentalist will help shape rules to police Wall Street and the environment. (22.12.2016)

The US president as an enterprise

US President-elect Donald Trump has to decide what will happen to his Trump Holding when he moves into the White House. He's a businessman, no politician. And that might bring about various conflicts of interest. (11.11.2016)