Groups are asking the public to make a gesture for awareness of landmines, which continue to claim nearly 5,000 victims annually. Despite progress on a global ban, some countries continue to use landmines. 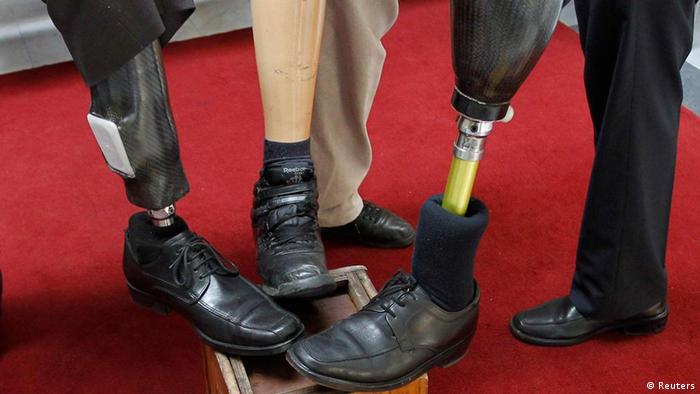 Lend your leg campaign to raise awareness of landmine danger

Firoz Alizada stepped on a landmine in Afghanistan in 1996 when he was just 14 years old. "After the explosion, I realized that I would die very soon," Alizada said.

He did not die. Instead, he awoke to the horror that his left foot was gone forever.

Alizada is among the many who continue to be hurt by landmines. Every year, thousands of people continue to get maimed or killed by mines in more than 60 countries across the world.

On March 1 of this year, 13 years after the Mine Ban Treaty came into force, groups kicked off a campaign under the slogan “lend your leg for a mine-free world.”

On April 4, landmine survivors will be appealing to people all over the world to roll up one of their pant legs, inviting people to step into the shoes of the victims of these indiscriminate weapons.

When Alizada awoke, he realized that his arms and legs were covered with blood.

"It's a miracle that I survived because it took me more than seven hours to reach the very first aid that could stop the bleeding," Alizada told DW. It took almost 13 hours before he arrived at a hospital for an operation.

This formative experience brought Alizada to his work as campaign manager for the International Campaign to Ban Landmines (ICBL). With its founding coordinator, Jody Williams, the ICBL won a Nobel Peace Prize for efforts to bring about the Mine Ban Treaty. 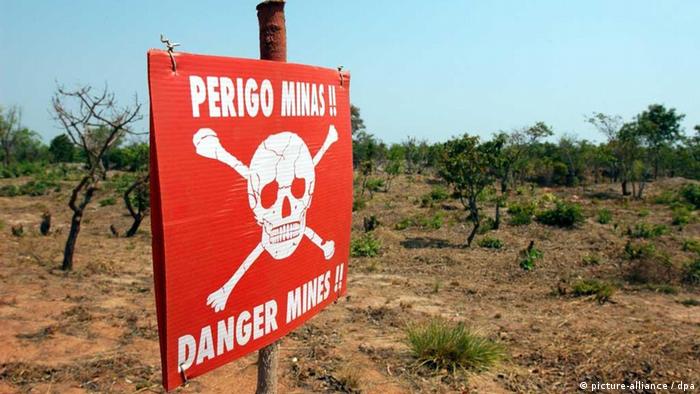 Mines can make large swaths of land inhabitable for many years

Much progress has been made in ridding the world of landmines and reducing casualties from these weapons since the treaty entered into force on March 1, 1999. Most of the world's countries have banned landmines and no longer produce them, and millions of mines have been removed.

Although most countries in the world no longer plant landmines, a few - notably Myanmar and most recently, Syria - continue to do so.

Despite progress on the ban, landmines and similar devices continue to wreak havoc on peoples' lives and livelihoods. About 12 people a day - or 4,000 per year - continue to be maimed or killed by mines and explosive remnants of war.

Some "die on the spot, some die in the hospital … mines are present and still affect people's lives in more than 60 countries," Alizada said.

These public figures will be joining the more than 1,000 people who have already signed up to "lend their leg" by rolling up a pant leg in a show of solidarity with landmine survivors. 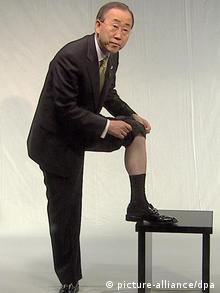 Despite Colombia being one of the world's most mine-affected countries, people don't pay much attention to the issue because it doesn't directly affect them, Salazar said. The campaign is intended to help people see the issue in a more concrete way.

The campaign was apparently so successful that it resulted in the national congress enacting a law increasing protection for victims of conflict, including rehabilitation for landmine survivors.

Two steps forward, one step back

To date, 158 countries, or 80 percent of the world's nations, have joined the Mine Ban Treaty. Signatory states agreed to stop developing or using landmines, as well as destroy their own stockpiles and clear mines within their borders.

Major treaty holdouts include the United States, Russia and China.

Land mines have the tactical purpose of making regions uninhabitable or impassable. They are also designed to injure enemy soldiers passing over land, making them a burden to the opposing military force. 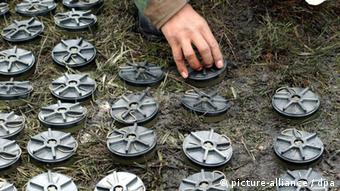 Even after a conflict ends, the mines remain, creating uninhabitable no-go zones - which act as another setback for countries in a development process.

The ICBL said that during the past two years, several governments - Myanmar, Israel, Libya, and also likely Syria - have used landmines. In addition, non-state groups in Afghanistan, Colombia, Myanmar and Pakistan also continue to plant mines.

ICBL Director Kasia Derlicka said that last November, journalists were reporting that the Syrian government was laying mines on the borders with Lebanon and Turkey.

Mines placed along the borders have "the same aim as previously, to prevent people fleeing the country and to prevent smuggling of weapons into the country," Derlicka said.

These reports appear to be credible, but can't be confirmed because of lack of access to the area, Derlicka added. 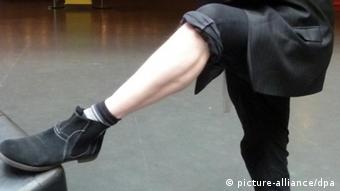 The information also appears to corroborate a recent study by Human Rights Watch, which claims Syria is laying landmines near its borders with Lebanon and Turkey along routes used by refugees to escape violence.

Anti-land mine activists garner hope from the big picture that more mines are being removed than new ones being lain.

Landmine survivors hope the "lend your leg for a mine-free world" campaign won't end on April 4, but rather, continue until landmines are gone for good.

Long after a conflict is over, the danger of landmines remains, affecting more than 80 countries. Germany finances demining projects across the globe - it's painstaking and dangerous work. (03.04.2012)

Cluster munitions and anti-personnel mines are banned by international treaties. But German banks are still investing in the manufacturers of these products, despite a commitment to stop. (25.03.2012)

Despite two decades of landmine clearance programs, Cambodia remains one of the most heavily-mined countries in the world. That’s the bad news. The good news is that the number of people falling victim to landmines and leftover bombs continues to drop each year. (22.02.2010)

Campaign reminds the world of the costs of landmines