The evidence on whether coffee is bad for our health is unclear, but an American judge says it needs cancer warnings. The World Health Organization removed coffee from its list of possible carcinogens in 2016. 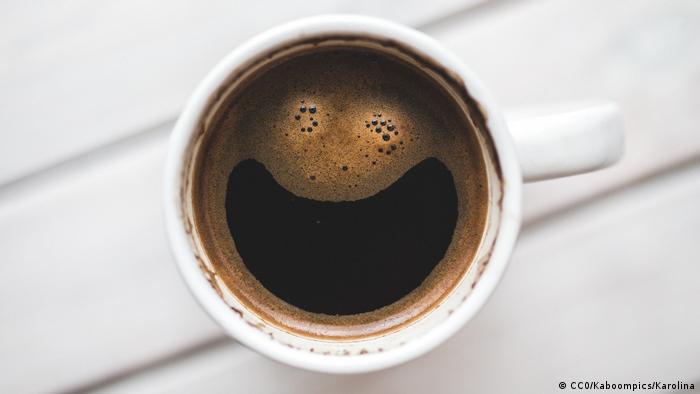 The evidence surrounding whether coffee is good or bad for our health remains unclear, but an American judge says coffee needs cancer warnings. The World Health Organization removed coffee from its list of possible carcinogens in 2016.

A California judge on Wednesday ruled that coffee sellers in the American state should be required to put cancer warnings on their coffee products.

The Council for Education and Research on Toxics (CERT) wanted the coffee industry to remove acrylamide — a chemical produced in the bean roasting process that is a known carcinogen — from its processing or put warning labels on their products.

"While the plaintiff offered evidence that consumption of coffee increases the risk of harm to the fetus, to infants, to children and to adults, defendants' medical and epidemiology experts testified that they had no opinion on causation," Berle wrote in his proposed ruling. "Defendants failed to satisfy their burden of proving ... that consumption of coffee confers a benefit to human health."

The lawsuit, which has been going on for eight years, was brought against Starbucks and 90 other companies by CERT under a controversial law passed by California voters in 1986.

The Safe Drinking Water and Toxic Enforcement Act, or Proposition 65, requires warning labels for about 900 chemicals known to cause cancer or birth defects.

The law has been credited with culling cancer-causing chemicals from many products, such as potato chips, but has also been criticized for causing quick settlement shakedowns.

The National Coffee Association (NCA) in America hit back at the ruling, saying "cancer warning labels on coffee would be misleading."

In a statement released on Thursday, the NCA stated that the World Health Organization has said coffee does not cause cancer and that the US government's own health Dietary Guidelines state coffee can be part of a healthy lifestyle.

"Coffee has been shown, over and over again, to be a healthy beverage. This lawsuit has made a mockery of Prop 65, has confused consumers, and does nothing to improve public health," said NCA president and CEO William Murray.

Scientists have not determined whether coffee is good or bad for human health, but concerns over the risks associated with coffee have been alleviated as of late, with some studies finding health benefits.

In 2016, the cancer agency of the World Health Organization (WHO) removed coffee from its "possible carcinogen" list.

According to the WHO, studies indicate coffee is unlikely to cause breast, prostate or pancreatic cancer, and it appears to lower the risks for liver and uterine cancers, the agency said. But evidence to determine its effect on many other cancer types is inadequate.

Coffee companies have said it is not feasible to remove acrylamide from their product without ruining the flavor.

British lawmakers have proposed a 25 pence ($0.34) charge on disposable coffee cups and set a target to recycle or ban them all within five years. Around 2.5 billion plastic-lined paper cups are used in Britain annually. (05.01.2018)

Southeast Asia's largest economy sees US and European sanctions on Russia as an opportunity to boost trade. The value and timeframe of the barter, swapping palm oil and coffee for warplanes, remains unknown. (08.08.2017)

Germans throw away 2.8 billion disposable cups each year, according to a lobby group. It's suggesting a 20-cent tax on throw-away coffee cups to encourage people to bring their own - but coffee vendors are outraged. (03.09.2015)

Body temperatures of up to 40°C are frequently a symptom of COVID-19, also among children. But supplies of fever-reducing antipyretics are running out. The question is: why?

Our planet has been getting hotter for decades due to climate change. UV levels are also on the rise. How do sunlight and heat affect our bodies? And how can we protect ourselves? In good shape has the answers.