Southeast Asia's largest economy sees US and European sanctions on Russia as an opportunity to boost trade. The value and timeframe of the barter, swapping palm oil and coffee for warplanes, remains unknown. 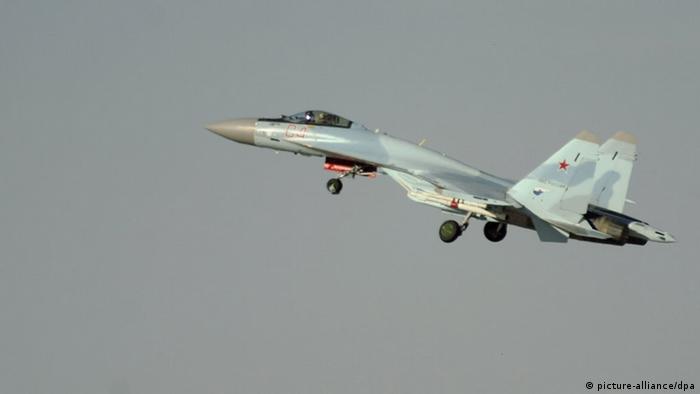 Indonesia said it would trade palm oil, coffee and other commodities for Russian fighter jets.

The barter deal to exchange 11 Russian-made Sukhoi Su-35 jets for key commodities was signed on August 4 in Moscow between Russia's Rostec and PT Perusahaan Perdagangan Indonesia, both state-owned companies.

The European Union and United States have slapped sanctions on Russia for alleged meddling in the US presidential election and its annexation of Ukraine's Crimea.

Indonesian Trade Minister Enggartiasto Lukita said the sanctions were an opportunity for Indonesia to revive trade with Russia which has fallen since 2012.

Indonesia already operates 16 Sukhoi jets. The southeast Asian nation made its first purchase in 2003 while it was subject to a US embargo on arms sales due to the military's human rights abuses.

Details of the barter came as Russian Foreign Minister Sergei Lavrov was to was due to arrive in Indonesia for two-day visit later Tuesday.

'Indonesia among the best economies in the G20'

In an interview with DW, Indonesian Finance Minister Sri Mulyani Indrawati emphasized that compared to Europe, Indonesia's economy is benefiting from a combination of a young population and effective fiscal policies. (07.07.2017)

Jakarta has cut all military ties with Australia pending the resolution of "technical matters." Media reports have said that offensive material was found at an Australian army base. (04.01.2017)