Germany's third-largest state will join forces with California to tackle climate change. The agreement was forged at a global climate summit in San Francisco. 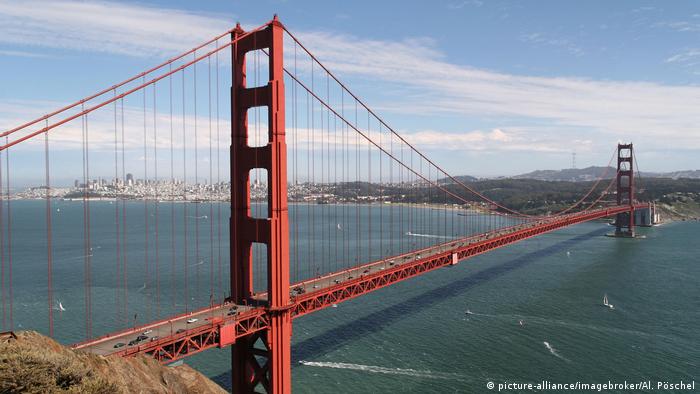 The governor of California, Jerry Brown, announced Saturday that his state would join the southwestern German state of Baden-Württemberg in a sister-state relationship with the goal of strengthening climate protection and economic ties between the two.

The sister-state agreement comes at the tail end of a global climate summit, organized by Brown, which attracted thousands of politicians, activists, business leaders and others from around the world.

The premier of Baden-Württemberg, Winfried Kretschmann, joined Brown at the summit in San Francisco for the signing of the agreement.

Read more: Climate action made in America — despite Trump

"The German connection is alive and well in California," Brown said. "The fact that this little Under2 Coalition has grown shows you that from small beginnings we get very large outcomes, as long as we keep persevering."

"We are proud to have California as a new partner at our side. Not only in the fight against climate change but also to shape new partnerships in e.g. science, culture, art, transportation & urban infrastructure," Baden-Württemberg's government said in a tweet.

Brown has been one of many US politicians who have continued to implement measures to tackle climate change despite President Donald Trump's reversal in policy last year, when he announced the US withdrawal from the historic 2015 climate accord reached in Paris.

The US state, the fifth-largest economy in the world, has committed to producing 100 percent clean electricity by 2045. The law contradicts President Donald Trump's energy policy, aimed at boosting the coal industry. (11.09.2018)