Unpopular President Blaise Compaore has fled the country, but the opposition lacks a vision for Burkina Faso's future. Civil society activists appear to offer the best hope of tangible change. 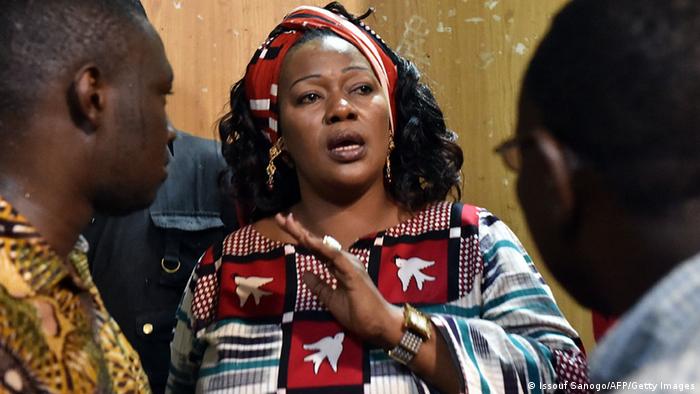 It was just a "misunderstanding" said Saran Sereme. On Sunday (02.11.2014) demonstrators had declared that she - the leader of the opposition Party for Development and Change (PDC) - was now the new president.

She was the first politician - and the only woman opposition figure - to lay claim to the presidency following Compaore's departure. But in an interview with Deutsche Welle, Sereme denied that this had been her intention. She had been forcefully taken to the headquarters of a local broadcaster and had not wanted to be proclaimed president.

Burkina Faso's opposition parties had been calling for Compaore's resignation for some time. But when he was finally deposed last week after protests - which sometimes escalated into violence - it was not the opposition parties who were driving events, but the demonstrators out on the streets. It was they who were goading the nation's politicians into action.

Adam Kanazoe, head of the opposition Youth Alliance for the Defense of the Independence of the Republic, admits that his party had not expected the president to be ousted and was therefore not prepared for that eventuality. The opposition's main aim had been to prevent Campaore from standing again at the presidential elections next year. "We are having to think again," he told DW. 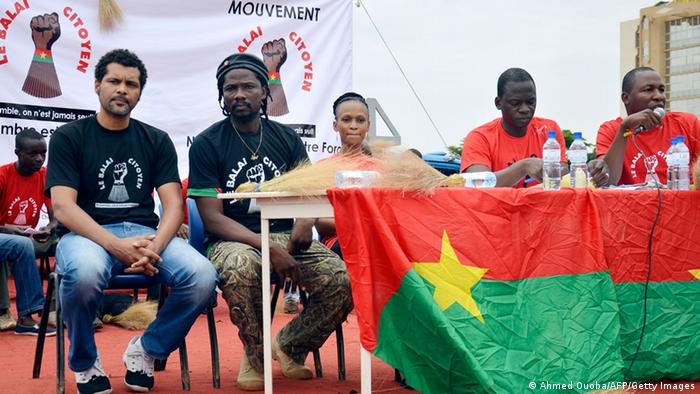 In common with representatives from other political parties, Kanazoe does not wish to suggest a successor for Compaore, or raise demands for the restructuring of Burkina Faso or its institutions.

Opposition figures and the military want instead a candidate to be picked for the post of interim leader. Sereme said opposition parties agree on this point "even though they all nurture their own ambitions."

No deep differences between political parties

Elke Erlecke heads the West Africa Program at Germany's Konrad Adenauer Foundation. She said she's not surprised that Burkina Faso's fragmented opposition is reluctant to step forward with concrete proposals for the country's future. None of the ambitious opposition leaders wish to become interim head of state, because that specific leader could be precluded from running from office when elections are finally held. Most of the parties do not have a manifesto with which they could campaign for votes at the ballot box. "Their policies are chiefly of a general nature and call for more democracy, peace or harmony," Erlecke said. There is an absence of concrete proposals on how to beat poverty or boost development.

Most parties in Burkina Faso are formed around their leaders and are seen largely as a vehicle for getting them into power. Many of today's opposition leaders, such as Saran Sereme and the head of the Union for Progress and Change, Zephirin DIabre, had themselves been members of the Congress for Democracy and Progress (CDP), the ruling party of the deposed president. Ideological differences between the political parties in Burkina Faso are not very deep.

Even a CDP representative conceded in an interview with Deutsche Welle that the demonstrators had "turned the page in the country's history" and spoke of "common goals" shared by his party, youth and civil society.

Erlecke believes differences between the old regime and the opposition will re-emerge fairly quickly. Burkina Faso may be one of the world's least developed nations, but a strong civil society has taken root there. It was civil society - which includes groups such as "Balai citoyen" (Citizen Brooms) - that spearheaded the recent protests. The Citizen Brooms were led not by politicians but by two young musicians. "Whoever wishes to run the country will have to sit down and talk with these activists and their organizations," Erlecke said. They will not accept a continuation the old cronyism and corruption under a new leadership.

An influential leader claims Lieutenant Colonel Isaac Zida plans to return Burkina Faso to civilian control. Zida has said he is "not here to usurp power" but has given no timeframe for a transition. (04.11.2014)

Burkina Faso's military must return the country to civilian rule within the next two weeks or face sanctions, the African Union has said. The interim president promised a "consensus" leader ahead of the AU demand. (03.11.2014)

The military in Burkina Faso has clamped down on mass demonstrations in the capital city, as tensions rise over who should lead the interim government. Protestors are demanding the army relinquish power to civilians. (02.11.2014)

In Burkina Faso, a historic trial is taking shape for the death of iconic leader Thomas Sankara in 1987. But the main defendant and former president, Blaise Compaore, will be absent.

The EU has said it could withdraw financial aid from Burkina Faso and hit coup leaders with sanctions if "constitutional order" is not restored.

As the UN document turns 70 years old, experts say there is a lack of political will to implement the rights of refugees under the agreement. Countries in Africa are already moving beyond it.