German parliamentarians have overwhelmingly approved a 13-month extension to the Bundeswehr's activities in Afghanistan. The mission is being gradually downsized, and is currently due to end by 2015. 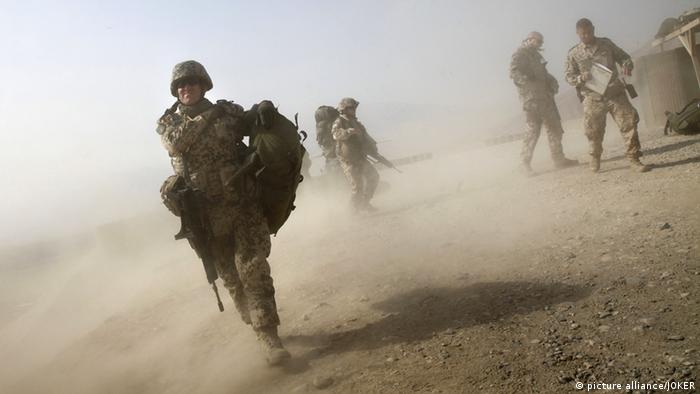 The extension of the Bundeswehr's mission in Afghanistan, which requires regular parliamentary approval under German law, was passed by a clear majority on Thursday in Berlin.

At the Bundestag lower house of parliament, 435 politicians voted in favor, 111 opposed and 39 abstained.

Afghan widows are struggling for survival. After their husbands' deaths, the women are faced with rape, poverty and social condemnation. One of them considers her life to have ended before it ever really began. (30.01.2013)

The new mandate, valid until February 2014, reduces the upper limit of German soldiers available for service in Afghanistan from 4,900 to 4,500. The government aims to reduce the number of soldiers in the country to 3,300 by the end of the coming year, though the plan stipulates that this is subject to an improved security landscape.

The NATO-led ISAF mission in Afghanistan is being gradually phased out, with plans to cease all combat operations by the end of 2014, more than 12 years after the international intervention began.

"The security situation in Afghanistan is becoming less and less tense," the Christian Democrat's defense policy spokesman Ernst-Reinhard Beck told parliament. "Thanks to the tireless engagement of our Bundeswehr soldiers, the situation in the north of the country continued to improve this past year. The smaller number of incidents is an indication that Afghanistan is becoming safer and the Afghan army is being sustainably trained and equipped."

An ISAF military presence, most likely including some German troops, will remain in the country after that point in order to train local security forces. NATO will coordinate this follow-on mission in Afghanistan.