Following some high profile recent departures, Borussia Dortmund fans finally have some transfer news to smile about. Dortmund have snapped up Barcelona's Spanish defender Marc Bartra, 25, for a fee of 8 million euros. 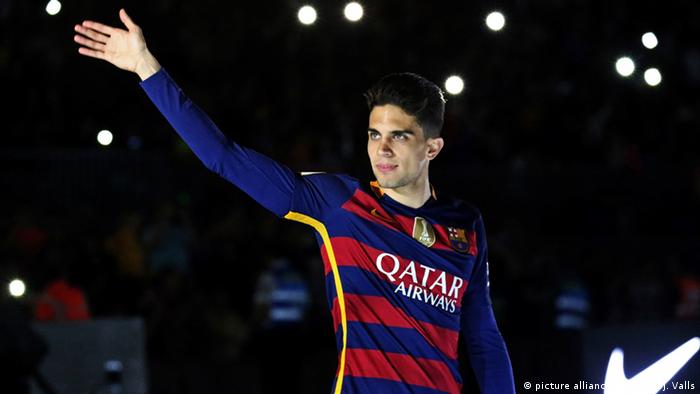 The Spanish champions confirmed the news on their website on Friday night:

"FC Barcelona announce that German club Borussia Dortmund have informed them of their desire to activate the buy out clause for the player Marc Bartra, according to which the Club is obliged to facilitate the transfer of the player for the price of 8 million euros ($9m)," a statement read.

The Spanish international, who is part of his country's Euro 2016 squad, will sign a five year deal with the German club.

Bartra will be seen as a replacement for Mats Hummels, the German international center back who will play for Bayern Munich next season and the Spaniard's move comes the day after the Bundesliga runners-up confirmed the departure of star midfielder Ilkay Gündogan to Manchester City.

After making his way through Barcelona's famed La Masia academy, Bartra went on to make 103 appearances for the first team, winning a host of honours, but never truly nailed down a first team slot. In their statement, Barcelona called Bartra a "fine representative of the values embodied by la Masia, both as a player and as a person."

Many will see the 8 million euro fee as cheap for a player of Bartra's experience and age. He is the second major signing of the summer for BVB thus far, joining teenage French forward Ousmane Dembele.