Miguel Caballero has developed bulletproof clothing to protect children from shooting sprees - and the US is his main market. The designer hopes to sell his collection to parents who fear for their children's safety. 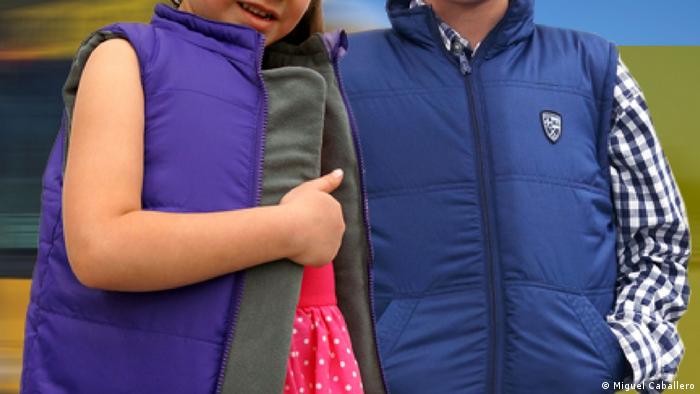 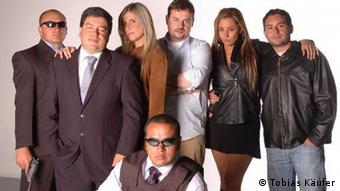 Miguel Caballero (second from left) wearing one of his own suits

Violence, death and murder are a normal part of day-to-day life for a creative businessman with factories in Mexico and Colombia. Both countries are flashpoints in the Latin American drug war. Some call his choice of locations macabre, others business-minded.

"The US is where the market is for children's products," he says. "They have their own problems there."

And the Colombian designer Caballero believes he has the solutions.

They're called V-Bag, Puffer Kids, T-Shirt Kids and Safety Vest, and they're meant to protect children from the kind of attacks that happened recently in Newton, Connecticut.

The "Kids" T-shirt, for example, is constructed of highly modern, bullet-proof polymeric fibers. They're supposed to be able to withstand the heaviest of bullets. The T-shirt is light and can be worn inconspicuously as an undershirt.

With Caballero's shirts, blouses and jackets, the children at least have a small chance of survival, the designer says.

And if people don't believe him, Caballero happily whisks them into his Bogotá office. There he persuades them to put on one of his special jackets and presses the trigger of a small revolver at close range. The clients feel the impact of the projectile as a light thud, but none leave the headquarters with an injury. Caballero enjoys this little piece of theater every time. He still gets a kick out of the shock on his clients' faces. 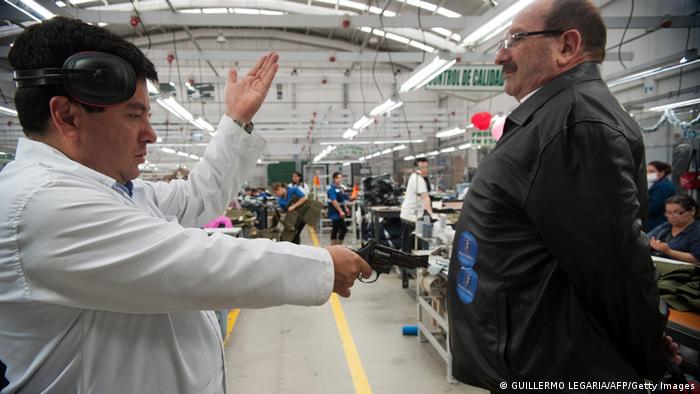 Miguel Caballero fires a .38 caliber revolver at a bulletproof leather jacket in his factory

His catalog carries 500 products: military vests, sports jackets, coats, leather jackets and jean jackets, and even bulletproof garments for pets, with shoulder straps. This "high security fashion" costs between $300 and $3,000 (227-2,270 euros) per piece. Tailored garments may work out at even more.

Nothing is too exotic or eccentric for Caballero. For Oktoberfest he developed a bulletproof dirndl - an Alpine peasant costume for women - and he's also constructed a bulletproof Bible cover made of leather.

The image of an exhausted police officer suffering under the weight of a bulletproof vest was the impetus for this unlikely fashion designer to start his own line. "The guy took off his vest because it was too heavy for him," Caballero said. "What nonsense. I've tailored a vest that's clearly lighter and just as safe."

With $10 in start-up capital he fashioned his first bulletproof vest for a police officer. Two decades later, his company now has 180 employees. He's sold more than 32,000 products. 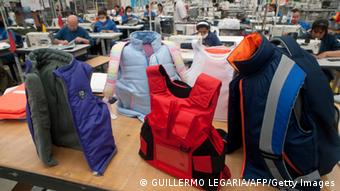 The newest clothing line for children - each of them bulletproof

Caballero is particularly proud of his most prominent clients. Heads of state come to him for bulletproof suits that look completely normal to the untrained eye. Caballero dressed Columbia's ex-president, Alvaro Uribe, in one of these, and President Hugo Chavez of Venezuela also wears the bulletproof clothes. Spain's Crown Prince Felipe and Princess Letizia were adorned with armored, quilted jackets at their wedding in 2004. In total, the company counts eleven heads of states among its clientele.

Mafia bosses, however, are not among his customers - or at least none that are labeled as such by the police, he insists. The names of his well-to-do and highly secretive clientele are kept in several highly confidential folders. The fact that children and teenagers now number among them doesn't concern him.

Meanwhile, fear continues to drive the clients into his arms - so much so that Caballero plans to open a third outlet in Lima, Peru.

Size matters when it comes to clothing

People hesitate to buy clothes online because they can’t try them on. But technology could change that. Online shoppers might not have to leave home or order clothing to get the right fit. (14.12.2012)

Hurricane Ian made landfall, becoming one of the strongest storms to hit the US in years. It caused power outages and flash flooding but began to weaken as it moved inland.

Hurricane Ian hit Cuba with great force. The category 3 storm caused immense damage and a power outage across the country. Meanwhile Ian has been upgraded to a category 4 storm and is approaching Florida.