Whether it's wood, wax or even snow - a variety of materials are available to build homes. The important thing is that they're eco-friendly. Here's a look at some innovative ideas for creating low carbon houses. 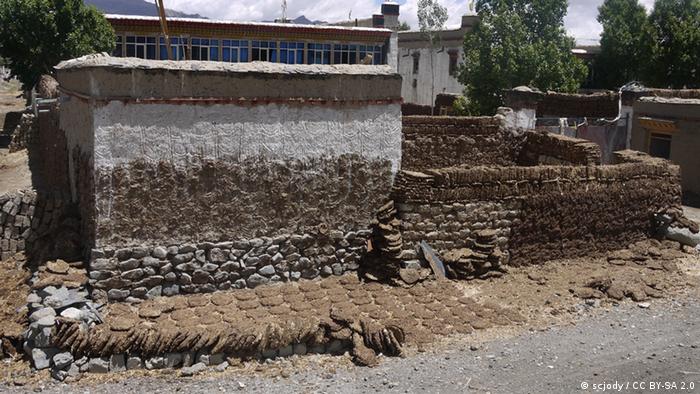 Private households account for around half of the world’s energy consumption, so it’s no wonder that constructing eco-friendly homes has become one of the most important steps in slowing climate change’s rapid pace.

Around 90 percent of the energy consumed in private households is used for heating and cooling – especially in homes where poorly isolated windows and roofs and aging heaters waste massive amounts of energy.

But another insidious climate killer is the use of energy-intensive building materials like cement. Using alternative, ecological materials could greatly improve construction’s carbon footprint. 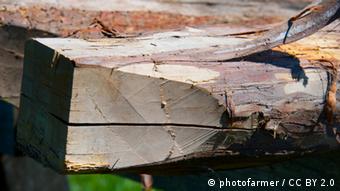 Not only is wood sustainable, but it also offers huge potential to store carbon

Wood remains a poster child for eco-friendly building. It's one of the few traditional building materials that doesn't just have terrific thermal insulation properties, but trees are also natural carbon sinks. With their unique ability to absorb carbon dioxide during the process of photosynthesis and store it as carbon, it’s estimated that every cubic meter of wood captures around a ton of CO2.

As long as a wooden house continues to stand, the carbon remains stored away safely. According to the pro-wood initiative HolzProKlima, a simple, small pre-fabricated wooden home can save up to 80 tons of CO2.

Another classic building material is cement. According to the World Business Council for Sustainable Development (WBCSD), it's the most commonly used material in the world after water. Today, modern cement consists of three parts calcium and one part silicate, a mineral compound that makes up most of the earth’s crust.

Still, limestone must be burned at around 1400 degrees in order to extract calcium, a process that consumes massive amounts of fossil fuels and releases waves of CO2 emissions into the air. That is one of the reasons why the cement industry alone accounts for five percent of global CO2 emissions. 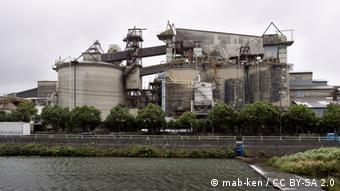 Cement factories are some of the biggest polluters in the world

To change that researchers first needed to study hardened cement at its most basic atomic level, says Franz-Josef Ulm, a professor at the Massachusetts Institute of Technology who is a leading scientist in the field of cement research.

“Now that we know the molecular structure, it is possible to replace calcium with other materials, thereby cutting down on huge amounts of greenhouse gases,” he says. Cement producers have been slow to react, but Ulm remains hopeful. “As soon as policymakers make big polluters pay for the emissions they generate, we will have very different products on the market in a very short period of time.”

But alternatives are already out there. A host of new, modern materials have found ways to reduce CO2 emissions, some of which keep rooms cool and have rendered air conditioners irrelevant. It's also makes financial sense, especially for big office complexes made of glass and steel. They usually consume large amounts of energy trying to keep offices cool in the summer heat. 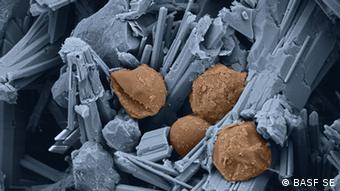 Microscopic wax beads melt at a certain temperature, and when mixed with other building materials, they help keep temperatures under control

A team of researchers from the German chemical giant BASF and the Fraunhofer Institute have now developed an insulation material that captures heat instead of allowing it to pass through. “At the heart of the idea was the ability of wax to store heat,” says BASF product manager Kresimir Cule. The researchers ended up developing a product called Micronal PCM, which consists of tiny wax balls covered in an acrylic glass shell.

When temperatures hit 26 degrees Celsius, the wax melts, capturing heat and lowering room temperature by up to four degrees. At night, as temperatures sink rapidly, the PCM wax beads harden once again.

But what about constructing buildings in far-flung locations? That calls for unusual building materials, and that is certainly the case in the Arctic. Since the 1950s, traditional igloos have become obsolete there. But they are now experiencing a renaissance of sorts. 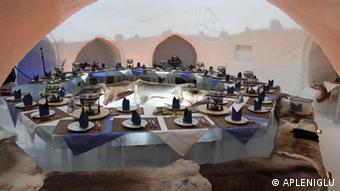 Austrian architect Benno Reitbauer learned the art of building igloos in northern Finland, and today he is using those skills to construct an entire village made of snow, high up in the mountains of Tyrol at an altitude of 1,400 meters. “The interior temperature remains constant between minus two and zero degrees,” he says. “That doesn’t sound very warm, but when it is minus 20 degrees outside, it actually feels really good.”

Reitbauer says he is fascinated by snow’s malleability: “Because the walls are as hard as cement, we can construct igloos that reach 6 meters high inside, as well as construct furniture and fine decorative elements,” he says.

One reason recycling materials are becoming increasingly popular is that building materials are growing increasingly expensive, especially in developing countries where resources are scarce. Manure is a case in point. In many parts of Africa, walls and entire homes are constructed with camel dung that is mixed with straw and mud and applied to a scaffold.

That trend has caught on in industrialized countries like Germany, too, where wooden beams in timber houses are filled with a combination of manure, limestone and loam. “Building with loam is a tradition that dates back nine thousands years,” says Robert Kehl, a mason with decades of experience working on traditional German houses.

He even recommends applying clay plaster mixed with manure inside rooms – especially in the bathroom, where the plaster can help prevent mold. “The cows’ stomachs have enzymes that destroy mildew ,” he says. “Of course, applying a layer of manure will smell for five to seven hours, but when it dries you don’t smell it anymore.”

On this week's Eco Africa, we check out efforts to save nature's waste-collectors the vulture, a startup boosting biodiversity with compostable confetti and an eco-friendly floating neighborhood.