Budget cuts are a good pretext for reforming military policy, say experts | World | Breaking news and perspectives from around the globe | DW | 06.09.2010

Germany has joined many of its NATO allies in drastically cutting its military budget, and even the US is now cautiously mooting defense "efficiencies." Is this a response to huge national debts, or a new strategy? 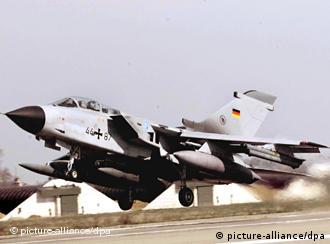 Many NATO countries are reducing orders for hardware

"By the end of the year it ought to become clear that the Bundeswehr will become smaller, but better." This is how German Defense Minister Karl-Theodor zu Guttenberg framed his plans to cut the German army by around a third last month.

A similar refrain has been taken up throughout the NATO alliance, where growing state debts are putting increasing pressure on defense budgets, but defense ministers are at pains to ensure that security is not impaired.

British Defense Secretary Liam Fox said in July that possible cuts to the country's nuclear deterrent are being considered, but insisted that any budget trimming must not put Britain at risk by weakening its armed forces. 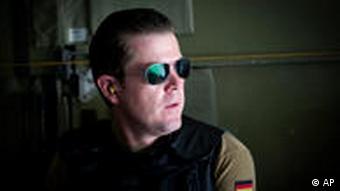 Guttenberg has come under fire for his radical proposals

"These are tough economic times, but I am determined to ensure the UK retains robust and well equipped armed forces capable of intervening abroad where necessary to protect our security," Fox said in a speech to London's Chatham House think tank.

Similarly, Fox's French counterpart Herve Morin said last month that his ministry would make about 3 billion euros ($3.92 billion) in savings up to 2013 to help France bring its public finances under control, while at the same time promising that France's military presence in Afghanistan would be maintained.

The Italian military is also facing a 10 percent budget cut by 2011, though here, as in many other countries, the reductions will take the form of slashing orders for military hardware, notably the Eurofighter airplane.

This is obviously due to the new financial constraints that almost all governments are currently subject to. But Henning Riecke, program director at the German Council on Foreign Relations (DGAP), says that financial problems have also come in handy for those keen to see major reforms in Germany.

"The driving force behind this development is the financial crisis, and the additional debts that were taken on to keep the crisis under control," he told Deutsche Welle. "But I also think the pressure of this crisis is being used to push through difficult reform decisions that wouldn't have been possible at other times; for example the reduction of tank divisions that are not needed anymore, or the closure of military bases in western Germany."

Tackling defense spending has been a political taboo in the United States since the September 11 attacks in 2001, but even there that may be changing, analysts say. There is a consensus among governments that the US withdrawal from Iraq signals a new global situation that requires a new defense strategy.

"We're about to enter into a glacial shift in thinking about the size of the defense budget. And the wars are no longer the iron-clad protection that the budget increasers had," said Winslow Wheeler, director of the Straus Military Reform Project at the Center for Defense Information. 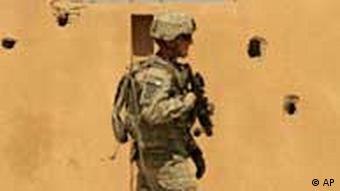 The West is realizing that military intervention does not prevent terrorism

Nick Witney, Senior Policy Fellow at the European Council on Foreign Relations, agrees that a fundamental change is beginning to take hold in NATO's defense strategy. "Europe is much more cautious about the whole idea of liberal interventionism - the policy of 'get out there, tackle the problem of terrorism at source, and make the world a better place,' is not as persuasive," he told Deutsche Welle.

Riecke of the DGAP also thinks the Iraq and Afghanistan experiences mean that the West will be a lot less ambitious about its presence abroad. "The difficult operations in Iraq and Afghanistan will lead states to be more cautious about getting into that situation again," he said. "I can't really imagine that these large-scale operations, which are tied up with state stabilization and continue indefinitely will be undertaken again soon. Afghanistan and Iraq are models that we probably won't see again for a long time."

Witney agrees. "The CIA chief testified earlier this year that he believes there are about 50 al Qaeda operatives in Afghanistan, which puts the cost of US intervention there at over a billion dollars per terrorist," he said. "They've all just moved to Pakistan or Yemen. Rooting out terrorism by military intervention does not work, and in fact we're learning, or we should have learnt, that it's counter-productive."

But many commentators believe the endemic inefficiency of the European military is enough of a reason on its own to justify spending cuts. Riecke says that in one sense, Guttenberg is right to say that a smaller army can be more effective, especially if it scraps conscription. 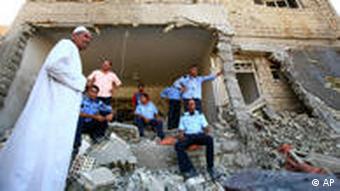 The Iraq war is unlikely to be repeated soon, experts believe

"A problem is the small proportion of German soldiers that can be put into operation. At the moment we have about a quarter of a million soldiers, of whom 10,000 are in operation at the most. The others are all tied up in other places, in structures that are in principle still stuck in the Cold War, such as the training of people in military service," he said. "That is why it is certainly possible that if you remove these unnecessary structures, you free up more soldiers to send into active operations. But equipping these soldiers is a whole other question."

"Between us, we still have the best part of 10,000 battle-tanks in Europe, as well as 2,500 aircraft. Who exactly is it that we're going to fly these aircraft against?" asked Witney. "Across Europe there is still a vast amount of waste in defense budgets. If we all get hit with 15 to 20 percent cuts that does not necessarily mean a 15 to 20 percent cut in useful defense capability, if it's handled correctly."

Even though the international situation remains unpredictable, it does not mean that making intelligent defense cuts will leave NATO unprepared. In fact, many commentators believe, streamlining the military could make it more adaptable for future conflicts.

German Defense Minister Karl Theodor zu Guttenberg has paid a visit to the country's troops in Afghanistan while pushing ahead with plans to drastically reduce the number of soldiers in Germany's military. (29.08.2010)