Plans to drastically reshape the German army have been labeled short sighted and a step in the wrong direction. The comments come from a former defense minister and an ex-army chief of staff. 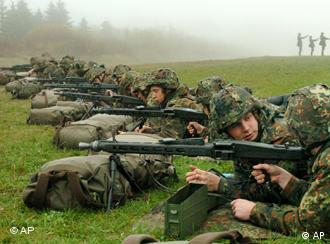 The critics feel that the numbers just don't add up

Plans to radically reduce the German armed forces in size to a purely volunteer force have been blasted by both a former defense minister and a former army chief of staff.

On Monday, Defense Minister Karl-Theodor zu Guttenberg presented his plan for German army numbers to be reduced by about a third, along with a suspension of military service. 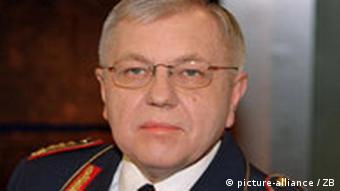 Kujat said the debate on security had not been addressed

Kujat told the German news Web site Tagesschau.de that he thought the government had not considered Germany's security commitments.

"We have heard about a lot of numbers. We know there are supposed to be savings and that the Bundeswehr will have to be reduced in size as a result," Kujat said.

"The numbers that the defense minister has announced are short sighted in my opinion. They will not allow us to fulfill our alliance obligations. After all, Germany is still the second largest country in NATO, and the largest in Europe."

Former defense minister Jung condemned the number of soliders that would remain as "nothing like enough," and was strongly critical of plans to suspend conscription.

Under the proposals, conscription will be suspended in the short term, with young men no longer called up to do compulsory service. Zu Guttenberg stressed to his fellow ministers on Monday that conscription would retain its place in the constitution, for possible reintroduction in the future. Jung said the proposal was "a step in the wrong direction." 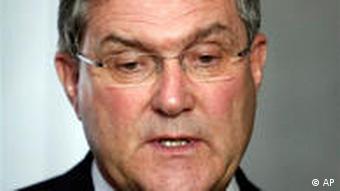 Jung said that a suspension of military service was not practical

"A purely volunteer army would no longer represent the whole of the social spectrum," he told the German news agency DAPD.

Jung said the plan to suspend military service, while retaining it as a concept within Germany's constitution as a possibility for the future was not practical.

"To reintroduce military service would hardly be practical from an organizational point of view and politically."

Jung added that many of Germany's overseas allies had trouble recruiting in sufficient numbers for their armies. The former defence minister resigned following a NATO airstrike in northern Afghanistan last year, which killed around 140 people, many of them civilians.

The defense ministry is aiming to cut some 8.3 billion euros ($10.6 billion) off its budget over the next four years.

The government is reported to be planning to slash military spending, putting an effective end to the institution of mandatory military service. If the proposals are adopted troop numbers will be cut dramatically. (13.08.2010)

As Germany nervously awaits an austerity budget due at the end of June, defense minister Karl-Theodor zu Guttenberg warns of barracks closures and troop levels being slashed from quarter of a million to 200 thousand. (28.05.2010)