Members of the international community hope a donor summit will raise enough money to keep charities that perform abortions running. The move comes as US President Trump cut funding to the groups. 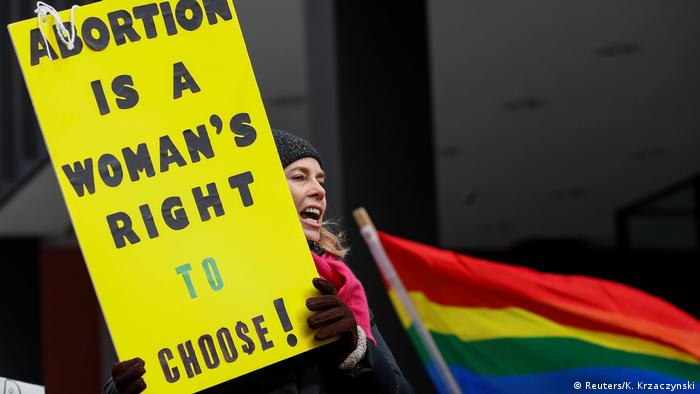 Belgium is preparing to host an international conference focused on raising money for international charities that provide women with access to safe abortions.

Representatives from more than 50 countries are expected to attend the meeting on March 2, alongside development aid ministers from Belgium, Denmark, Sweden and the Netherlands.

Belgium's minister for foreign trade and development, Alexander De Croo, told reporters on Thursday that the conference "will join forces and rally support for all these efforts that make sexual and reproductive health and rights a reality.” 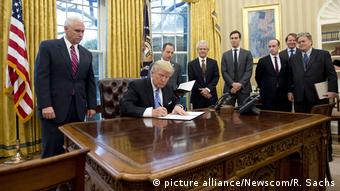 Surrounded by men, Trump cut US funding for non-US charities that provide information about abortion

The announcement comes shortly after US President Donald Trump reintroduced the so-called Global Gag Rule, also known as the Mexico City Policy, concerning abortion. First introduced by President Ronald Reagan in 1984, the order prevents international organizations from receiving US aid funding if they offer women access to abortion or counseling services and referrals to abortion providers. The law had since been reversed by Democratic presidents and restored Republican ones.

"Information about safe abortions has helped fewer girls become pregnant and allowed them to go to school and get an education," she said. "We shall mobilize political and financial support and show there is a counter force to the troubling trend we see in the United States and other parts of the world."

Lovin drew media attention last week after she released a photograph of herself surrounded by female colleagues signing a climate change law. It was considered by many as a thinly veiled criticism of the all-male audience Trump had when signing the order on to halt foreign abortion funding.

One of the main goals of the conference is to restore funds to organizations which have been impacted by the US's sudden withdrawal.

A crowdfunding campaign was originally launched by the Dutch government on January 28 to allow private donations to the international fund, Global Fundraising Initiative She Decides.

The Netherlands initially donated 10 million euros to the fund, followed by contributions from Belgium and Denmark to bring the combined total to 30 million euros.

It is estimated that the funding gap created by the US is at least 600 million euros.

A Swedish government spokeswoman said it was too soon to predict how much money the conference could raise.