During a protest against coronavirus restrictions in Brussels, police used water cannons and tear gas. Authorities estimate 8,000 gathered, far fewer that the 35,000 a few weeks ago. 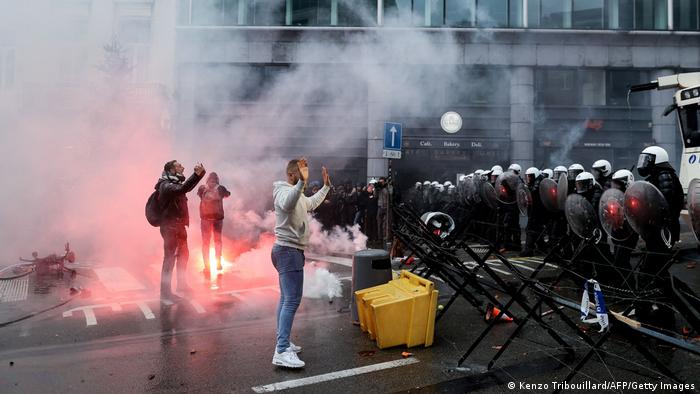 According to early police estimates, 8,000 people participated. By the afternoon, police called for the demonstration to be disbanded on Twitter and warned of arrests. 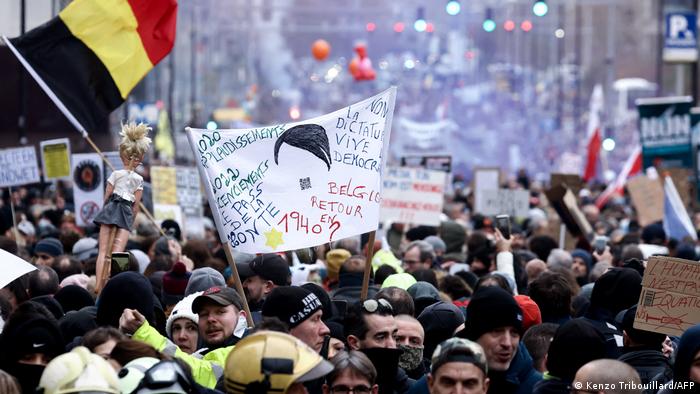 Protesters are angry about Belgium's restrictions and mandatory vaccination proposals

EU in the line of fire

AFP reported protests were halted outside EU headquarters by a barbed wire barricade and a line of riot cops. Protesters reacted to two drones and a helicopter overhead with fireworks and beer cans.

Some parents in the crowd feared the vaccine would have harmful effects in their small children.

Off duty firefighters opposed to vaccination wore their uniforms as they led the protest snaking through the city.

In Belgium, the measures to fight COVID-19 were decided at the national and regional level, though protests have targeted EU institutions.

Two weeks ago, clashes between protesters and police occurred after 35,000 people turned out to protest against restrictions to prevent the spread of COVID-19 in Brussels.

Ireland, Belgium, Greece and the Netherlands have been classed high risk as coronavirus infections escalate across Europe. Unvaccinated travelers would need to quarantine after returning to Germany.

Angela Merkel received the Order of Leopold from King Philippe on Friday before an afternoon meeting on EU policy with Prime Minister Alexander De Croo. Merkel said the next German government would be "pro-European."