Mehdi Nemmouche has told a court in Versailles that he does not accept automatic extradition to Belgium on the basis of a European arrest warrant. His legal team wants any potential trial to take place in France. 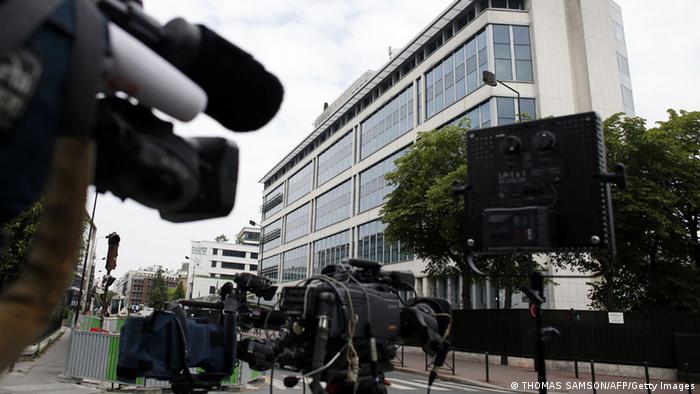 The 29-year-old suspect in the fatal shooting at Brussels' Jewish Museum last month said on Thursday that he would fight against extradition orders from Belgium.

The hearing on Mehdi Nemmouche's extradition was rescheduled to June 12 as a result, allowing the defense time to prepare its case.

"We have had very little time to prepare and that is the reason that we have asked for this hearing to be adjourned so that we can correctly prepare our arguments," Nemmouche's lawyer, Apolin Pepiezep said.

"We will not be talking about the facts today," lawyer Pepiezep said. "He will explain himself later on."

Nemmouche was arrested last Friday in Marseilles, although prosecutors first confirmed his detention on Sunday. Travel records show that Nemmouche had taken the bus to the southern French city from Brussels that Friday.

The 29-year-old with dual French and Algerian citizenship was carrying a Kalashnikov rifle, wrapped in the flag for the Islamic State of Iraq and the Levant (ISIL), and a handgun when he was arrested, according to prosecutors. He was also said to have a video recorder in his possession where a voice, believed to be his, could be heard speaking about the shooting at the Jewish Museum. The video did not show the suspect himself.

Lawyer Pepiezep said on Thursday that his client "has in no way ever said" he committed the crime. Prosecutors had said on Sunday, however, that there was a "strong body of evidence," besides the purported video, tying him to the shooting.

Nemmouche had spent time in French prisons before, and French prosecutor Francois Molins said he travelled to Syria "three weeks after he was freed" to join Jihadist groups in the country's civil war, staying for around a year. The ISIL terror group is active in Syria.

Even if the court ordered extradition in the June 12 hearing, Nemmouche would still have legal recourse to challenge the issue and likely delay the process further.

Three people were killed and another was left clinically brain-dead after the May 24 shooting in Brussels. Nemmouche is charged with "murder and attempted murder in the context of terrorism."

Jewish leaders urged Europe to do more to prevent anti-Semitic attacks in the aftermath of the shooting, highlighting in particular radicalized fighters returning from Syria. This was one of the issues European interior ministers were slated to discuss at a meeting on Thursday.