The Taliban have gunned down resistance fighter Rohullah Azizi, brother to ex-Vice President Amrullah Saleh. The former politician is now one of the leaders of anti-Taliban forces in the holdout Panjshir valley. 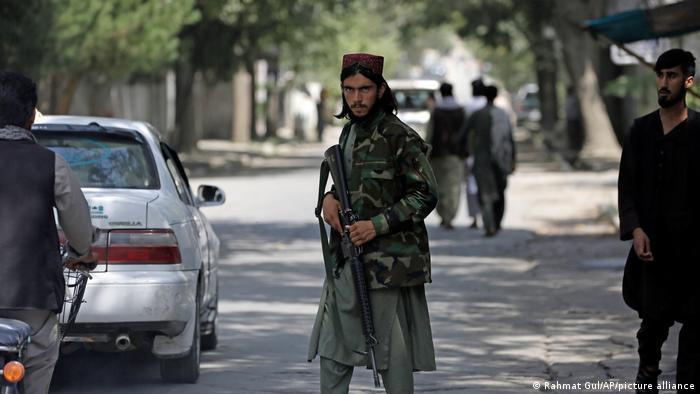 The brother of Afghanistan's former Vice President Amrullah Saleh has been shot dead by the Taliban, his nephews told news agencies on Saturday.

Rohullah Azizi was an anti-Taliban fighter in the last holdout province of Panjshir, and Saleh is now one of the leaders of the resistance movement against their strict new rule.

What do we know about the killing?

Rohullah Azizi was traveling with his driver on Thursday when Taliban fighters stopped them at a checkpoint in Khanez village in the province of Panjshir, the relatives said.

"As we hear at the moment [the] Taliban shot him and his driver at the checkpoint.'' nephew Shuresh Saleh told The Associated Press.

Saleh said it was unclear where his uncle, an anti-Taliban fighter, was headed when he was stopped. He said phones were not working in the area.

Another nephew, Ebadullah told Reuters news agency: "They killed him yesterday and would not let us bury him. They kept saying his body should rot."

The Urdu language account of the Taliban information service Alemarah said that "according to reports" Rohullah Saleh was killed during fighting in Panjshir.

Videos circulating on social media purportedly show the Taliban opening fire on anti-Taliban fighters in Panjshir whom they have arrested. The videos could not be verified independently. 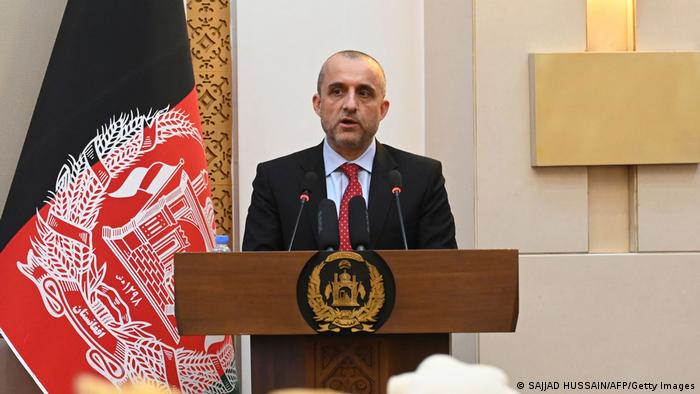 Who is Amrullah Saleh and why is he important?

Amrullah Saleh became vice president of the Western-backed Afghan government last year after earlier serving as interior minister and the head of the national security directorate.

When President Ashraf Ghani fled the country last month as the Taliban advanced on the capital Kabul,  Saleh declared himself acting president.

He also became one of the leaders of anti-Taliban opposition forces in the Panjshir valley, the last province in Afghanistan not yet fully captured by the hardline Islamist group.

Saleh has been targeted in several assassination attempts, including in July 2019 in a suicide bombing and gun battle at his Kabul office.

A year later, Saleh's convoy was struck by a roadside bomb and 10 people were killed. Saleh was among 15 people injured.

The former vice president remains in Afghanistan although his exact location remains unclear. What's the latest in Panjshir?

The Taliban had declared on Monday that they have taken over the provincial capital of Panjshir.

Representatives of the resistance group fighting the Taliban claimed that the Islamists only controlled the main street through the valley, whereas they were still in control of areas in the mountains or side valleys.

DPA news agency said there have been reports and videos from Panjshir showing that hundreds of families tried to leave the valley in the past few days with their belongings.

The telecommunication systems are down and journalists have so far not been given access to the province.

German Defense Minister: 'We must have contact with the Taliban'

Talking to the Taliban is not the same as recognizing their rule in Afghanistan, German Defense Minister Annegret Kramp-Karrenbauer told DW.

NATO: 'We are not abandoning Afghanistan'

Mircea Geoana, NATO's deputy secretary general, defended on DW's Conflict Zone the withdrawal of international troops from Afghanistan. But he recognized the decision comes with important security and political risks.