British lawmakers have revealed their distaste for the US politician in a three-hour debate which was held following a petition calling for a ban on his entering the UK. The debate ended without a vote. 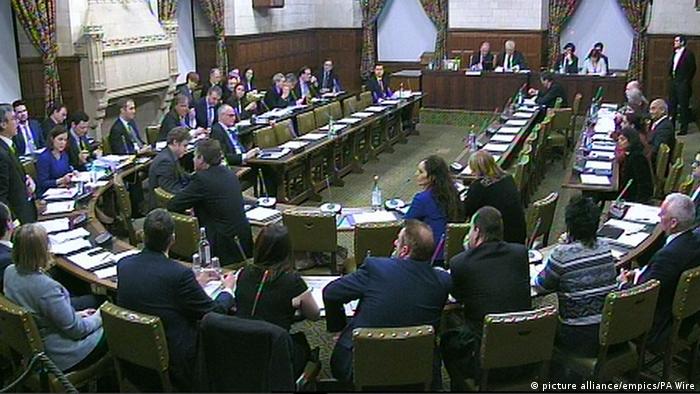 Donald Trump might not be popular among lawmakers in Britain's Parliament, but he'll be allowed to enter the UK regardless. Only interior minister Theresa May can issue an order banning entry to the country.

The debate was held after 574,000 people signed a "Ban Trump" petition which stated that the UK "has banned entry to many individuals for hate speech" and argued that the rules should be "fairly applied to the rich as well as poor."

A three-hour debate in a crowded Westminster Hall committee room involved parliamentarians from all the major parties on Monday. It ended without a vote.

Still, British politicians made it clear they didn't condone Trump's controversial views, especially his promise to ban Muslims from entering the US or his suggestion that the majority of Mexican immigrants are rapists and drug dealers.

"I want to see Donald Trump come to this country...I want him to get a sense of the fury and the frustration with his xenophobic remarks," said Gary Robinson, a member of Northern Ireland's Democratic Unionist Party.

Labour Party leader Paul Flynn said, meanwhile, that he didn't want to give Trump the "halo of victimhood," and that the politician had already received "far too much attention."

Prime Minister David Cameron himself said he was opposed to barring Trump from the country, even though he believed the politician's comments about Muslims were "divisive, stupid and wrong."

As the House of Commons prepares to debate a petition banning Donald Trump from entering the UK, the Scottish campaigner behind the motion tells DW she's pleasantly surprised at the attention she's been getting. (17.01.2016)

Trump and Cruz square off during Republican presidential debate

The two frontrunners in the US Republican primary have exchanged bitter words at the latest debate. Tension in the party is mounting as conservatives gear up to go to the polls in the state of Iowa. (15.01.2016)