A father and his two children have been found dead in a swimming pool in Spain. A faulty pool pump may have led to the family drowning while on vacation on Christmas Eve. 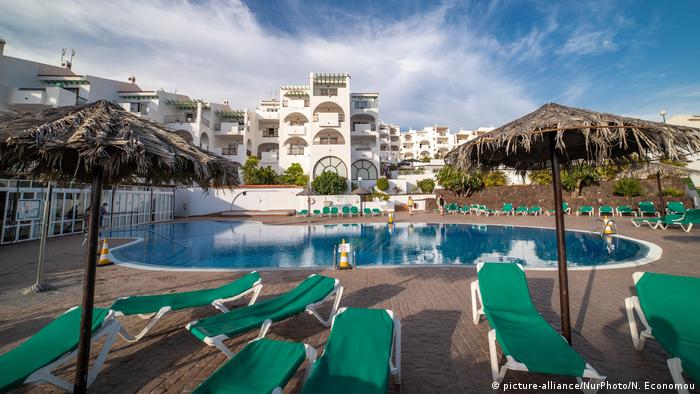 Three members of a British family were found dead in a swimming pool on Tuesday while on vacation in Spain, authorities said.

Police arrived on the scene in Mijas, near Malaga in Andalusia, after receiving a phone call, to find the bodies of a 53-year-old man and his children, who were nine and 16.

"The officers discovered that the three ... had died and nothing could be done to save them," local authorities said in a statement.

The father and the 16-year-old boy reportedly jumped into the pool to save the nine-year-old, after the younger girl started drowning, according to local media. A malfunctioning pool pump may have played a part in the accident.

An autopsy has yet to determine the cause of death. The management of the apartment complex offered their condolences, according to British newspaper The Sun.

"Management at Club La Costa World resort would like to offer is heartfelt condolences to the family affected by the loss of three family members on December 24 2019," they said.

"The guests were found unresponsive in one of the resort’s pools. First response teams and emergency services attended and administered first aid," they added.

The child's mother was apparently one of those who raised the alarm. The family had planned a holiday in the sun over Christmas.