EU Commission chief Jean-Claude Juncker wants Julian King to be put in charge of the bloc's counterterrorism efforts. The appointment must still be endorsed by the European Parliament. 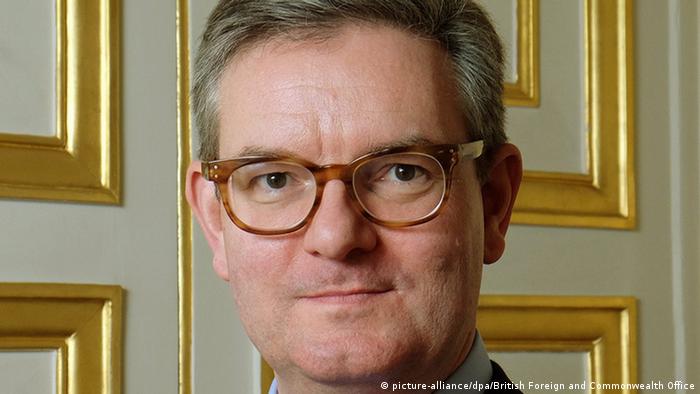 Juncker said on Tuesday that he wanted King, Britain's ambassador to France, to head the European Union's fight against terrorism, organized crime and radicalization - a role that bears considerable importance amid a recent spate of attacks in western Europe.

The Commission said in a statement that as new security commissioner, King would supervise the implementation of the European Agenda on Security adopted by the Commission in April last year. The agenda lays out a five-year strategy to combat terrorism and crime in the bloc.

In his appointment letter, Juncker said he wanted King to be in charge of "initiatives to upgrade Europol's European Counter Terrorism Centre into a stronger structure" and "the development of efficient and interoperable information exchange systems."

Western Europe has experienced a number of attacks by terrorists linked to Islamism over the past months, notably in Paris, Nice and Brussels. Shortcomings in the sharing of information between national intelligence services have been blamed for a failure to stop some of the attacks.

German Interior Minister Thomas de Maiziere is poised to announce new security measures following a series of violent attacks. Two of the attacks have been linked to the "Islamic State" militant group. (31.07.2016)

The risk of terror attacks carried out in the name of "Islamic State" is best countered by monitoring radical groups and increasing intelligence cooperation, says Daniel Heinke of Bremen's Ministry of the Interior. (29.07.2016)

King, a career diplomat, has already worked at the European Commission in 2008 and 2009, acting as chief of staff to Trade Commissioner Peter Mandelson and later to foreign affairs chief Catherine Ashton, both of them also from Britain. He has also held posts in Dublin, New York, Paris, Luxembourg, The Hague and Lisbon.

His nomination, which comes despite the fact that Britain could leave the bloc within two years, must be approved both by the European Parliament and the EU's member states.

A spokesperson for British Prime Minister Theresa May welcomed the decision to appoint King to the security portfolio, saying that the UK would "continue to fulfil our rights and obligations as a member state until we leave the EU."

Hill stepped down after Britons voted on June 23 to leave the bloc, with his portfolio now being shared between Latvia's Valdis Dombrovskis, the Commission vice president for the euro, and Economics Affairs Commissioner Pierre Moscovici of France.